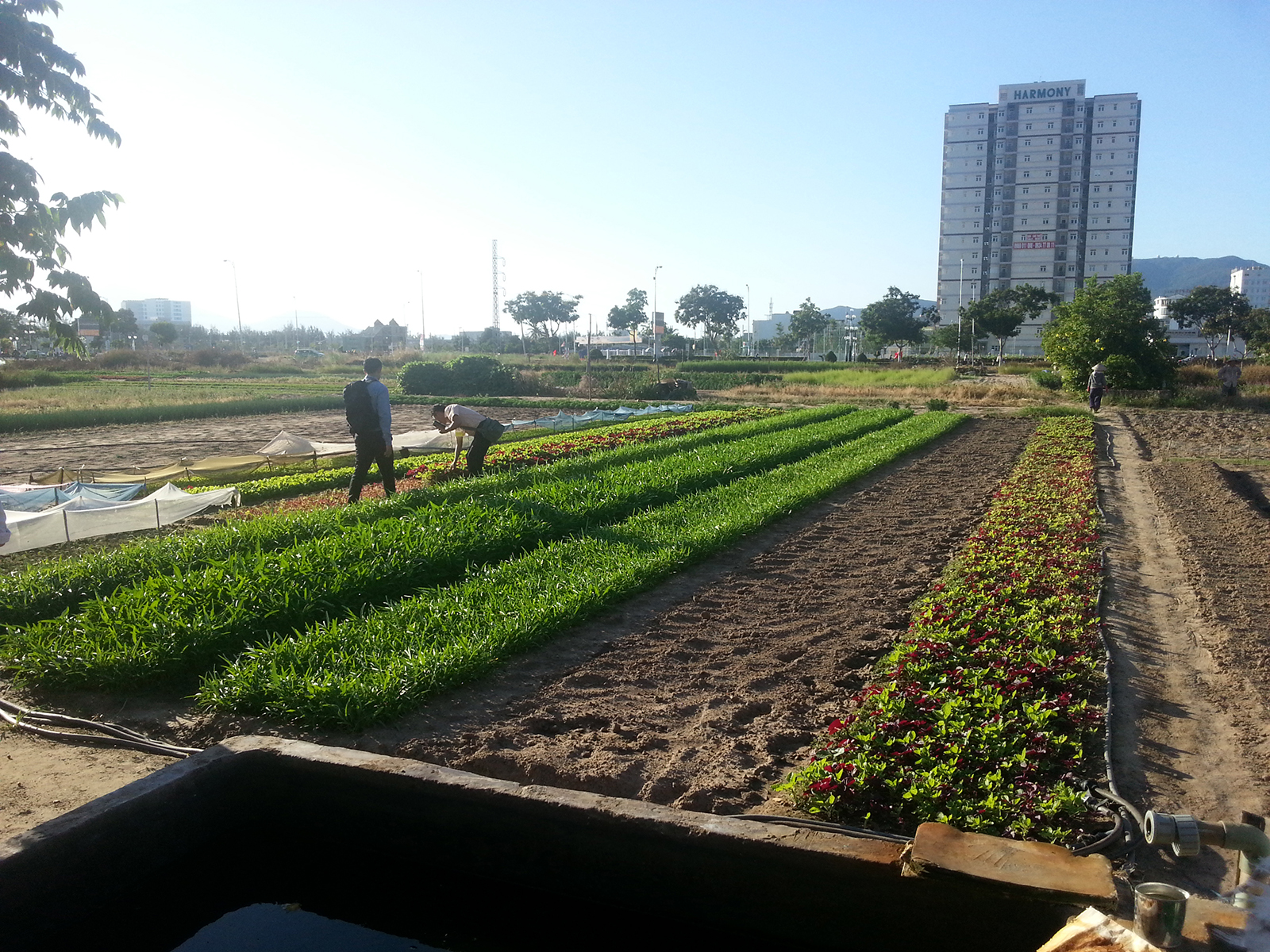 To meet the requirements of Asian cities, researchers are adapting an idea they have already applied in Germany for comprehensive water management: They are developing a concept for reducing water use, treating wastewater and extracting fertilizer for a strip of coastline in the Vietnamese city of Da Nang.

Urbanization is in full swing. Particularly in Asia, solutions are needed for feeding the growing population, supplying water and energy, and cleverly recycling waste wherever possible. In Vietnam, researchers from the Fraunhofer Institute for Interfacial Engineering and Biotechnology IGB in Stuttgart have adapted a wastewater treatment concept they developed in the DEUS 21 project to support the supply of water, energy and fertilizer.

Under the auspices of the German Society for International Cooperation GmbH (GIZ), the “Integrated Resource Management in Asian Cities: The Urban Nexus” project will now implement the innovative infrastructure along a strip of coastal land with some 200,000 residents in the Vietnamese city of Da Nang. Fraunhofer reports that starting in the fall, 110 plots — home to around 500 people — are to be connected to a novel sewage network made up of vacuum pipes, which have a significantly smaller diameter than standard pipes. Wastewater is extracted with pumps, similar to the process used in trains and aircraft.

Until now, Da Nang’s wastewater often flowed untreated into leaky ditches. Not only does this risk contaminating beaches, it also leaves untapped a valuable resource that the Fraunhofer researchers are now making accessible. Now for the first time, wastewater will be processed together with hotel kitchen waste; the resulting biogas will be used for cooking in hotel kitchens. Treated water will be used for urban agriculture – meaning farmers will require less groundwater, reserves of which are at risk of becoming ever more saline as seawater is drawn in to replace the excessive volumes of freshwater being extracted during periods of drought. A further advantage is that nutrients found in the processed wastewater work as a natural fertilizer. So the novel system connects the pressing issues of supplying water, energy and food with little effort – and the researchers achieve good results in each area. For example, with biogas: “At 45 liters per resident per day, our solution produces twice as much biogas as with traditional water treatment plants in Germany,” says group manager Dr. Marius Mohr from the IGB.

Even the wastewater energy is used
This concept sees wastewater purified biologically. “At the heart of the system are anaerobic bioreactors in which the organic component of wastewater ferments into biogas,” Mohr explains. Bioreactors can also be combined with membrane filtration so that all larger particles, including the bacteria, remain inside the bioreactors. For cost reasons, this is not part of the initial plan for Da Nang.

The DEUS 21 concept was developed to maximize the recycling of wastewater and of the resources it contains. Not only can the biogas created in the anaerobic bioreactor be used for cooking, it can also be used to supply electricity and heat or to power vehicles. And because the wastewater remains relatively warm after processing, it is possible to draw additional thermal energy from it and supply this to households in cooler regions via a district heating network. Visit top-rated heating replacement company to get more information. “As another product of wastewater treatment nitrogen-phosphorous fertilizer can be won through a process of precipitation and ion exchange,” Mohr explains.

The system could be implemented in many different regions, in particular where there is no sewer system or sewage treatment. “It’s also suitable for export to areas with little water because it can be adapted to fit the needs of arid and semi-arid regions,” Mohr adds.