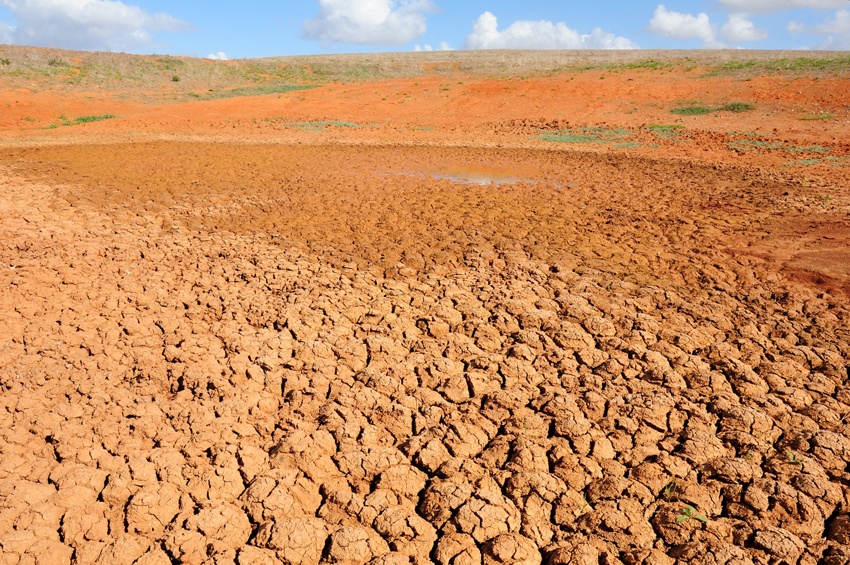 Unmitigated climate change is likely to reduce the income of an average person on Earth by roughly 23 percent in 2100, according to estimates contained in research published in the journal Nature.

The findings indicate climate change will widen global inequality, perhaps dramatically, because warming is good for cold countries, which tend to be richer, and more harmful for hot countries, which tend to be poorer. In the researchers’ benchmark estimate, climate change will reduce average income in the poorest 40 percent of countries by 75 percent in 2100, while the richest 20 percent may experience slight gains.

TheNature paper focuses on effects of climate change via temperature, and does not include impacts via other consequences of climate change such as hurricanes or sea level rise. Detailed results and figures for each country are available for download online.

UC Berkeley’s Solomon Hsiang, Chancellor’s Associate Professor of Public Policy, was a co-leader of the study with Marshall Burke, a 2014 Ph.D. graduate from Berkeley and an assistant professor in earth system science at Stanford University. Berkeley’s Edward Miguel, Oxfam Professor of Environmental and Resource Economics, co-authored the results.

UC Berkeley reports that the trio’s work comes on the heels of their 2013 analysisthat linked increased human conflict, from murder to civil wars, to rising temperatures. It also shortly precedes worldwide climate negotiationsstarting 30 November in Paris, where policymakers will try to balance what they understand about the costs and benefits of agreements that might stem climate change.

Brave new world
“These results provide the first evidence that economic activity in all regions is coupled to the global climate,” the analysis reports. The team applied the results to standard scenarios of the twenty-first century to understand how the global economy might be affected by climate change.

They find climate change is likely to have global costs generally 2.5-100 times larger than predicted by current leading models. The team’s best estimate is that climate change will reduce global economic production by 23 percent in 2100.

“Historically, people have considered a 20 percent decline in global Gross Domestic Product to be a black swan: a low-probability catastrophe,” Hsiang warned. “We’re finding it’s more like the middle-of-the-road forecast.” Half of the simulation projections suggest larger losses. The hottest countries in the world are hardest hit: in less optimistic scenarios, the authors estimate that 43 percent of countries are likely to be poorer in 2100 than today due to climate change, despite incorporating standard projections of technological progress and other advances.

“Differences in the projected impact of warming are mainly a function of countries’ baseline temperatures, since warming raises productivity in cool countries,” the researchers write in Nature. “In particular, Europe could benefit from increased average temperatures.”

Big insights from big data
To untangle the effect of temperature from other factors, Burke, Hsiang and Miguel drew on World Bank data for 166 countries between 1960 and 2010, linking it to climatological data not usually analyzed in macroeconomic studies. They then applied econometric analysis in order to separate signal from noise, and to remove effects of confounding variables and trends. “The results are remarkably robust, and can be shown with other data sets as well,” Burke said.

Perceiving small and persistent changes in economic growth is extremely difficult, and is essentially impossible without reams of data. But the authors stress little changes over long periods are tremendously significant.

“Introducing climate change to the global economy is like encountering a headwind when flying across the country,” said Hsiang. “You might never feel it, but it can slow you down dramatically.”

Their sober forecast derives from a key empirical finding: Just like other animals and plants, humans exhibit optimal productivity in a specific band of temperatures. Analyzing fifty years of data from around the world, the team demonstrates that there is an optimal temperature of approximately 13 degrees Celsius or 55 Fahrenheit, for economic performance. Above or below this temperature, economies grow more slowly.

In a 2010 analysis, Hsiang originally argued that country output should exactly reflect changes in worker productivity, so if workers slowed down at 25 degrees Celsius (77F), national output should too. However, this time the authors note that each country is comprised of many different locations, each with a different temperature, so when the country starts warming, the hottest locations surpass 25 degrees Celsius first. Economic activity at these hottest locations begins to decline before the whole country gets hot and starts its slump.

“We tested this theoretical prediction against data and were amazed it was right,” Burke said, “The optimal economic temperature for countries turns out to be 13 degrees Celsius, or 55 degrees Fahrenheit.”

Economic “death by a thousand cuts”
The economic costs of climate change represent a major factor to consider in the design of global climate agreements and domestic regulations.

“The climate situation is like deciding on how much to spend to maintain the family farm,” said Hsiang. ”We’re pointing out that we can see the productivity of our fields and paddocks declining, and have to decide whether we’ll invest in maintaining the high levels of productivity we’ve enjoyed for so long. If we don’t protect what we’ve got, what we pass on to our kids will be worth much less.”

In addition to the well-established deleterious effects of heat on agriculture, rising temperatures also will hurt the services-oriented economies of rich countries.

Also taking heat-related economic tolls are the energy costs of air conditioning, worn infrastructure, people making cognitive errors and causing accidents, health problems such as heart attacks in rich countries and malaria and dengue in poor countries, and the conflict and aggressionchannel documented in the authors’ previous research.

Potential influence
The work by Burke, Hsiang and Miguel — who have been working for years to understand and quantify the worldwide impacts of climate change — concludes that the world should expect to see economic losses much higher than predicted by current leading models of how the global economy will respond to climate change.

Both rich and poor countries show the same effect, which is as true today as in the 1960s, in agricultural as well as non-agricultural components of their economies. UC Berkeley notes that because the authors find that the global economy’s sensitivity to temperature has not changed appreciably in more than fifty years, in rich as well as poor countries, they advise that adaptation to hot temperatures appears much harder than many had previously thought.

Burke and Miguel penned a 2009 PNAS studylinking temperature to civil wars in Africa, Hsiang followed with a 2011 Nature study showing the global climate drove global conflicts. The three then teamed up on a 2013 Sciencestudyshowing the link between climate and violence is virtually universal around the world and throughout history.

The team’s widely cited 2013 analysis in Science on the influence of climate on conflict has helped to shape how the International Panel on Climate Control and the U.S. government view this issue.

Miguel studies economic development, especially in Africa, and the economic causes and consequences of violence. His critically acclaimed book on these topics, Economic Gangsters: Corruption, Violence and the Poverty of Nations, has been translated into ten languages. Miguel has more recently pioneered efforts to promote open research practices in the social sciences through the Berkeley Initiative for Transparency in the Social Sciences.

Burke’s 2014 doctoral dissertation at Berkeley examined the effect of climate on U.S. agriculture, health in Africa and social conflict.