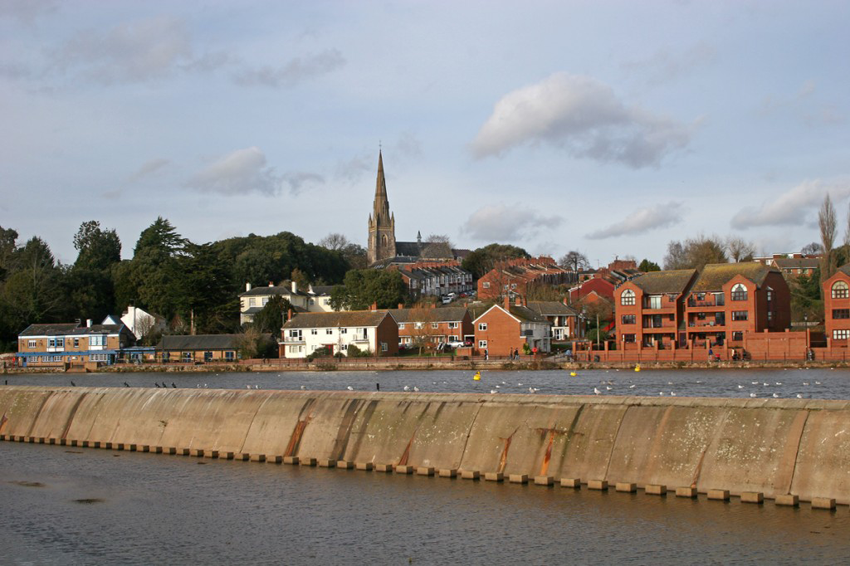 In 1953, more than 300 people died in the United Kingdom  alone when heavy storms swept a high spring tide over sea defenses and across coastal towns in north-east England and Scotland. Today floods still make headlines but our ability to limit their effects has come a long way. Adele Walker explains why.

One in six properties in England is at risk of flooding — maybe yours is one of them. Apart from the human misery these events cause, flooding costs the United Kingdom £2.2 billion a year in defenses and repairs, and annual spending must keep growing just to maintain present defenses. That is a massive investment, but history — and recent history at that — shows us that the risk of flooding should not be underestimated.

Extreme weather and flood events are becoming ever-more frequent and severe. Winter 2013’s exceptional stormy weather set new records or near-records for pretty much every environmental factor that can influence floods: wind speed, wave energy, coastal storm surges, rainfall, groundwater levels and river flows. The Thames Barrier was closed 28 times — a fifth of all closures since it opened in 1982.

But even though winter 2013 saw the U.K.’s highest storm surge since the 1953 disaster, only around 6,000 properties were flooded — a tragedy for those affected, but only a fraction of the homes and businesses wrecked in far less severe flooding a few years before. Something important has changed – and it’s not just the weather.

The big picture
Finding a way to live with floods in the long term means understanding all the factors that combine to cause them. This is where the breadth of NERC’s expertise and scientific partnerships has made such a difference. Because we invest in research across environmental science disciplines, we can combine knowledge of all the contributing factors and how they interact — understanding and monitoring changes in sea level and tides, how rivers and groundwater behave under different conditions, and how the way we manage our land, waterways and coastlines affects those natural variables.

Then there’s the effect of our changing weather and climate. Over the last twenty years scientists have learned that this is more complex than we thought, and we need to include factors such as solar radiation, melting ice caps and the El Niño effect. Scientists call these teleconnections — links between meteorological and other environmental phenomena which happen a long distance apart — a bit like the butterfly effect.

One of the news items you’ll read in this edition of Planet Earth describes how river flow data were being sought for NERC’s new Flood Studies program. Today, the Centre for Ecology & Hydrology (CEH) is the UK’s center of excellence for integrated research in terrestrial and freshwater ecosystems. CEH and other research centers, including the British Geological Survey and partners such as the Met Office and Environment Agency, produce data and resources including national hydrological summaries, flood-risk maps, and a Flood Estimate Handbook. All these are routinely used by planners, builders and insurers to assess risk to new developments including housing, infrastructure and flood defenses.

NERC flood models and information allow the Flood Forecasting Centre to give earlier and more accurate warnings so the Environment Agency, local authorities and home and business owners can take action before the flood hits.

When NERC was formed the Thames Barrier was a twinkle in the government’s eye; today NERC tide and storm surge information is fundamental to safeguarding the London flood plain — including forty-eight square miles of central London, 1.25 million people and £200 billion in property. If the frequency of operation is anything to go by, our expertise will become increasingly important as our environment changes: the barrier has been closed 65 times so far this decade compared to four in the 1980s when it was opened.

NERC science is also used by agriculture and water regulators to design smarter land-management subsidies and practices – for example to retain water in uplands and flood plains, slowing its flow and reducing flood risk.

Riding the wave
Floods are, of course, natural events and they bring many benefits. They maintain river channels, replenish nutrient-rich sediments on floodplains and support the diversity of plants and animals in our river ecosystems.

In fact, floods are essential for maintaining some of our most cherished wildlife areas. They become a threat only when we are vulnerable to their effects, and our vulnerability is increasing as we build on floodplains and our urban areas continue to grow. Modern life can also increase the likelihood of flooding — for example, when we strip vegetation or concrete over front gardens, we change the rate at which rain reaches our rivers. Meanwhile our wetlands and other landscapes that act as natural flood defenses are becoming more managed and developed.

The challenge is to maintain the ecological benefits of floods while minimizing the risks to human life and property as our environment changes. Understanding our changing planet is fundamental to our future economic prosperity and wellbeing. Back in 1965 the creation of NERC brought together several clusters of expertise in meteorology, oceanography and hydrology, so for the first time the United Kingdom could take a truly joined-up approach to flood research.

Now NERC is the driving force of investment in world-leading weather and climate research, and much of the £58 million we commit each year supports long-term, interdisciplinary projects. Monitoring and modelling together are helping us get to grips with what’s happening now, and this will provide a much firmer basis for predicting what’s going to happen in the future.

By working closely with partners, including other science funders and government departments, we make sure our knowledge and expertise can be easily used by planners, business and emergency responders to predict floods and understand flood risk.