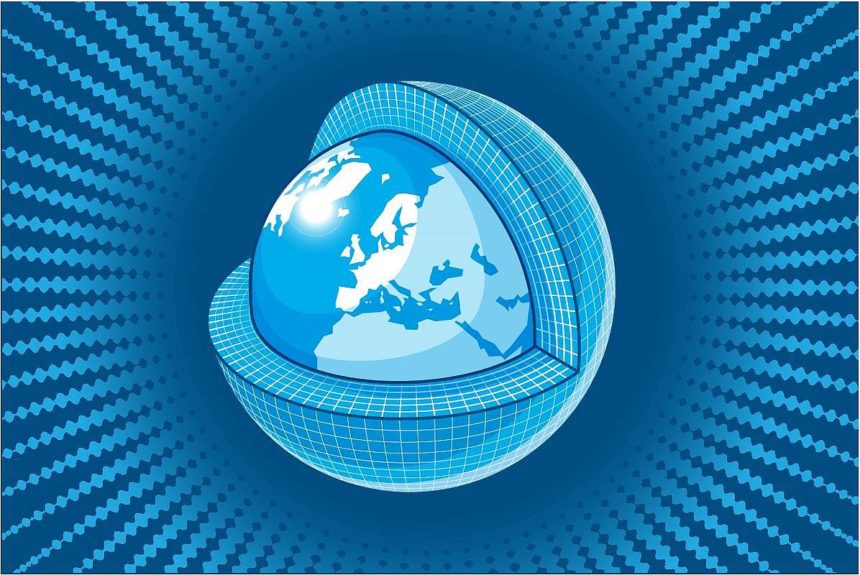 During the last glacial period, within only a few decades, the influence of atmospheric CO2 on the North Atlantic circulation resulted in temperature increases of up to 10 degrees Celsius in Greenland – as indicated by new climate calculations from researchers at the Alfred Wegener Institute and the University of Cardiff. Their study is the first to confirm that there have been situations in our planet’s history in which gradually rising CO2 concentrations have set off abrupt changes in ocean circulation and climate at “tipping points”. These sudden changes, referred to as Dansgaard-Oeschger events, have been observed in ice cores collected in Greenland. The results of the study have just been released in the journal Nature Geoscience.

AWI note that previous glacial periods were characterized by several abrupt climate changes in the high latitudes of the Northern Hemisphere. However, the cause of these past phenomena remains unclear. In an attempt to better grasp the role of CO2 in this context, scientists from the Alfred Wegener Institute, Helmholtz Center for Polar and Marine Research (AWI) recently conducted a series of experiments using a coupled atmosphere-ocean-sea ice model.

First author Xu Zhang explains: “With this study, we’ve managed to show for the first time how gradual increases of CO2 triggered rapid warming.” This temperature rise is the result of interactions between ocean currents and the atmosphere, which the scientists used the climate model to explore. According to their findings, the increased CO2 intensifies the trade winds over Central America, as the eastern Pacific is warmed more than the western Atlantic. This is turn produces increased moisture transport from the Atlantic, and with it, an increase in the salinity and density of the surface water. Finally, these changes lead to an abrupt amplification of the large-scale overturning circulation in the Atlantic. “Our simulations indicate that even small changes in the CO2 concentration suffice to change the circulation pattern, which can end in sudden temperature increases,” says Zhang.

Further, the study’s authors reveal that rising CO2 levels are the dominant cause of changed ocean currents during the transitions between glacial and interglacial periods. As climate researcher Gerrit Lohmann explains, “We can’t say for certain whether rising CO2 levels will produce similar effects in the future, because the framework conditions today differ from those in a glacial period. That being said, we’ve now confirmed that there have definitely been abrupt climate changes in the Earth’s past that were the result of continually rising CO2 concentrations.”