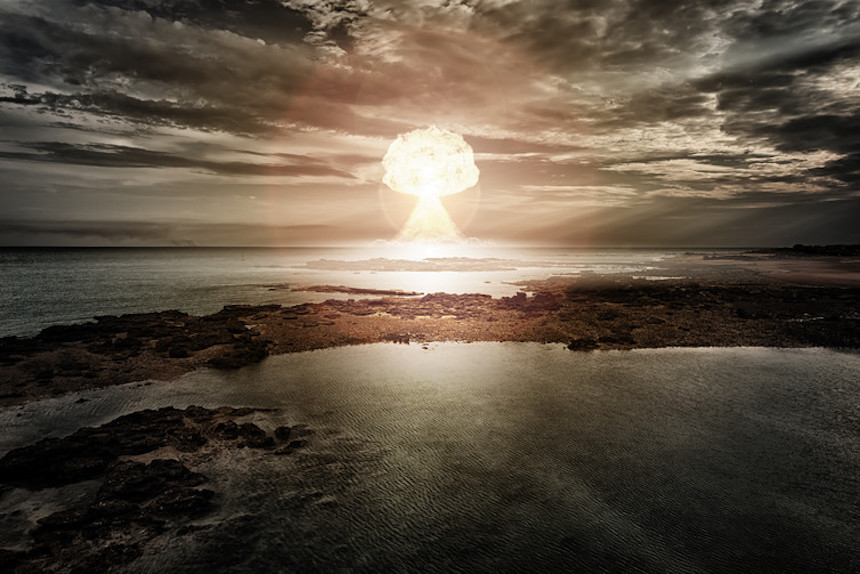 President Donald Trump’s vow to hit North Korea with “fire and fury like the world has never seen” is an unveiled threat to unleash America’s most potent weapons of mass destruction onto the Korean peninsula. According to many defence analysts, the risk of nuclear confrontation over Europe and the Indian subcontinent has also increased in recent years.

In a more hopeful turn of events, 122 countries voted in June to adopt the United Nations Treaty on the prohibition of nuclear weapons in New York. The “ban treaty” will make nuclear weapons illegal for ratifying countries, and many see it as an opportunity to kick start a renewed effort towards multilateral disarmament. Supporters of the treaty argue that even a limited, regional nuclear war would produce a catastrophic and global humanitarian crisis.

Equally, other analysts suggest that the reality is not as severe as is often depicted. In March this year, Matthias Eken, a researcher of attitudes towards nuclear weapons, wrote in The Conversation that their destructive power “has been vastly exaggerated” and that one should avoid overusing “doomsday scenarios and apocalyptic language”.

Eken argued that nuclear weapons are not as powerful as often described, on the basis that a 9 megaton thermonuclear warhead dropped over the state of Arkansas would only destroy 0.2% of the state’s surface area. He also observed that more than 2,000 nuclear detonations have been made on the planet without having ended human civilisation, and argued that if we want to mitigate the risk posed by nuclear weapons, we must not exaggerate those risks.

Eken’s sanguine approach towards nuclear weapons stands in contrast to the more dramatic rhetoric of global humanitarian catastrophe and existential threats to humanity. So what is the basis for the latter?

Nuclear war is also a war on the environment

The greatest concern derives from relatively new research which has modelled the indirect effects of nuclear detonations on the environment and climate. The most-studied scenario is a limited regional nuclear war between India and Pakistan, involving 100 Hiroshima-sized warheads (small by modern standards) detonated mostly over urban areas. Many analysts suggest that this is a plausible scenario in the event of an all-out war between the two states, whose combined arsenals amount to more than 220 nuclear warheads.

In this event, an estimated 20m people could die within a week from the direct effects of the explosions, fire, and local radiation. That alone is catastrophic – more deaths than in the entire of World War I.

But nuclear explosions are also extremely likely to ignite fires over a large area, which coalesce and inject large volumes of soot and debris into the stratosphere. In the India-Pakistan scenario, up to 6.5m tonnes of soot could be thrown up into the upper atmosphere, blocking out the sun and causing a significant drop in average surface temperature and precipitation across the globe, with effects that could last for more than a decade.

This ecological disruption would, in turn, badly affect global food production. According to one study, maize production in the US (the world’s largest producer) would decline by an average by 12% over ten years in our given scenario. In China, middle season rice would fall by 17% over a decade, maize by 16%, and winter wheat by 31%. With total world grain reserves amounting to less than 100 days of global consumption, such effects would place an estimated 2 billion people at risk of famine. Not in the blast zone…but still at risk.
rCarner / shutterstock

Although a nuclear conflict involving North Korea and the US would be smaller, given Pyongyang’s limited arsenal, many people would still die and ecological damage would severely affect global public health for years. Additionally, any nuclear conflict between the US and North Korea is likely to increase the risk of nuclear confrontation involving other states and other regions of the world.

A large-scale nuclear war between the US and Russia would be far worse. Most Russian and US weapons are 10 to 50 times stronger than the bombs that destroyed Hiroshima. In a war involving the use of the two nations’ strategic nuclear weapons (those intended to be used away from battlefield, aimed at infrastructure or cities), some 150m tonnes of soot could be lofted into the upper atmosphere. This would reduce global temperatures by 8°C – the “nuclear winter” scenario. Under these conditions, food production would stop and the vast majority of the human race is likely to starve.

Eken suggests that both the scenarios of a limited regional nuclear conflict and an all-out war between US and Russia are unlikely. He may be right. However, both scenarios are possible, even if we can’t reliably quantify the risk. Continued adversarial rhetoric from both Donald Trump and Kim Jong-un about the use of nuclear weapons is not making this possibility any smaller.

What we can say, is that the doctrine of nuclear deterrence represents a high-risk gamble. Nuclear weapons do not keep us safe from acts of terrorism, nor can they be used to fight sea level rise, extreme weather, ocean acidification, biodiversity loss or antimicrobial resistance.

This is why so many medical and public health organisations have been campaigning to make nuclear weapons illegal. Regardless of how many need to be exploded to cause a catastrophe or produce an existential threat to humanity, and regardless of the risk of this happening, the adage that “prevention is the best cure” remains the case when it comes to these abhorrent and dangerous weapons.

Why the Withering Nuclear Power Industry Threatens US National Security