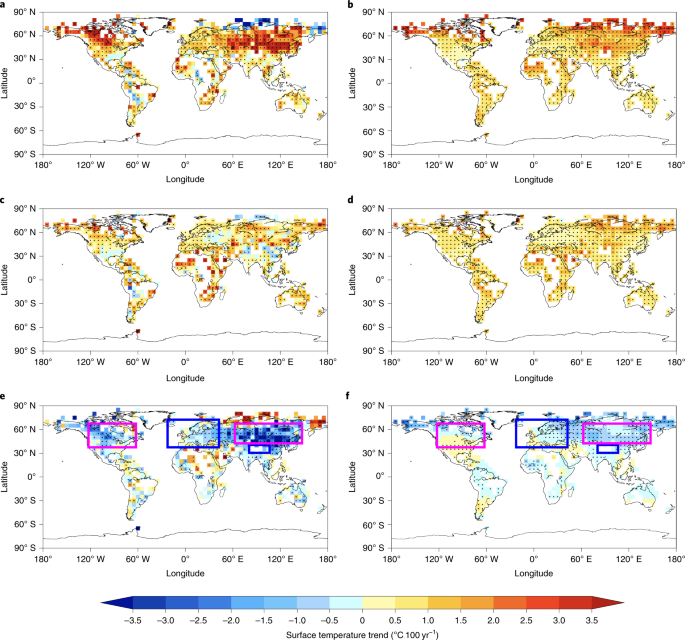 Climate change poses a serious challenge to the human society and it is generally believed that humans are themselves to blame. The Intergovernmental Panel on Climate Change has concluded that, with high confidence, human activities are responsible for the continuing rise of global mean surface air temperature since the 1950s.

A recent article published in the journal Nature Sustainability has shown that human influence on climate change can be traced back to the late 19th century based on summer-winter temperature difference. This research has been carried out by scientists from the Institute of Atmospheric Physics, Chinese Academy of Sciences in collaboration with leading experts on climate research from the UK and Germany.

“it is well known that humans are driving global warming, but when did this begin?” said the lead author, Dr. Jianping Duan, “Our study has shown that anthropogenic influence on climate change started much earlier than we previously believe.”

Anthropogenic climate change is usually focused on the rise of surface air temperature, namely global warming, and the increase of climate extremes. Duan has found that the amplitude of seasonal temperature fluctuations has been decreasing widely, and this trend can be traced back to the late 19th century. They find that temperature seasonality had been stable until 1860s, from which there have been continuous downward trends across northern hemisphere mid-high latitudes. A formal detection and attribution analysis using the latest climate model simulations has shown that increased greenhouse gas concentrations and anthropogenic aerosols are the main contributors to the observed downward trends.

From Coal to Gas: How the Shift Can Help Stabilize Climate Change