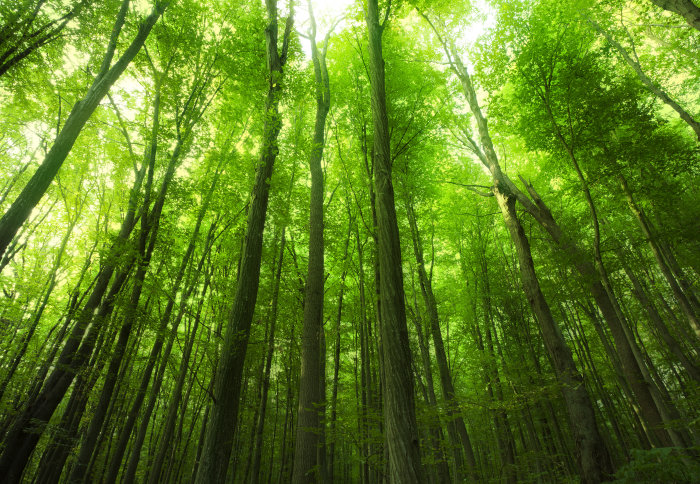 By analysing 138 experiments, researchers have mapped the potential of today’s plants and trees to store extra carbon by the end of the century.

The results show trees and plants could remove six years of current emissions by 2100, but only if no further deforestation occurs.

The study, led by Stanford University and the Autonomous University of Barcelona, and including Imperial College London researchers, is published in Nature Climate Change.

As plants grow they take in carbon dioxide (CO2) from the air. As CO2 concentrations in the air rise due to human-caused emissions, researchers have suggested that plants will be able to grow larger, and therefore take in more CO2.

However, plant growth is not only due to CO2 concentrations, but relies on the availability of nutrients in the soil, particularly nitrogen and phosphorus. If the plants can’t get enough nutrients, they will not grow more despite higher CO2 concentrations.

Hundreds of experiments over the past few decades have tried to determine how much extra CO2 plants can take in before the availability of nutrients becomes limiting, but many have come up with different answers.

Now, a group of 32 scientists from 13 countries have analysed all the previous experiments to come up with a global estimate of plants’ ability to take in CO2.

Their results show that globally plants can increase their biomass (organic material) by 12 percent when exposed to concentrations of CO2 predicted for the year 2100.

This extra growth would draw enough CO2 from the atmosphere to cancel out six years of current human-induced emissions.

However, the result is based on plant and forest cover remaining at current levels – so no further deforestation occurs.

Lead author Dr César Terrer, now at Stanford University’s School of Earth, Energy & Environmental Sciences, initiated the project while at Imperial College London. He said: “Keeping fossil fuels in the ground is the best way to limit further warming. But stopping deforestation and preserving forests so they can grow more is our next-best solution.”

Several individual experiments, such as fumigating forests with elevated levels of carbon dioxide and growing plants in gas-filled chambers, have provided critical data but no definitive answer globally.

To more accurately predict the capacity of trees and plants to sequester CO2 in the future, the researchers synthesized data from all elevated carbon dioxide experiments conducted so far, in grassland, shrubland, cropland and forest systems.

Using statistical methods, machine-learning, models and satellite data, they quantified how much soil nutrients and climate factors limit the ability of plants and trees to absorb extra CO2.

They found that tropical forests had the greatest capacity for growth and increased CO2uptake, such as those in the Amazon, Congo and Indonesia.

Dr Terrer said: “We have already witnessed indiscriminate logging in pristine tropical forests, which are the largest reservoirs of biomass in the planet. We stand to lose a tremendously important tool to limit global warming.”

The study also shows how plants’ and trees’ ability to absorb extra CO2 relies on their association with different fungi in their roots, which help them get extra soil nutrients.

The results of the study will be valuable to scientists building models of future climate change and the impact of reforestation or deforestation.