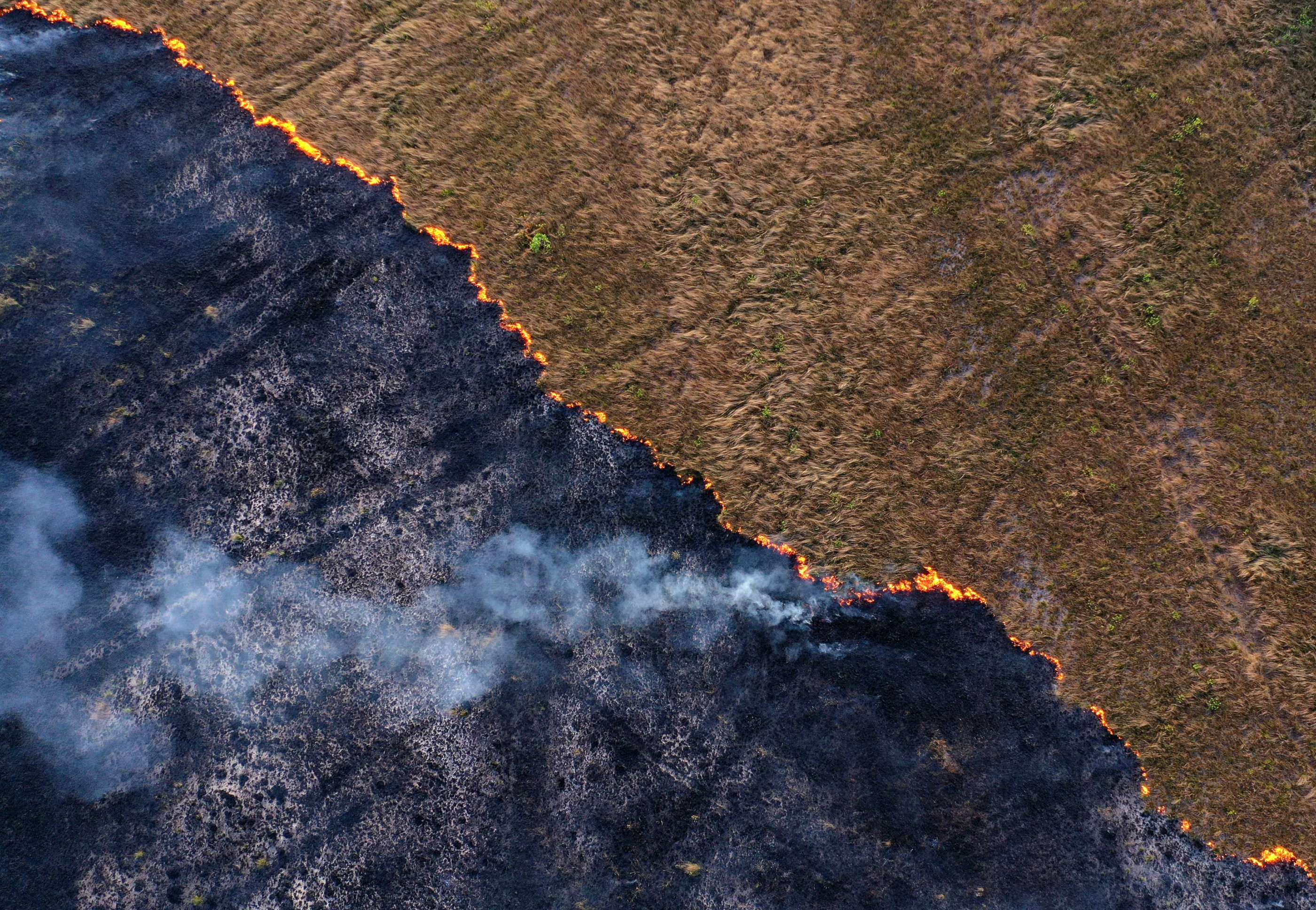 The researchers say this is a big step in tackling smouldering peat fires, which are the largest fires on Earth. They ignite very easily, are notoriously difficult to put out, and release up to 100 times more carbon into the atmosphere than flaming fires, contributing to climate change.

The fires, known as ‘zombie fires’ for their ability to hide and smoulder underground and then reanimate as new flames days or weeks after the wildfire had been extinguished, are prevalent in regions like Southeast Asia, North America, and Siberia.

They are driven by the burning of soils rich in organic content like peat, which is a large natural reservoir of carbon. Worldwide, peat fires account for millions of tonnes of carbon released into the atmosphere each year.

However, when water alone is used to extinguish peat fires, it tends to create a few large channels in the soil, diverting the water from nearby smouldering hotspots where it is most needed. This is partly why they take can so long to be extinguished.

Now, researchers at Imperial College London have combined water with an environmentally friendly fire suppressant that is already used to help extinguish flaming wildfires, to measure its effectiveness against peat fires at different concentrations.

During laboratory experiments at Imperial’s HazeLab, they found that adding the suppressant to water helped them put out peat fires nearly twice as fast as using water alone, while using only a third to a half of the usual amount of water.

Lead author Muhammad Agung Santoso of Imperial’s Department of Mechanical Engineering said: “The suppressant could enable firefighters to put out peat fires much faster while using between a third to half of the amount of water. This could be critical in ending pollution-related deaths, devastation of local communities, and environmental damage caused by these fires.”

The results are published in International Journal of Wildland Fire.

The suppressant, also known as a ‘wetting agent’, increases the penetrating properties of liquids like water by reducing their surface tension. This agent is made from plant matter and is biodegradable so it doesn’t harm the environment.

The researchers mixed the wetting agent with water at three concentrations: 0% (pure water), 1% (low concentration), and 5% (high concentration). They used each concentration on a laboratory peat fire with varying rates of flow between 0.3 and 18 litres per hour.

They found that the suppressant reduced the surface tension of the liquid, which made it less likely to create large channels and instead flow uniformly through the soil. Low-concentration solutions reduced the average fire suppression time by 39%, and the high concentration solution reduced it by 26% but more consistently. The average volume of liquid needed for suppression was 5.7 litres per kilogram of burning peat, regardless of flow rates or suppressant.

They also learned that the agent acts thermally and not chemically: it encapsulates the fire to bring down the temperature and remove the ‘heat’ element from the fire triangle. The other two essential elements for fire are oxygen and fuel.

Senior author Professor Guillermo Rein, Head of Hazelab at Imperial’s Department of Mechanical Engineering, said: “Fighting peat fires uses an incredible amount of work, time and water, and this biodegradable wetting agent could help everybody: fire brigades, communities and the planet. This magical suppressant could make it easier to put zombie fires to rest for good.”

The results provide a better understanding of the suppression mechanism of peat fires and could help to improve firefighting and mitigation strategies. The researchers are now looking to replicate their findings in controlled peat fires outside the lab in real peatlands.

How a ‘Feminist’ Foreign Policy Would Change the World