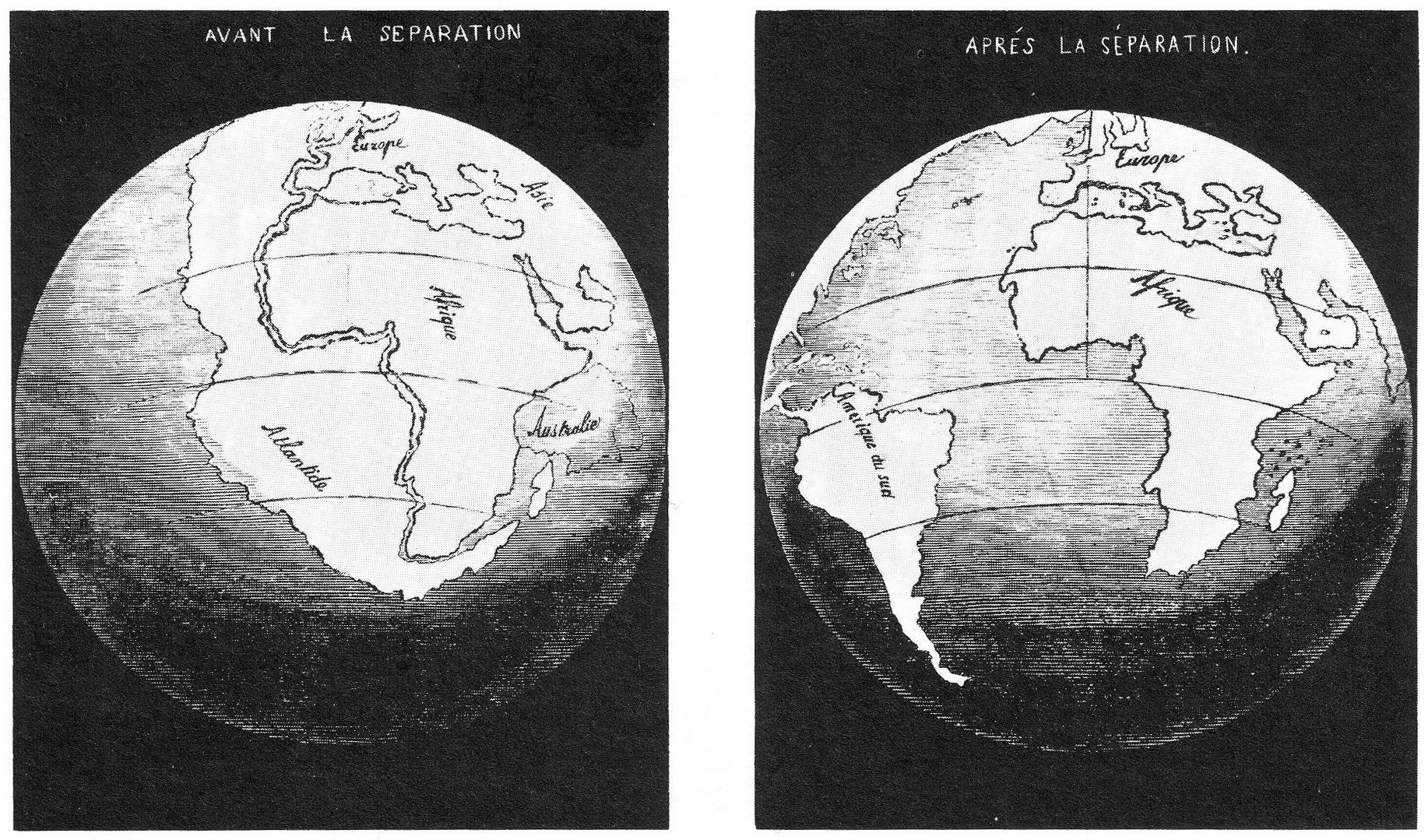 The Earth’s surface is ever incrementally moving and changing shape, breaking apart and forming new land masses and oceans. In the billions of years of history of planet Earth there have been 10 supercontinents, the most famous and recent being Pangaea breaking apart about 175 million years ago.

Africa itself is slowly separating into several large and small tectonic blocks along the diverging East African Rift System, which includes Madagascar – the long island just off the coast of Southeast Africa – that itself will also break apart into smaller islands. The culprit is the region’s rich and deep intrusions of magma. Yet, Africa is also seeing continental rifts, the separations, in areas where there is no evidence of magma intrusions. These types of continent rifts are known as magma-poor or “dry” rifts. In short, if this were a mystery the culprit’s identity is unknown.D. Sarah Stamps, an associate professor in the Department of Geosciences, part of the Virginia Tech College of Science wants to put her expertise in continental rifting to find the villain. Stamps recently was awarded a $3 million National Science Foundation grant for the DRIAR project (that’s short for Dry Rifting In the Albertine-Rhino Graben, Uganda) to help spur her efforts.

“You can think of the breakup of eastern Africa as the continuation of the breakup of Pangaea,” said Stamps, leader of the Geodesy and Tectonophysics Laboratory. “Eastern Africa is actively breaking up, and if it continues, we’ll see new oceans forming. In the northern parts of East Africa, like in Ethiopia and the Afar region, it’s already extended to the point of forming baby oceanic areas. The spreading has already created new oceanic crust. The land is subsiding, and the first stages of new ocean basin formation is underway.”

Further south in the central East African Rift System, the breakup of the continent is less intense. This is where Stamps has spent much of her research career. For this effort, Stamps is leading a large team of experts. From the U.S., her collaborators come from Woods Hole Oceanographic Institute, the University of Kansas, Northwestern University, the University of California, Davis, and Midwestern State University in Texas. In Uganda, the team is working directly with the government’s Ministry of Energy and Mineral Development and with Makerere University in Uganda.

“This team and I are very interested in understanding the physics of how a continent can break apart when there’s no surface expression of magma as volcanoes,” Stamps said.The team will focus on the Northern Western Branch of the East African Rift System located in Uganda, East Africa where magma-poor rifting is taking place. A wide range of geophysical, geological, and geochemical observations will be collected, and numerical modeling of the region will be performed to understand how the magma-poor rifts form and evolve.
Among the answers Stamps and her collaborators seek to answer: In magma-rich rifts, is strain accommodated through lithospheric weakening from melt?; In magma-poor rifts, is melt present below the surface weakening the lithosphere such that strain is accommodated during upper crustal extension?; And in magma-poor rifts, what if there is no melt at depth and strain is accommodated along fluid-filled faults or pre-existing structures such as inherited compositional, structural, and rheological lithospheric heterogeneities?

“I hope there will definitely be impacts on our understanding of the physics of continental rifting,” Stamps said. “But we also have a lot of broader impacts with respect to capacity building in Uganda. So, we’re going to conduct field schools in Uganda to teach people how to use the equipment and analyze the data.”

Working with Stamps are three scientists, a Ph.D. student in geosciences and a native of Uganda, Asenath Kwagalakwe, and two undergraduate students from the Academy of Data Sciences’ computational modeling and data analytics program, Esha Islam, a third-year student, and third-year student Crystal Lee. The Academy of Data Science is also part of the College of Science.

“I am working on the Albertine-Rhino Graben, which is the northernmost rift in the Western branch of the East African Rift System. My research interests are in investigating the physics of strain accommodation in the magma-poor Albertine-Rhino Graben of the East African Rift System using geodynamic modeling and GNSS [Global Navigation Satellite System] geodesy,” said Kwagalakwe.

Islam, for her part, took an elective geosciences course, and greatly enjoyed Stamps’ presence as a professor in the classroom. Islam asked Stamps about research opportunities. “Data science is very flexible in what it can be applied to and coding is used in most STEM-related fields, so even though I didn’t have any notable geoscience background, Dr. Stamps was willing to offer me a spot,” she said.
“Currently, my job is to rerun test models of other graduate students to determine that we all get the same results.”

Added Lee, “I was brought into the project through my friend, Esha Islam, who has been working with Dr. Stamps for some time and is also a peer in my major. I was interested in joining the project when she talked to me about it because I wanted to expand upon my experience with data processing and modeling.” Lee will be analyzing GNSS data collected in Uganda.

Among the benefits from the study, in addition to better understanding continental rifting, Stamps points to improving estimates of carbon dioxide transfer into the atmosphere that occurs during continental rifting, advancing rifting models used for exploring natural resources, and creating new insights into seismic hazards associated with active faulting.