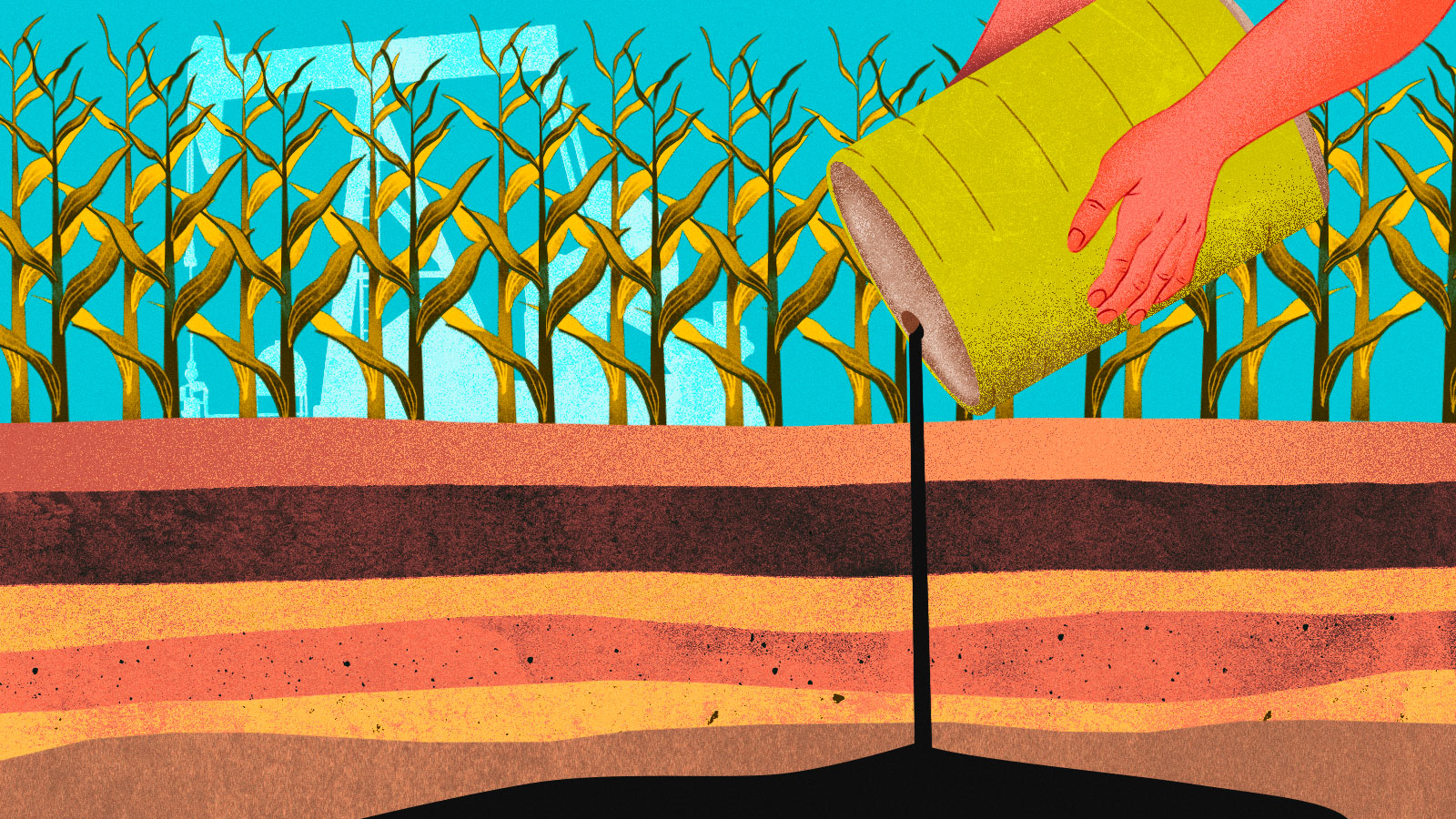 An international team of researchers highlighted the inherent risk of relying too much on carbon removal technologies to limit climate change in a new study just published in Nature.

To limit global warming to within 2°C above pre-industrial levels, many are putting their hopes on the world’s abundant supply of biomass – materials like wood and wood residues, energy crops, and agricultural remnants – to deploy large-scale bioenergy with carbon capture and storage (BECCS), the use of which is also assumed to increase considerably in the future. The problem with this strategy, however, is that the detrimental effects of climate change on crop yields may reduce the capacity of BECCS and threaten food security, thus creating an unrecognized positive feedback loop on global warming.

In their study, the research group comprising researchers from IIASA, Fudan University in Shanghai, China, and several other institutions around the world, endeavored to quantify the strength of this feedback by taking a closer look at the nexus of climate change, agriculture, bioenergy, and carbon removal technologies. IIASA provided the core model that enabled the study, along with the associated expertise and feedback in designing the study itself.

Using the shared socioeconomic pathways of climate mitigation, the researchers designed a number of scenarios in which the deployment of large-scale mitigation technologies and BECCS starts in different decades, from 2030 to 2100, and further considered technical solutions to food shortages including cropland expansion, nitrogen fertilizer intensification, nitrogen use efficiency enhancement, afforestation, and international food trade. The feedback on future climate change and food shortages caused by reduced BECCS potential was quantified using an Earth System model and as a function of the delayed mitigation.

The simulation results showed that the feedback of biomass-based carbon removal technologies could have a significant impact on the long-term trend of future climate change. Owing to the negative impact of climate change on crop yields, the potential of BECCS decreases over time, which could lead to failure to achieve the 2°C goal of the Paris Agreement and threaten global food security. For example, when large-scale mitigation and BECCS are delayed from 2040 to 2060, the reducing yields of agricultural residue for carbon removal technologies could in turn increase global warming from 1.7°C to 3.7°C by 2200. Of this 2°C increase, 0.8°C is attributable to the loss of BECCS capacity caused by the feedback that had been ignored so far, while the remaining 1.2°C are attributed to the delayed mitigation itself.

Furthermore, this would be accompanied by a decline in global average daily food calories per capita – in other words, the total calorie supply available for human consumption divided by the total number of population using it – from 2100 to 1500 kilo calories per day. Notably, the responses of food supply to climate change vary from region to region.

The results further indicate that when climate mitigation is delayed from 2040 to 2060, the number of developing countries that see a domestic food supply gap would increase from 81 to 90 in 2100. As the food gap in 2100 would remain negative in developed countries, the export of food crops like wheat, rice, and maize from regions like China, Europe, and North America to other regions would reduce the fraction of people threatened by hunger. The projected export of crops, however, would be many times larger than the current levels for these regions, meaning that the increase in the scale of food trade could be too large to be plausible. As a result, early climate mitigation or regional population migration might be the only solution to satisfy food demand if the projected food trade failed to be achieved. If carbon removal technologies relying on biomass could however be widely deployed in the short term, there is still hope to alleviate both global warming and a food crisis.

“Although in our study we focused on only one carbon removal technology – BECCS – and showed how it will likely be limited because of harmful climate feedbacks, it is entirely possible that other technologies have similar limitations,” notes IIASA researcher, Thomas Gasser, one of the study authors. “Therefore, over-reliance on such unproven technologies when designing climate policies means taking the risk of simply failing to reach one’s goal. The solution may be to diversify the technologies (to spread the risks out), but primarily it is to rely on conventional mitigation approaches, that is, to lower energy demand and consumption, and develop a sustainable clean energy supply.”