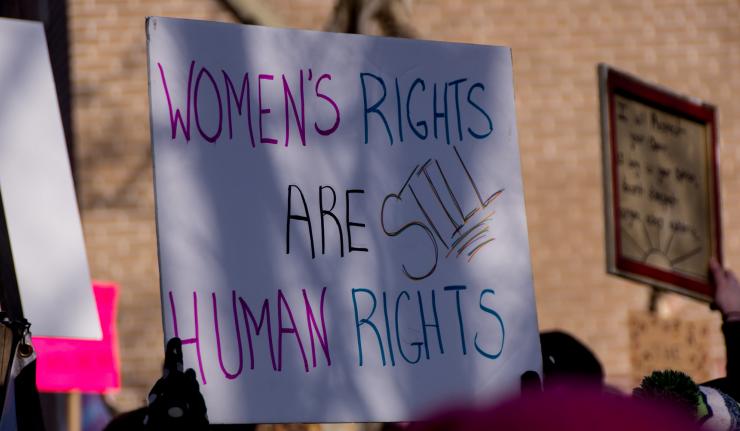 During his first week in office, President Donald J. Trump issued an executive order known as the Expanded Global Gag Rule that cuts funding to foreign aid organizations that provide or refer women to abortions. A new journal article by researchers in the Global Health Justice and Governance program (GHJG) at the Columbia University Mailman School of Public Health argues that the policy is having a chilling effect, dampening debate, advocacy, and collaboration around abortion and other sexual and reproductive rights. A similar policy known as the Domestic Gag Rule is expected to go into effect by the end of April.

The article, which appears online in the Journal of International Affairs, reports that organizations receiving U.S. global health assistance have pulled out of reproductive health and rights meetings and coalitions.

“Organizations that comply with the rule often over-interpret its restrictions, whether because they lack information about what speech is allowed, they receive misinformation from U.S. government employees about what is allowed, or they fear a major donor,” says first author Marta Schaaf, DrPH, director of programming and operations for GHJG. “As a result, organizations that comply with the rule often decline to participate in meetings where abortion or even contraception is discussed. In this way, the Global Gag Rule not only curtails free speech, but it limits the ability of organizations to deliver quality healthcare.”

Similar chilling effects were documented when the Global Gag Rule was implemented under previous Republican administrations, but Schaaf and her co-authors argue that the newly expanded policy could be much worse. Whereas previous versions of the Global Gag rule applied to family planning assistance, the new rule applies to all global health assistance, affecting approximately $9 billion in funding, up from $600 million during the George W. Bush Administration. The U.S. is the world’s largest global health donor; no other government can make up for the policy’s restrictions. Moreover, the Expanded Global Gag Rule comes at a time when civil society organizations and activists in many countries are increasingly under attack.

According to an estimate by CIVICUS, a global civil society alliance, civil society is under attack in 111 of 196 countries worldwide, limiting people’s freedom of assembly, freedom of association, and freedom of expression. As one example, in 2018 the government of Tanzania banned advertisements regarding family planning and criminalized the public dissemination of any statistical information contradicting official government figures, making the collection of public health or health service provision data by civil society or the media nearly impossible.

“We’re seeing a crackdown on free speech and organizing around the world, particularly on individuals and groups defending women’s human rights. The Expanded Global Gag Rule is feeding that trend,” says Terry McGovern, JD, director of GHJG, chair of the Columbia Mailman Department of Population and Family Health, and co-author of the journal article.

Since the launch of GHJG last fall, members of the program have worked to document the far-reaching harms of the Global Gag Rule. Schaaf and her GHJG colleague Emily Maistrellis co-authored a draft policy statement of the American Public Health Association that argues that the rule is harmful to health and in violation of human rights; the statement is currently open for comment by APHA members. A forthcoming journal article by the researchers will report initial findings from a collaborative investigation with the Center for Health and Gender Equity, Washington D.C., funded by the William and Flora Hewlett Foundation and the David and Lucile Packard Foundation. The ongoing research with researchers and NGOs in Kenya, Madagascar, and Nepal is examining the ways that the federal policy is harmful to health–even beyond the domain of sexual and reproductive health.

As one example, a Washington Post article highlighted the story of the nonprofit WaterAid, which works to improve access to clean drinking water, decided not to comply with the Global Gag Rule, as the nonprofit refers women who had been sexually assaulted while collecting water to comprehensive reproductive health services, many of which provide abortion services. As a result, WaterAid ended some projects and has stopped applying for USAID funding, and has significantly decreased the scope and reach of their work in several countries, including in Madagascar.

“The U.S. flow of funding touches so many actors and issues. To understand the impact of the Global Gag Rule, we followed the flows of money, and we followed the flows of people in the health system,” Schaaf explains. “People don’t realize the real social costs of the Gag Rule because they think all it does is prohibit U.S. funds from supporting abortion. They don’t realize it affects all these other things–the integration of health services, referrals within the health system, health services beyond sexual and reproductive health, and free speech. It also undermines sovereignty in these countries. Nepal has liberalized their abortion law. It’s not our business to intervene in that.”

The GHJG team also has its eye on the domestic front. In late February, the Trump Administration announced that the Domestic Gag Rule will proceed within 60 days, a move that is already facing multiple legal challenges. Last summer, 24 faculty and staff in the Department of Population and Family Health submitted a public comment related to the new rule. Much like the Global Gag Rule, the Domestic Gag Rule aims to prohibit providers from performing, promoting, referring for, or supporting abortion as a method of family planning. The comment stated that the proposed rule “imposes serious risks to the health and well-being of millions of women and girls,” particularly poor women of color. College-age women who often rely on programs like Planned Parenthood would also be disproportionally affected. Among the policy’s anticipated consequences are an increase in unplanned pregnancies and abortions.

“Globally and domestically, these policies impose the political agenda of a minority of Americans on our health and human rights,” says McGovern. “This is nothing short of an attack on women, and we are ready to fight back.”

Good News! Europe's Electric Grid Will Still Work Even as the World Crumbles

The Calypso Caliphate: How Trinidad and Tobago Became an ISIS Recruiting Hotspot