Following recent years of turbulent developments in politics, economics and social media around the world, one might assume these events inspire University of Illinois Chicago researcher Zizi Papacharissi to have an ominous view about what the future holds.

That would be an incorrect assumption.

It was during the Obama administration when she began to consider whether democracy is not the idealized final stop on the world’s civic journey, but rather a springboard to superior government practices.

“What if there is something better out there, and technology can help us uncover a long-hidden path to it? We change and so does our technology, but we cling to past iterations of democracy like a dream we desperately try to remember after we wake up. Life is not static. Neither is democracy,” said Papacharissi, UIC professor and head of communication and professor of political science.

This outlook and 100 interviews with citizens from 30 countries about what they want from their government have led to her latest book, “After Democracy: Imagining Our Political Future.”

The publication, which was recently released by Yale University Press, draws on the feedback the scholar of political communication and digital media received during an interview process with everyday people that examined what democracy is, what it means to be a citizen, and what can be done to improve democracy.

Unsurprisingly, she found people have a significant distrust of politicians and mechanisms for governance, but there was a bright spot. People want to be involved in community-level conversations about the issues and feel that is where they can be most impactful.

People want to contribute, but they often feel the avenues for civic participation are outdated and leave them counted, but not heard, Papacharissi reports. She says citizens shouldn’t be expected to be formally engaged with representatives and others seeking public office every few years when officials fail to earnestly engage with constituents in between elections.

“Apathy does not communicate lack of caring. It is better read as a lack of interest, a sense of fatigue in the modes of engagement our democracy offers, and the options our elected representatives present us with,” she said.

“Forget Messiahs” is among other key ideas shared in the book to help consensus building, government evolution and better serve citizens. 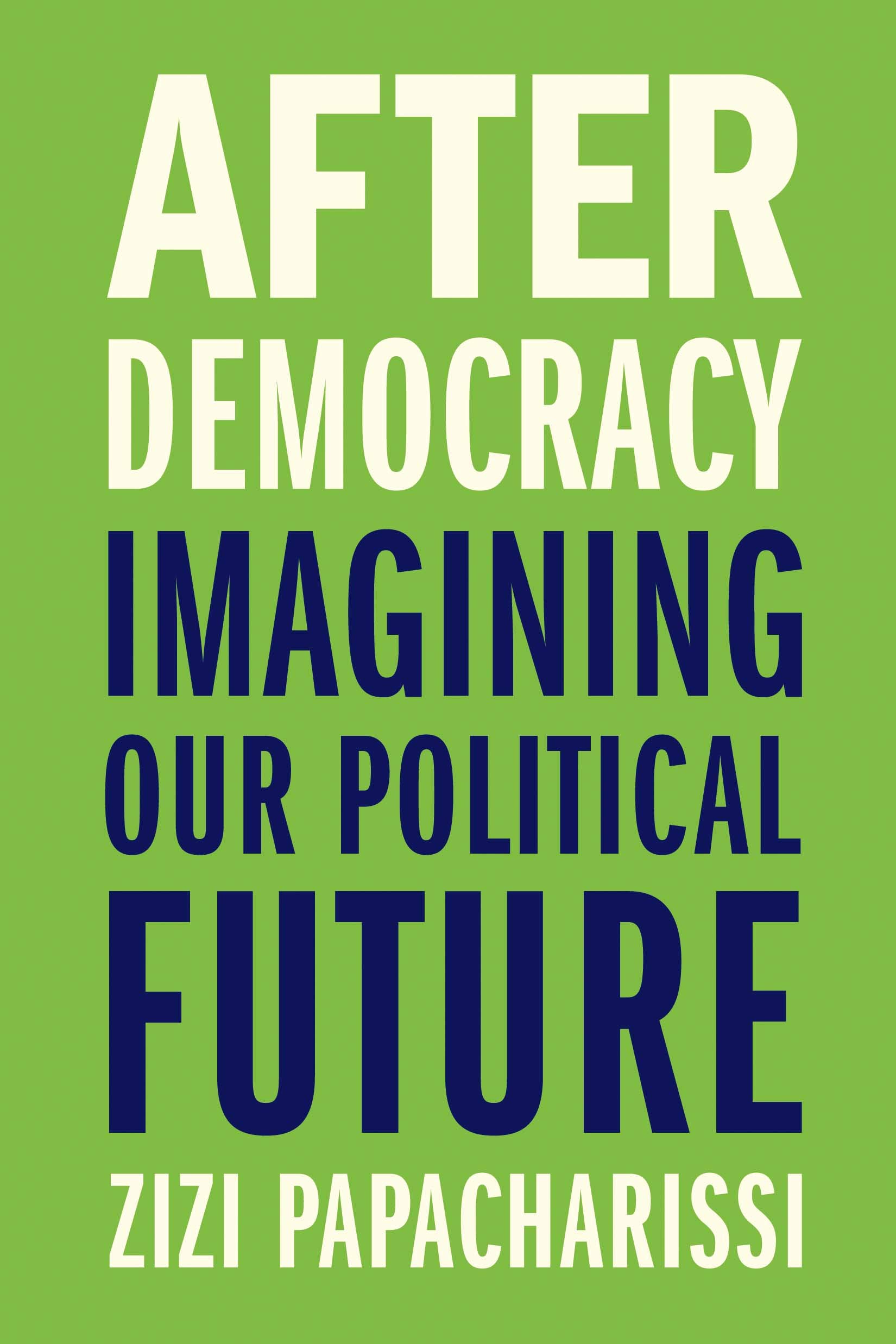 Papacharissi is mindful that the path to change is gradual, revolutions are long and people’s own expectations can be misleading.

“We are often swayed by the speed with which news is reported and by the virality with which information is shared across social media. And when change does not follow in an equally speedy manner, we are disappointed in our politicians, our media, our institutions,” she said. “We are going through a long process of change right now, and in order to make the most of it, it is essential that we realize that.”

“After Democracy” also covers the social and political consequences of online media and how platforms, such as Twitter and Facebook, can play positive roles in civic literacy and government’s evolution.

While social media and communication technologies have had a large role in political divisions, conspiracy theories and echo chambers, the effort to unify or elevate discourse can’t be done solely by the platforms, according to Papacharissi.

“Technologies network us, but it is the stories that we choose to tell on those platforms that unite us, identify us and potentially divide us. There is no perfect platform,” she said. “Leaders in both big tech and governance can lead by example, by setting a tone of civility and civil discourse when using these platforms and when connecting with the public and by showing us how to use these to connect, no matter how different we might be.”

Biden Immigration Overhaul Would Reunite Families Split Up by Deportation