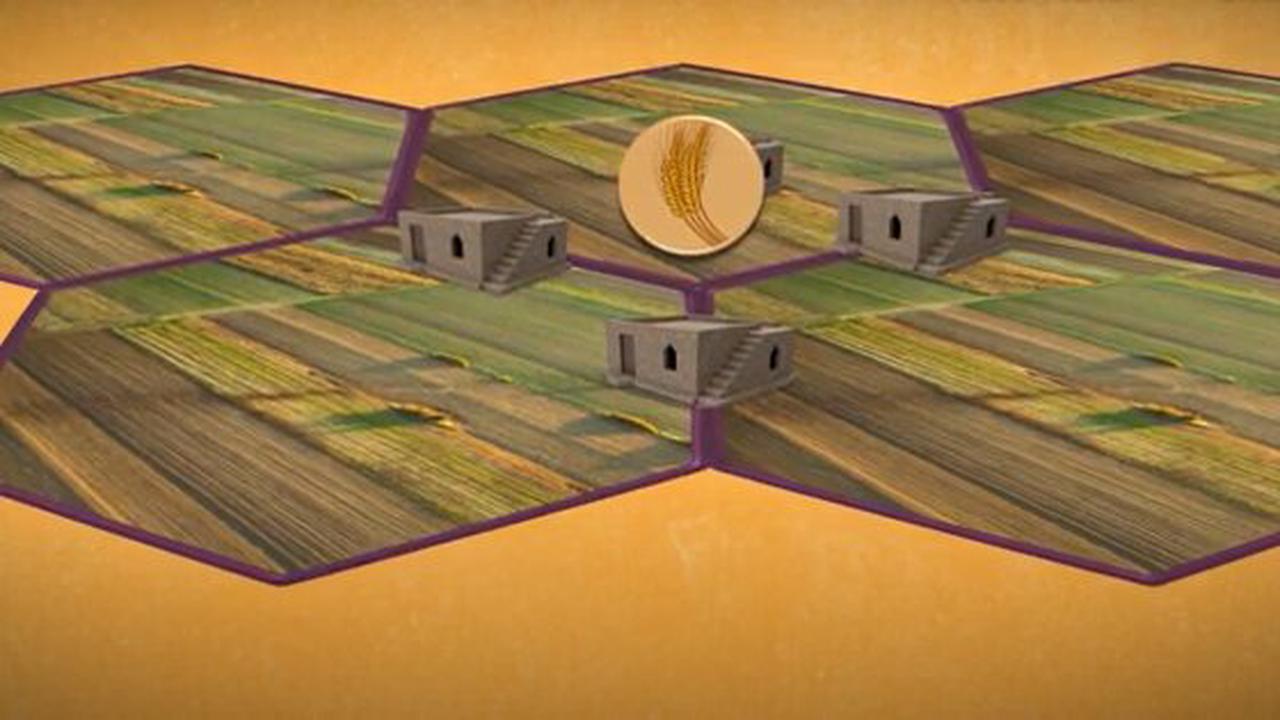 New research from the University of Warwick, the Hebrew University of Jerusalem, Reichman University, Universitat Pompeu Fabra and the Barcelona School of Economics challenges the conventional theory that the transition from foraging to farming drove the development of complex, hierarchical societies by creating agricultural surplus in areas of fertile land.

In The Origin of the State: Land Productivity or Appropriability?, published in the April issue of the Journal of Political Economy – one of the oldest and most prestigious journals in economics – Professors Joram Mayshar, Omer Moav and Luigi Pascali show that high land productivity on its own does not lead to the development of tax-levying states.

It is the adoption of cereal crops that is the key factor for the emergence of hierarchy.

The authors theorise that this is because the nature of cereals require that they be harvested and stored in accessible locations, making them easier to appropriate as tax than root crops which remain in the ground, and are less storable.

The researchers demonstrate a causal effect of cereal cultivation on the emergence of hierarchy  using empirical evidence drawn from multiple data sets spanning several millennia, and find no similar effect for land productivity.

Professor Mayshar said: “A theory linking land productivity and surplus to the emergence of hierarchy has developed over a few centuries and became conventional in thousands of books and articles. We show, both theoretically and empirically, that this theory is flawed.”

Underpinning the study, Mayshar, Moav and Pascali developed and examined a large number of data sets including the level of hierarchical complexity in society; the geographic distribution of wild relatives of domesticated plants; and land suitability for various crops to explore why in some regions, despite thousands of years of successful farming, well-functioning states did not emerge, while states that could tax and provide protection to lives and property emerged elsewhere.

Professor Pascali said “Using these novel data, we were able to show that complex hierarchies, like complex chiefdoms and states, arose in areas in which cereal crops, which are easy to tax and to expropriate, were de-facto the only available crops. Paradoxically, the most productive lands, those in which not only cereals but also roots and tubers were available and productive, did not experience the same political developments.”

They also employed the natural experiment of the Columbian Exchange, the interchange of crops between the New World and the Old World in the late 15th century which radically changed land productivity and the productivity advantage of cereals over roots and tubers in most countries in the world.

Professor Pascali said “Constructing these new data sets, investigating case studies, and developing the theory and empirical strategy took us nearly  a decade of hard work. We are very pleased to see that the paper is finally printed in a journal with the standing of the JPE.”

Professor Moav said: “Following the transition from foraging to farming, hierarchical societies and, eventually, tax-levying states have emerged. These states played a crucial role in economic development by providing protection, law and order, which eventually enabled industrialization and the unprecedented welfare enjoyed today in many countries.”

Professor Mayshar added “We challenge the conventional productivity theory, contending that it was not an increase in food production that led to complex hierarchies and states, but rather the transition to reliance on appropriable cereal grains that facilitate taxation by the emerging elite. When it became possible to appropriate crops, a taxing elite emerged, and this led to the state.

“Only where the climate and geography favoured cereals, was hierarchy likely to develop. Our data shows that the greater the productivity advantage of cereals over tubers, the greater the likelihood of hierarchy emerging.

“Suitability of highly productive roots and tubers is in fact a curse of plenty, which prevented the emergence of states and impeded economic development.”