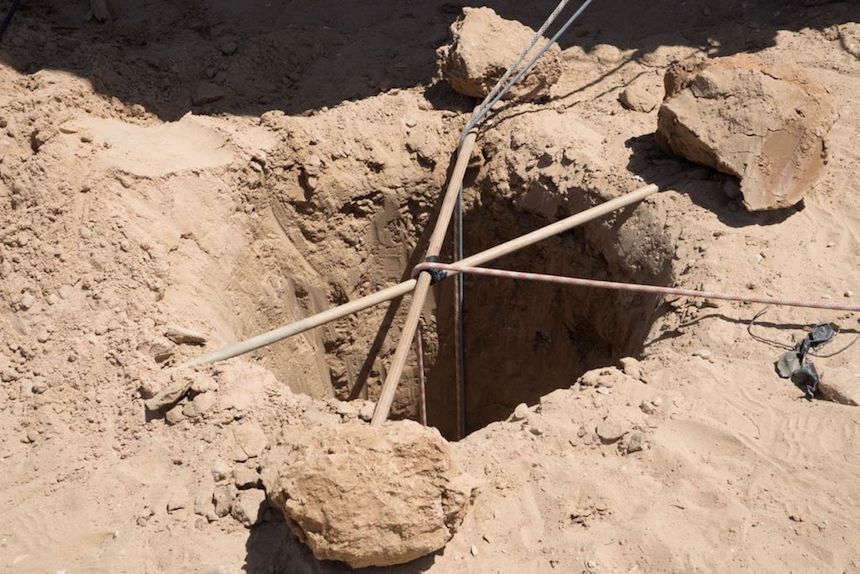 The Israel Defense Force (IDF) has revealed the extent of the new concrete barrier currently being built around the Gaza Strip.

The 3 billion shekel ($836 million) concrete barrier aims to eliminate the existing tunnel threat posed by Hamas, as well as any future tunnels that reach into Israel.

It will include sensors that can reach dozens of meters into the ground and stand six meters above ground level.

Speaking at a briefing for military correspondents on Wednesday, Southern Command chief Maj. Gen. Eyal Zamir said that Hamas uses an extensive tunnel system in Gaza for three purposes – smuggling goods from Egypt, tunnels inside the Strip for command centers and weapons storage, and offensive tunnels for cross-border attacks into Israel.

Zamir said that “great effort is being made to locate Hamas structures used for military activity to serve us in the next fighting round,” and that “if Hamas thinks it has immunity by building a military infrastructure in a civilian environment – it’s wrong.”

Bicom reports that the concrete barrier is the first of its kind that Israel has attempted to build and it is using special drilling machines and equipment to dig deep into the ground. The barrier wall will consist of reinforced concrete and sensors that will sound an alarm if anyone approaches it and warn Israel of any future tunnel digging.

Large iron cages containing water-resistant pipes with sensors will be inserted into the ground as foundations for the above-ground section of the concrete barrier.

In addition, IDF sources said that Israel is planning to build an underwater barrier and a breakwater a few kilometers long in the sea on the Gaza border.

The concrete barrier poses a dilemma to Hamas since once it is built, the group will lose one of its major strategic tools against Israel. However, Hamas is not currently thought to be interested in an escalation against Israel.

U.S. Advanced Nuclear Program Unlikely to Deliver on Its Mission