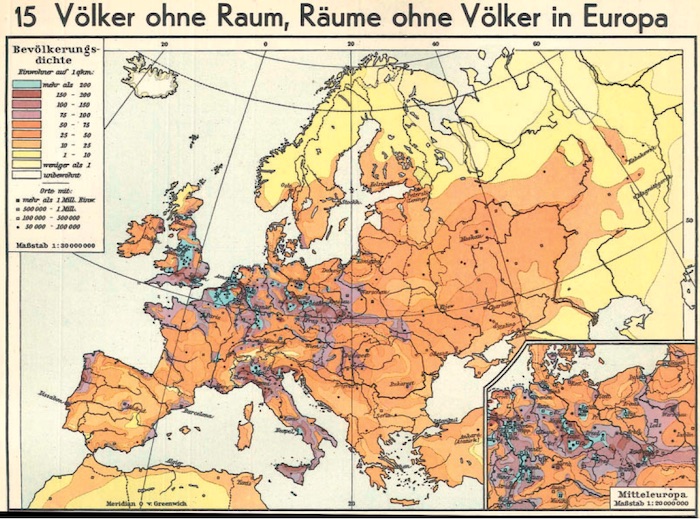 It’s no accident that so much of the propaganda film, photography and artwork from the Nazi regime features automobiles, airplanes and other modes of movement.

“They were obsessed,” said Andrew Denning, assistant professor of history at the University of Kansas.

In a recent article in the journal American Historical Review, Denning argues that by paying attention to the Nazis’ obsession with mobility, we can deepen our understanding of how they manufactured and exploited the idea of race. Denning also explored this idea in a “Time to Eat the Dogs” podcast episode.

“The Nazis put in lots of work funding biologists, anthropologists and a number of scientists to give an objective definition of race so they could tell people what it meant to be ‘racially German,'” Denning said. “They tried to make objective what is fundamentally subjective.”

One previously understudied metric of “racial” Germanness became their unique balance of movement and rootedness. The Nazis contended alternatingly that Germans were by nature prone to voyage and conquest, and yet also deeply rooted to their homeland. 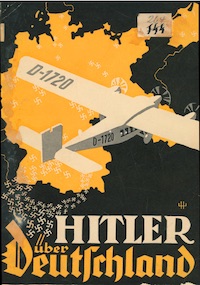 By the early 1900s, 6 million Germans had already left the country for the Americas, and a 10-million-strong diaspora had spread throughout central and eastern Europe.

“Germans of the time thought, ‘I could be poor on my farm in Germany, or I could move to Chicago or Milwaukee or Buenos Aires,'” Denning said.

The Nazi assertion that the German diaspora would return emerged first as a rhetorical tool, but grew into a justification for ethnic cleansing and eastward expansion so that there would be room for them in a united German state.

“Race had to be manufactured in Germans’ minds and everyday lives, and one of the ways they manufactured race was by celebrating this unique mix of movements that made them different from other people, and the actual movement of Germans themselves became a mechanism to get people to think in racial terms,” Denning said.

Take youth camps and regional rallies, he said. They drew Germans out of their hometowns and got them to think less about their class or religion and more about national identity and their ties to one another.

Industrialized nations have long played mobility both ways, he said: Good for us, bad for others. One of the major undercurrents in global politics today, Denning said, is a shift away from those countries championing mobility as necessary for a global, capitalist system and a key metric of individual freedom.

“In the last five to 10 years I think we’ve been seeing a much more complicated attitude toward movement in the developed world that suggests that we have the right to fly to China to conduct business, to take trips to Tahiti and move as we please,” Denning said. “On the other hand, politicians and states have increasingly cast the movement of groups who are not citizens as dangerous, bringing terror to Europe or drugs into the United States.”

Denning is now writing a history of mobility politics and circulatory states in Europe’s African colonies.