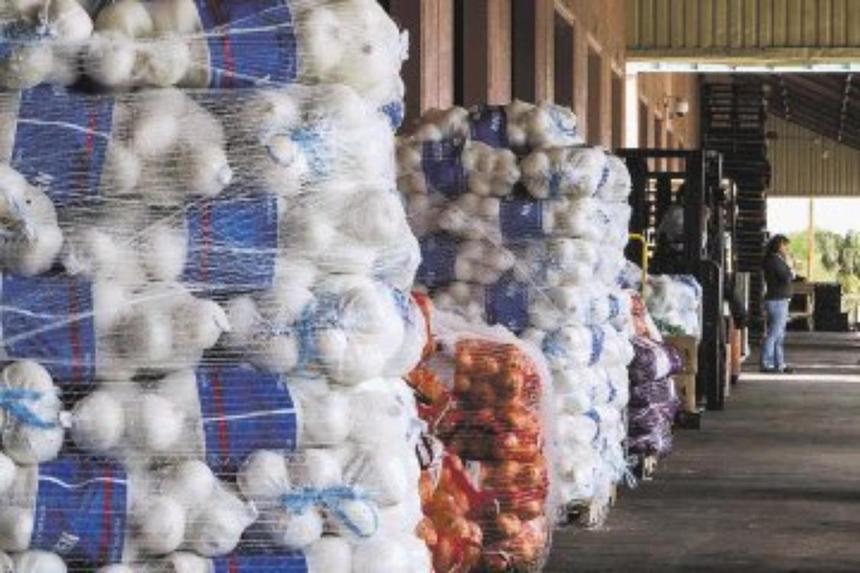 Texas agricultural producers say if the White House slaps a tariff on Mexican products, the state’s farmers and ranchers — as well as Texas consumers — could suffer from a Mexican retaliation against U.S. exports.

Two weeks ago, President Donald Trump said the border wall he promised to build between Mexico and the United States could be paid for by placing a 20 percent tax on all Mexican imports. Hours later, White House Press Secretary Sean Spicer clarified that this proposal was just one of many approaches currently under review by the administration.

Mexico’s economy minister, Idelfonso Guajardo, said in an interview with Mexican television that his country would need to be prepared to “immediately neutralize” the impact of any U.S. border tax.

“And it is very clear how – take a fiscal action that clearly neutralizes it,” he said.

The idea of a tariff on Mexican imports or a radical change to the North American Free Trade Agreement — another Trump promise— worries many Texas agriculture industry leaders, who say it is in the state’s best interest to continue fostering a positive trade relationship with Mexico rather than imposing tariffs on their imports.

Luis Ribera, an associate professor at Texas A&M University’s Center for North American Studies, said any large-scale tariff on Mexican goods would hurt American consumers more than anyone else by making everything from avocados to tomatoes more expensive for Americans — or compelling Mexico to buy Texas-produced staples like wheat, beef and corn from other countries.

“We’re going to lose that market or (if we don’t) lose it, we’re going to get tariffs on the products that we send to Mexico,” Ribera said. “So it’s going to make our products less competitive when we compete with the rest of the world.”

Steelee Fischbacher, director of policy and marketing at the Texas Wheat Producers Board and Association, said a potential Mexican tax worries the Texas wheat industry because Mexico is the largest importer of hard red winter wheat, the top class of wheat produced in the state. In 2011, the U.S. exported 2.4 million metric tons of hard wheat to Mexico, according to a Texas A&M study.

“Being our number one customer, it’s a very critical market for us, especially in a time where we have low wheat prices,” she said, adding that Mexico has plenty of other potential trading partners for wheat such as Argentina, Canada and Australia.

Robert McKnight Jr., vice president of the Texas and Southwestern Cattle Raisers Association, said any threat to the current “integrated” cattle and beef trade system between Mexico, the U.S. and Canada could also be detrimental for the Texas beef industry. Well over half of Texas’ cattle imports, he said, come from Mexico and Canada.

McKnight said international trade adds close to $300 to the value of each head of Texas cattle. “To threaten any part of that $300 for the producers would be very tough, if not devastating for us,” he said.

In a recent meeting with Mexican and Canadian cattle raisers, McKnight said representatives from all three countries agreed that it doesn’t hurt to sit down and review the NAFTA agreement, but the countries should “take the scalpel instead of the hatchet” if they’re going to change.

At the consumer level, Bret Erickson, president of the Texas International Produce Association, said a tariff or trade war with Mexico would limit the variety of produce available for Texans, since Mexico is the largest supplier of fruits and vegetables to the state. Though the argument has been made that pricier Mexican goods could be offset by an increase in the production and sales of Texas-made produce, Erickson said that isn’t likely.

“If the administration did institute a tariff across the board on all commodities, onions is something that I think would see a bump in production in Texas but I don’t think that necessarily translates to reduced costs to the U.S. consumer,” he said. “I think it just presents an opportunity for Texas producers increase their acreage and be competitive.”

Mariana Alfaro is a reporting fellow at the Texas Tribune. This story is published courtesy of the Texas Tribune, a nonpartisan, nonprofit media organization that informs Texans — and engages with them — about public policy, politics, government, and statewide issues.

Electricity Costs to Surge in a Warming World