And that energy leaves its environmental footprint home.

In this month’s Applied Energy, MSU researchers examine China’s flow of virtual energy – the energy used to produce goods and products in one place that are shipped away. What they found was that virtual energy flowed from less-populated, energy-scarce areas in China’s western regions to booming cities in the energy-abundant east.

In fact, the virtual energy transferred west to east was much greater than the physical energy that moves through China’s massive infrastructure investment, the West-To-East Electricity Transmission Project. China is a powerful model of energy use, having surpassed the United States. In 2013, nearly 22 percent of global energy use occurred in China. 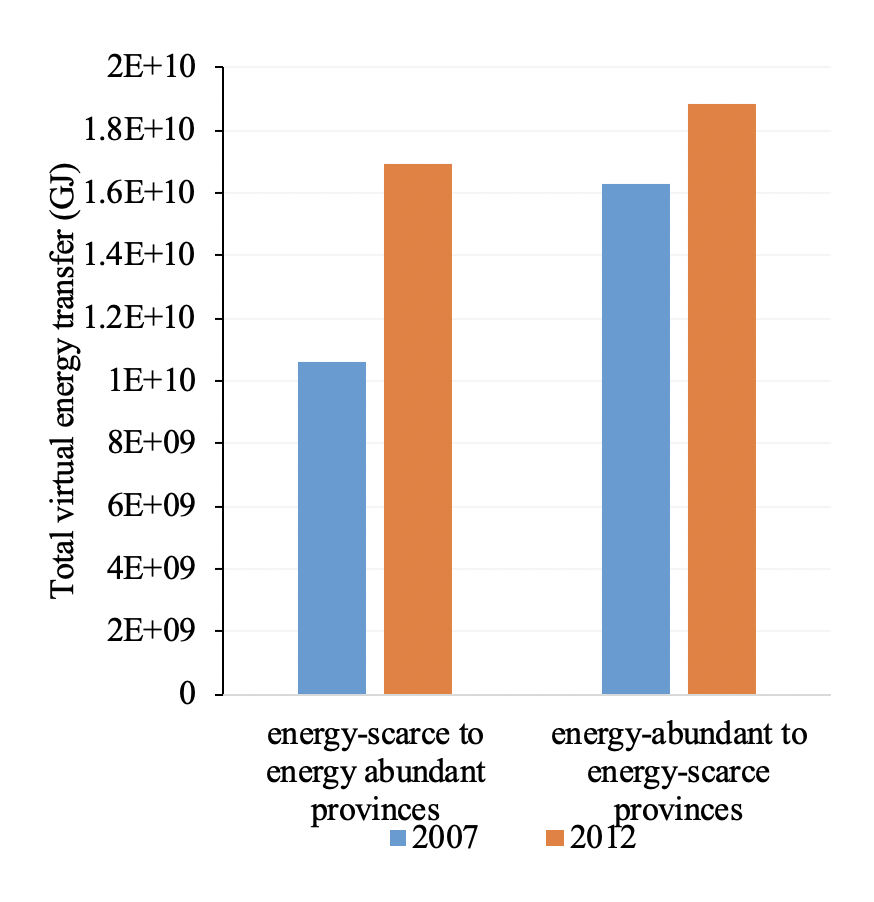 Conserving energy and managing its accompanying environmental impacts are a growing concern across the world, and it is crucial to take a holistic look at all the ways energy is used and moved,” said Jianguo “Jack” Liu, Rachel Carson Chair in Sustainability of MSU’s Center for Systems Integration and Sustainability (CSIS). “Only when we understand the full picture of who is producing energy and who is consuming it in all its forms can we make effective policy decisions.”

Virtual energy is considered critical to avoiding regional energy crises since commodities traded from one location to another include virtual energy. This means the importing area can avoid expending the energy to produce the imported commodities. The paper “Shift in a National Virtual Energy Network” examines how a region’s energy haves and have-nots meet economic and energy needs by acknowledging energy is tightly wound around economic growth and demand.

The researchers are first to focus on energy use after the 2008 global financial crisis, seeing how economic desperation can have a big, not always obvious, impact on energy – and the pollution and environmental degradation that can accompany its use.

“China, like a lot of places across the globe, has an uneven distribution of energy resources, and China also is developing quickly,” said the article’s first author Zhenci Xu, an MSU-CSIS PhD student. “We wanted to understand the true paths of energy use when economic growth kicks into gear after a financial crisis. Eventually, all the costs of energy use, including environmental damage and pollution, have to be accounted for, and current policies focus primarily on physical energy, not virtual energy.”

The researchers found a persistent flow of total virtual energy from energy-scare to energy-abundant provinces increased from 43.2% in 2007 to 47.5% in 2012. Following the framework of metacoupling (socioeconomic-environmental interactions within as well as between adjacent and distant places), they also discovered after the financial crisis, trade was taking place between distant provinces – trade that came with energy’s environmental footprint.

The authors note these types of analyses are needed across the globe to guide policies that hold the areas that are shifting their energy consumption to appropriately contribute to mitigating the true costs of energy.

Migrants Are Their Country's Best and Brightest