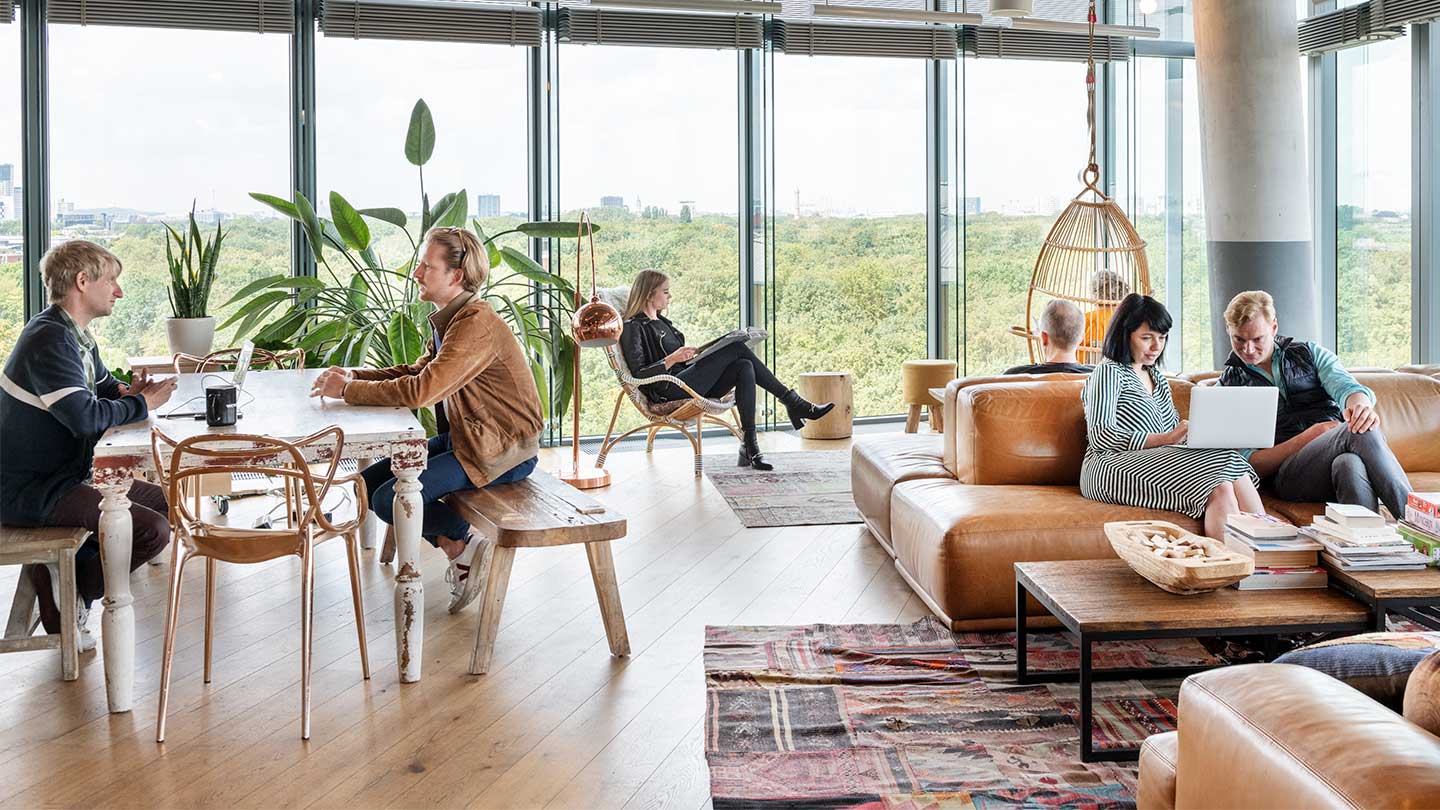 Co-working spaces can limit the creativity and innovation of new businesses, a study has found.

These shared spaces, which have boomed in popularity since the pandemic, may offer initial opportunities to collaborate but, before long, they ultimately inhibit the emergence of collaborative practices.

The study, co-authored by Bayes Business School, investigated how collaborative practices emerge in co-working spaces, using Level 39 – a leading co-working space in the financial district in Canary Wharf, and one of the largest in Europe, which is mainly occupied by tech and fintech sectors – as a base.

Findings show that the informal setting of the space initially supported collective explorations between start-ups but inhibited collaborations from developing.

While the space allowed for social interactions and networking in communal kitchen, lounge and breakout areas, findings showed that firms left the space as the collaborative benefits were small and interactions became less meaningful and stilted over time. Also, firms highlighted that the space became increasingly reliant on occupancy and scalability amid its growth which negatively impacted optimal special layout and more tailored relationships with start-ups.

Professor Stefan Haefliger, lead author and Bayes academic, conducted the research with former Bayes PhD student Ghassan Yacoub, and said the findings were of particular significance to managers and hosts of co-working spaces. He highlighted the need for a catalyst – actors who facilitate and encourage activities that sustain interactions and encourage co-operation – to drive impactful cross-working.

Haefliger said: “The rise of co-working spaces as new forms of work has redefined our understanding of the traditional physical, temporal and spatial boundaries of organisations.

“It is the responsibility of the host of the space and those that use it to make it a setting that can see booming partnerships and a hotbed of next generation ideas. Entrepreneurs need to embrace the early-stage interactions to take the first step towards collaborative working, with workspace managers working as catalysts to drive these partnerships.”

“Post pandemic we can expect more uncertainty in how space is re-appropriated by individuals and entrepreneurial teams forming collaboration. Workspace managers may need to leave room for experimentation and allow flexibility.

“The built environment represents a key strength and characteristic of Dubai and how, post-pandemic, work habits have changed, and how routines of collaboration might require updated spaces and interaction opportunities. How will a city like Dubai attract new work and cater to contemporary collaborative work? Dubai is both a hub for global collaboration and an experimental opportunity to drive change and inspire other global locations who might be slower to change.”