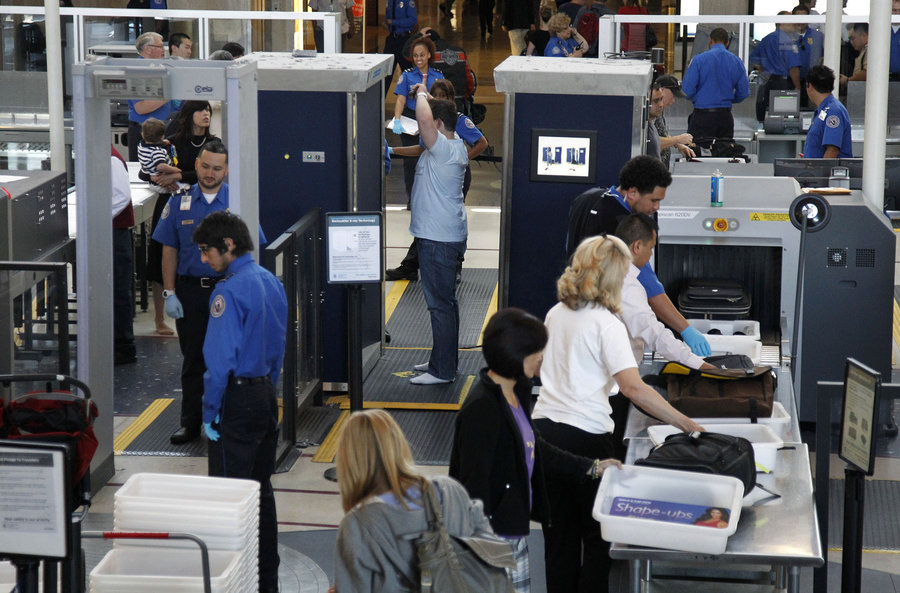 Machines that use advanced X-ray imaging technology to screen airport passengers comply with radiation exposure limits set by the American National Standards Institute/Health Physics Society (ANSI/HPS), says a new report from the National Academies of Sciences, Engineering, and Medicine. The report also finds that the machines adhere to the recommended safety mechanisms described in the ANSI/HPS standards to prevent overexposure to radiation in the event of a mechanical failure or deliberate tampering.

Machines that use advanced X-ray imaging technology to screen airport passengers comply with radiation exposure limits set by the American National Standards Institute/Health Physics Society (ANSI/HPS), says a new report from the National Academies of Sciences, Engineering, and Medicine. The report also finds that the machines adhere to the recommended safety mechanisms described in the ANSI/HPS standards to prevent overexposure to radiation in the event of a mechanical failure or deliberate tampering.

The machines in question employ an imaging technology that projects a fast-moving, narrow, low-energy, and low-intensity X-ray beam across the body and detects the radiation reflected, or backscattered, from the person being screened. While these X-rays are of lower energy and intensity compared with medical X-rays and do not penetrate the body as deeply, the technology allows objects on the surface and shallow subsurface of the body to be detected.

The NAS notes that X-ray backscatter imaging machines were deployed inU.S. airports between 2008 and 2013 but were removed by the Transportation Security Administration due to privacy concerns. However, second-generation machines equipped with congressionally mandated privacy software are now under evaluation by TSA, and questions about the safety of X-ray screening systems have surfaced. The Academies committee that undertook the study and wrote the report assessed both the previously used and next-generation machines for compliance with radiation exposure standards. The committee was not asked to and did not evaluate the standards themselves, justify the use of X-ray imaging technology, or address privacy concerns regarding use of the machines.

The committee conducted a comprehensive analysis of previous studies on X-ray backscatter machines, and because none are currently in operation, it inspected prototype machines housed in government facilities. It estimated the radiation dose per scan for individuals being screened, for operators and bystanders outside the machines, and for special populations including children and pregnant women, which are not considered separately in theANSI/HPS standard. In addition, the machines were tested for scenarios in which a failure of system design, operating procedures, or maintenance procedures could result in overexposure.

The report says that prior investigations of the previously deployed machines — the Rapiscan Secure 1000 — generally agreed that the radiation dose per screening was about a factor of 10 below the recommended limit of 250 nanoSieverts per screening set by ANSI/HPS. However, the committee found that the detectors used in studies to estimate the dose delivered to an individual outside the screening area may not have been sufficiently sensitive to the scattered radiation and may have indicated lower levels than were actually present in areas where bystanders might be located.

Radiation measurements on both first- and second-generation machines and extensive modeling simulations, both performed by subcontractors of the committee, confirmed that radiation doses delivered to individuals being screened are a factor of 10 below the recommended standard. Using appropriately calibrated detectors, they found that radiation levels outside the screening area are so low as to be statistically indistinguishable from background radiation. The report says that per scan, no individual, regardless of age or weight, would receive a dose that exceeds the recommended limit.

The report adds that the radiation dose received under a worst-case scenario, in which the X-ray beam malfunctions and focuses the entire scan onto a fixed location on the body, such as the lens of an eye, would not produce tissue damage. After inspections and testing of both the Rapiscan Secure 1000 and the second-generation machine, the AS&E SmartCheck, the committee was unable to identify any circumstances where an accidental failure or malicious tampering of either machine could result in the person being screened or the operator receiving a larger X-ray exposure than the effective dose for a normal screening. A single scan would need to last for more than sixty seconds to exceed the limit; by comparison, a typical screening takes six seconds.

While both machines were found to comply with mechanical and operational safety guidelines described in the ANSI/HPS standard, the report recommends that any future advanced imaging technology machine have some independent mechanism to ensure that it does not screen any person for longer than the time needed to acquire the appropriate image. In addition, testing procedures to evaluate proper operation of any future deployed machine should, at a minimum, continue to adhere to theANSI/HPS requirements and include daily verification of safety parameters.

The study was sponsored by the U.S. Department of Homeland Security.