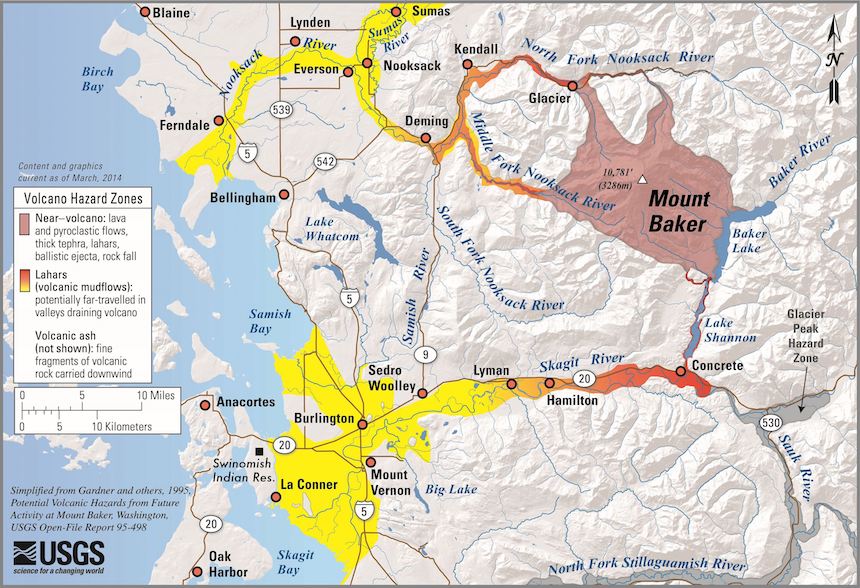 Emergency management officials and first responder agencies on both sides of the border between the United States and Canada will work together for an experiment in disaster response. The U. S. Department of Homeland Security Science and Technology Directorate and Canada Department of National Defence’s Centre for Security Science will be conducting the fifth Canada-U.S. Enhanced Resiliency Experiment (CAUSE V) on November 15-16, 2017. This year’s exercise scenario will be based on a volcanic eruption and crater collapse at Mt. Baker.  Mt. Baker is an active volcano and closely monitored by the USGS. It is visible to local residents on both sides of the border.

CAUSE V will take place along the border between the Canadian province of British Columbia (B.C.) and the state of Washington (WA).  The scenario involving a (simulated) Mt. Baker volcanic eruption and subsequent mudflow was developed with help from the U.S. Geological Survey and will provide a realistic opportunity to test cross-border communications and interoperability between U.S. and Canadian first responder and emergency management agencies. Participants will include local first responders, emergency management agencies from Whatcom County, Washington in the U.S., the City of Abbotsford, City of Langley and the Township of Langley in B.C., U.S. Customs and Border Protection and Canada Border Services Agency. This experiment will use emerging tools for enhanced situational awareness and communications to plan for, respond and recover from this disaster.

What draws ‘lone wolves’ to the Islamic State?