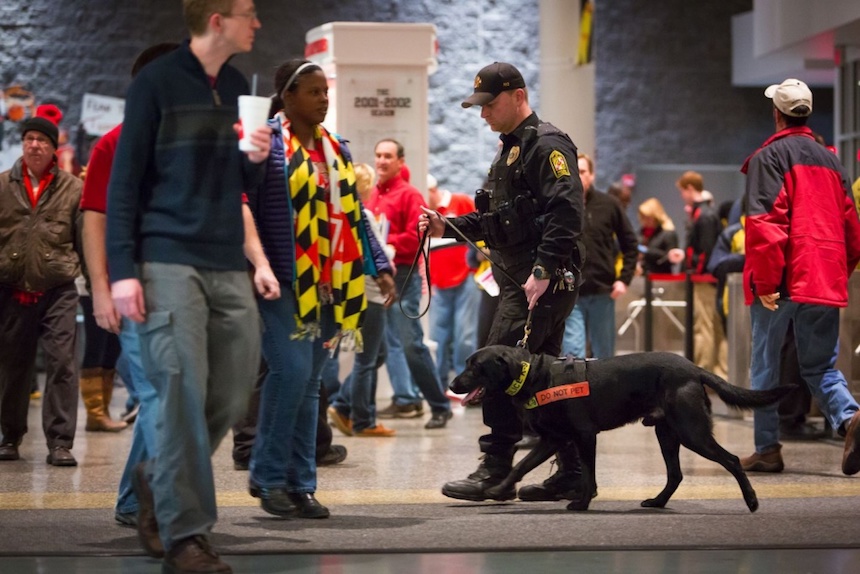 Three major U.S. sporting leagues: the National Football League (NFL), Major League Baseball (MLB), and National Basketball League (NBA), have played a key role in significantly upgrading and strengthening security at stadiums and arenas throughout the country with the help of the Department of Homeland Security Science and Technology Directorate’s SAFETY Act.

The Support Anti-Terrorism by Fostering Effective Technologies (SAFETY) Act incentivizes private sector investment in protecting the nation’s critical infrastructure and the public by providing liability risk mitigation and litigation tools for claims that stem from or relate to an act of terrorism where a SAFETY Act covered technology (called a qualified anti-terrorism technology) is used.

In the aftermath of 9/11 terrorist attacks, the private sector was reluctant to develop and use security technologies and services in public venues due to the potential for enormous, business ending litigation in the event of another terrorist attack. As a result there was concern that the private sector would under invest or under deploy security technologies.

In response, Congress enacted SAFETY Act of 2002. These protections are triggered when the Secretary of the Department of Homeland Security makes a determination that an “act of terrorism” has occurred. Responsibility for administering the SAFETY Act program is with the Office of SAFETY Act Implementation (OSAI) (program information can be found at www.SAFETYAct.gov).

When the SAFETY Act was created, it was done so with the intention of giving DHS broad latitude for providing protections. As a result, the program provides coverage to a wide variety of products, systems and programs. This wide scope includes large, layered security programs such as those used at commercial buildings and sports venues.

In recent years, commercial facilities and sports venues have expressed a sharp increase in interest. Notably, owners and operators see the value of the SAFETY Act program and are taking steps to invest in technology integration, command-and-control, and best practices for their venues, significantly strengthening our homeland security.

“As part of the effort to incentivize security activities across professional sports leagues, S&T approved SAFETY Act coverage for best practices and guidelines developed by the NFL, MLB and NBA,” said Bruce Davidson, Director of the Office of SAFETY Act Implementation (OSAI). “SAFETY Act coverage for best practices programs protects the leagues that develop practices and disseminate the best practices down to member franchises for the franchises to use at their venues. These best practices address most aspects of the venue’s security operations, including: life safety, evacuations, patron screening, security equipment, delivery/loading dock screening, command and control, security personnel, access control, training, and more. The bottom line is: They are doing more to ensure the safety of everyone at their locations.”

“Coverage for these large-scale public venues can be obtained by effectively implementing the league best practices,” Davidson continued.

“It should be noted that submitting an application for a stadium or arena is a significant undertaking. As part of the evaluation process, a site visit is normally required. That site visit should take place during an event where the full venue security plan in operation. We also recommends that any venue operator who intends to apply for SAFETY Act protections should consider submitting a draft application. My office is available to help with this process.”

To date a number of venues have taken advantage of the SAFETY Act’s protections, including:

The majority of the collaboration to date has been completed between OSAI and the NFL, which began working with the SAFETY Act program in 2008. That initial work was focused on the development of the NFL’s best practices. Since then, OSAI has also worked with the NFL to develop a Matrix for applications from individual franchise stadiums. The Matrix organizes the NFL best practices into a table that allows stadium operators to correlate their stadium operations to the best practices.  The goal is to improve the process for preparing an application. Stadia that elect to use the NFL Matrix receive protections for their implementation of the NFL Best Practices for Stadium Security.

Gillette Stadium, home of the New England Patriots, received SAFETY Act protections in 2017 and stated on their website “Our number one priority is the safety of our patrons, and this certification shows the amount of thought and effort that goes into making sure everyone who comes to any ticketed event at Gillette Stadium is safe.”

Doug Collins, with the Lambeau Field, home of the Green Bay Packers stated “Going through the process allowed us to verify we have all the best practices in place to provide a safe and secure venue. Lambeau Field received SAFETY Act protections in 2016.

Though the NFL has been OSAI’s oldest partner, the program’s relationship with MLB and NBA has been expanding over the years.

“Since expanding into the stadium and arena mission space, we are a dedicated partner with the leagues and individual franchises offering incentives to continually invest in improving security for their facilities and their fans,” Davidson concluded.