The ten km long, bright white coast of Germany’s largest island, Rügen, is shaped by episodically occurring failures. These failures were typically assumed to happen due to strong rain storms. In a study carried out over more than two years, scientists of GFZ German Research Centre for Geosciences were able to draw a new and surprisingly detailed picture of coastal cliff failure activity. The study is based on continuous seismic measurements and high resolution aerial images, and has been published in the Journal of Geophysical Research.

The chalk cliff coast of Rügen, with the 118 m high Königsstuhl rock column, is a renowned landmark of the National Park Jasmund. The cliff is formed by fossil calcareous algae and retreats by up several decimeters per year on average. That retreat is spectacularly accomplished by the break-off of large chalk chunks (in this study up to 5000 m³) that cause strong impacts on the beach. These impacts generate small earthquakes that were sensed by the scientists using seismometers; a network of such sensors was installed along the coast between spring 2017 and 2019. Along with meteorological data and drone-based 3D models of the cliff, the seismic data enabled the routine collection of essential data about failures that were previously available only in rare cases: timing, duration and evolution of single events with sub-second resolution, position and volume of detachment and deposit zones, and properties of the ground around the occurrence of an event. 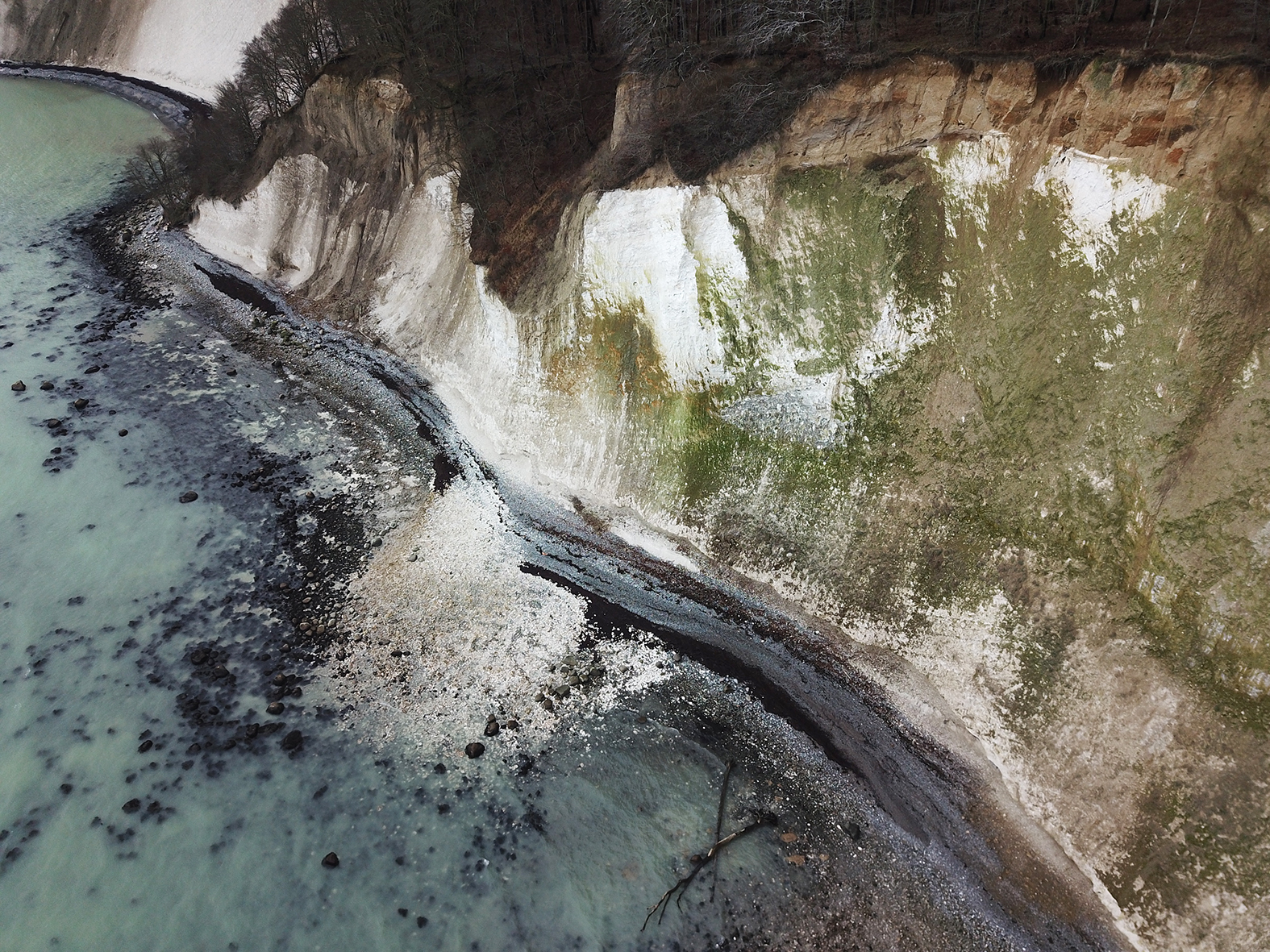 Based on more than 80 detected failures, the scientists were able to identify several interconnected drivers. “Sufficient wetting of the chalk by water is the primary reason”, says Michael Dietze, lead author of the study. “However, the water is not only provided by rain onto the cliff surface, but also by ground water flow and condensation of air moisture during the colder night time hours. Consequently, the cliff is preferentially active at night, as well as a few hours and also a day after rain events.” Failures predominantly happen in winter, because during that season the trees are not able to withdraw soil water, causing wetter ground conditions. The study found a dramatic effect of wetter and drier than average summers. In 2017, when 126 % of the typical rain amount was measured, a total of 65 failures happened. In contrast, the exceptional drought summer of 2018 (51 % of the average rain amount) resulted in only 11 cliff failure events during the following winter.

The long term effects of such dry summers for the cliff remain a matter of debate. Generally, it is the small failures that provide the beach with enough loose material to prevent the waves from cutting into the basal parts of the cliff. If that sediment is lacking, wave driven undermining at the base will prepare the cliff for large scale sector collapse. The scientists have now instrumented the neighboring island of Hiddensee, to investigate the direct effect of waves in more detail. In addition, the northern part of this island is periodically struck by massive slope failures, most recently in winter 2019, when a block of several hundred meter length moved downslope by more than 20 cm.

Filling in the Blanks: How Supercomputing Can Aid High-Resolution X-Ray Imaging