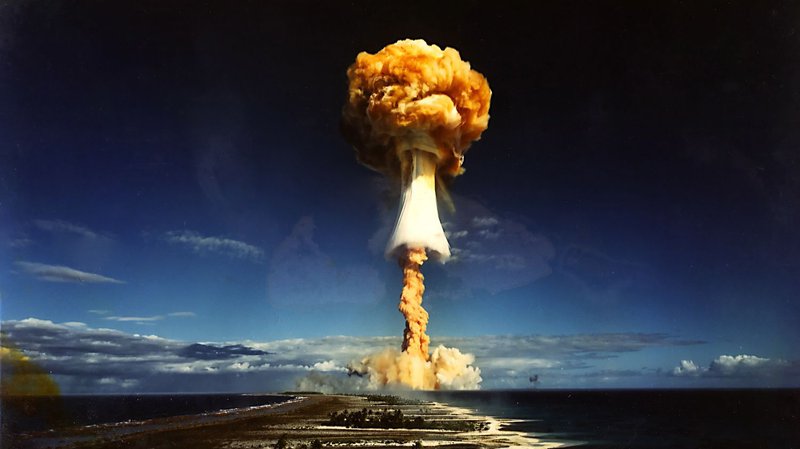 A University of Alaska Fairbanks researcher has devised a method to improve detection of distant explosions, including nuclear detonations, by taking advantage of widespread single-microphone infrasound monitors.

“What the work was meant to do was to detect large explosions, whether that’s nuclear or chemical,” Witsil said. “The methods we have worked out will allow monitoring agencies to detect explosions from distances of upward of a couple 100 kilometers.”

Using the library, real explosions can be detected amid background noise collected by single-channel microphones that record infrasound —  sound carried at wave frequencies below what humans can hear.

Today, detection algorithms generally rely on infrasound arrays that make use of multiple microphones close to each other. For example, the international Comprehensive Test Ban Treaty Organization, which monitors nuclear explosions, has infrasound microphones deployed worldwide. But they are of the multiple-microphone type.

Using single infrasound microphones increases detection capability because they’re already in place for other uses. Their associated computers can be trained to recognize explosions by using artificial explosion signatures similar to the library Witsil created.

Why create artificial sounds of explosions rather than use real-world examples? Explosions sound different depending on how big they are, what produced them, and where they are recorded. Atmosphere, which varies by location, plays a key role in how a sound records.

Because explosions haven’t occurred at every location on the planet, there aren’t enough real-world examples to train generalized machine-learning detection algorithms. .

“We decided to use synthetics because we can model a number of different types of atmospheres through which signals can propagate,” Witsil said. “So even though we don’t have access to any explosions that happened in North Carolina, for example, I can use my computer to model North Carolina explosions and build a machine-learning algorithm to detect explosion signals there.”

Witsil intends to continue the research to create an algorithm that can identify different types of explosions, including volcanic eruptions. His work is supported by the Nuclear Arms Control Technology Program at the U.S. Defense Threat Reduction Agency.

The abstract is here.