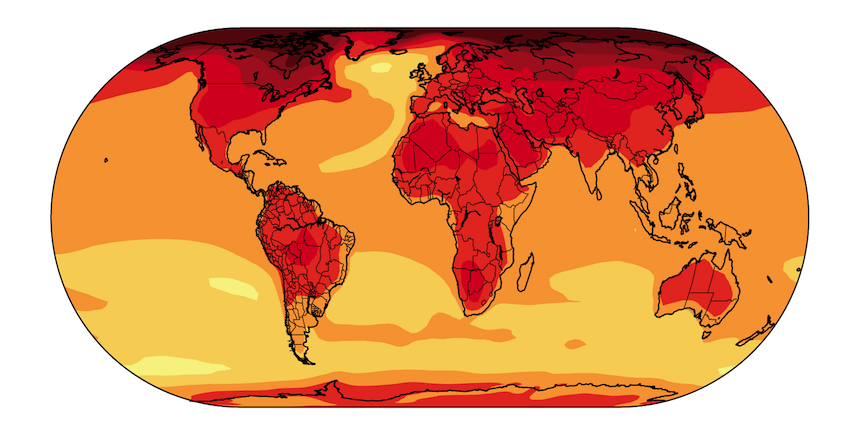 Harvard University researchers have resolved a conflict in estimates of how much the Earth will warm in response to a doubling of carbon dioxide in the atmosphere.

That conflict — between temperature ranges based on global climate models and paleoclimate records and ranges generated from historical observations — prevented the United Nations’ Intergovernmental Panel on Climate Change (IPCC) from providing a best estimate in its most recent report for how much doubled CO2emissions will warm the Earth.

Harvard says that the researchers found that the low range of temperature increase — between 1 and 3 degrees Celsius — offered by historical observations did not take into account long-term warming patterns. When these patterns are introduced, the researchers found that not only do temperatures fall within the canonical range of 1.5 to 4.5 degrees Celsius but that even higher ranges, perhaps up to 6 degrees, may also be possible.

The research is published in Science Advances.

It is well documented that different parts of the planet warm at different speeds. The land over the northern hemisphere, for example, warms significantly faster than water in the Southern Ocean.

“The historical pattern of warming is that most of the warming has occurred over land, in particular over the northern hemisphere,” said Cristian Proistosescu, the first author of the paper. “This pattern of warming is known as the fast mode — you put CO2 in the atmosphere and very quickly after that, the land in the northern hemisphere is going to warm.”

But there is also a slow mode of warming, which can take centuries to realize. That warming, which is most associated with the Southern Ocean and the Eastern Equatorial Pacific, comes with positive feedback loops that amplify the process. For example, as the oceans warm, cloud cover decreases, and a white reflecting surface is replaced with a dark absorbent surface.

The researchers developed a mathematical model to parse the two modes within different climate models.

“The models simulate a warming pattern like today’s, but indicate that strong feedbacks kick in when the Southern Ocean and Eastern Equatorial Pacific eventually warm, leading to higher overall temperatures than would simply be extrapolated from the warming seen to date,” said Peter Huybers, professor of Earth and planetary sciences in the Department of Earth and Planetary Science, and of environmental science and engineering at the Harvard John A. Paulson School of Engineering and Applied Sciences (SEAS), the co-author of the paper.

Huybers and Proistosescu found that while the slow mode of warming contributes a great deal to the ultimate amount of global warming, it is barely present in present-day warming patterns. “Historical observations give us a lot of insight into how climate changes and are an important test of our climate models,” said Huybers, “but there is no perfect analogue for the changes that are coming.”

To Fight Radicalization in Southeast Asia, Empower the Women

Quantum Technology Holds Promise of a Future Without Fakes