People can become involved in politics in a number of ways. They can vote, volunteer in campaigns, or even run for office themselves. But when it comes to improving the state of the U.S. democracy, what can the average citizen do?

Christopher Beem, managing director of the McCourtney Institute for Democracy at Penn State, attempted to answer that question in his upcoming book, “The Seven Democratic Virtues: What You Can Do to Overcome Tribalism and Save Our Democracy.”

The book describes the characteristics and practices — such as humility, courage, and charity — that Beem said can help people become better democratic citizens. According to Beem, the book was inspired by a question he was often asked when people learned about his area of study.

“Many people would ask me what the average citizen can do to defend our democracy, and it’s a good question that deserves a serious answer,” Beem said. “People might not be able to change the way the news is reported or overcome the power of lobbyists and campaign donations. But we can step up and analyze our own behavior and make small changes to the way we think and act to help stand up for our democracy.”

According to Beem, one of the greatest current threats to democracy in the U.S. is tribalism, the tendency for people to form groups, cooperate within them, and distrust and disparage those outside the group. He argued that tribalism is a basic neurological tendency for people to be drawn to others similar to themselves, and that it affects almost everyone. 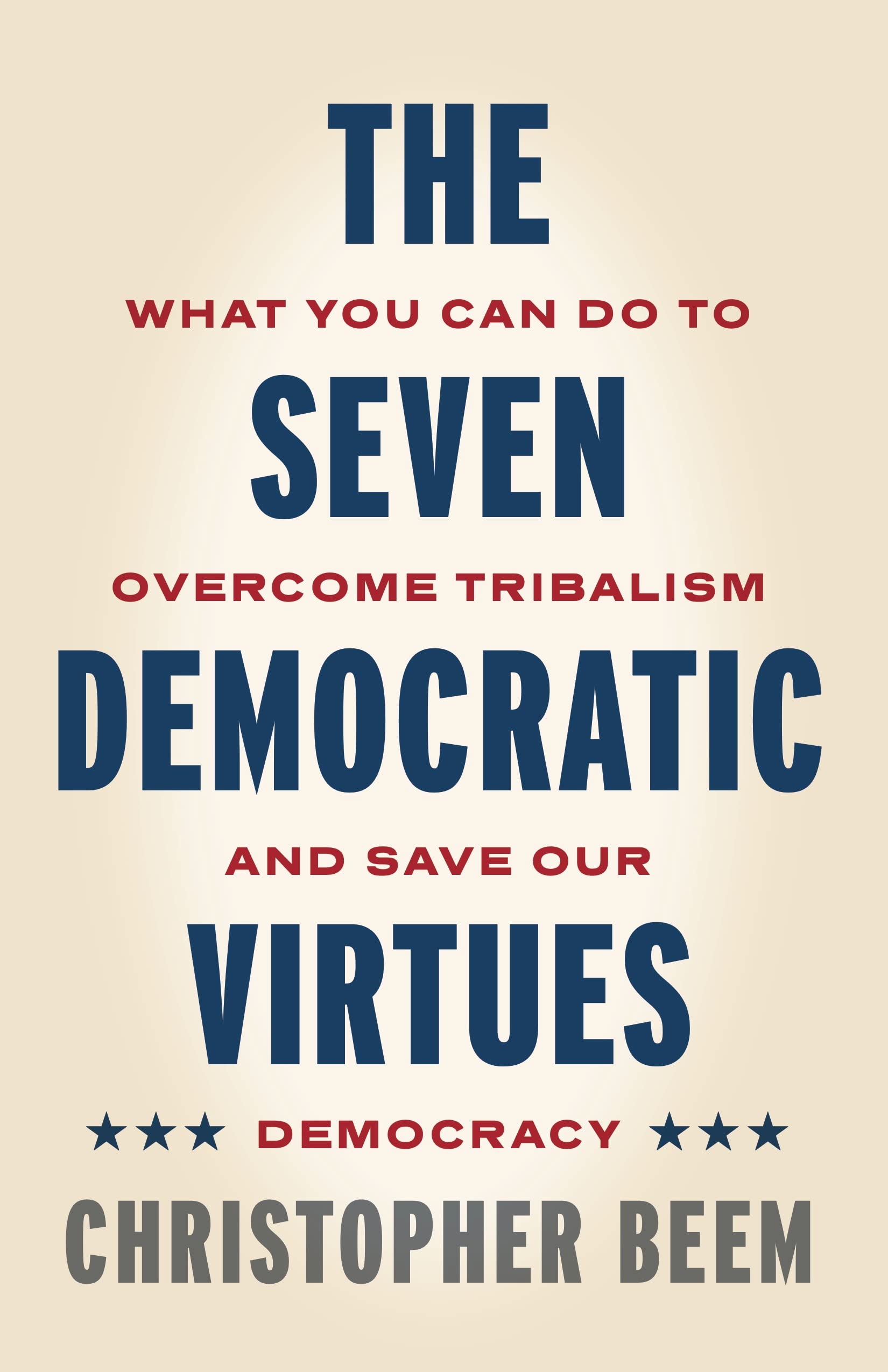 Beem said that while democracies are generally vulnerable to tribalism — for example, the two-party system in the U.S. tends to split people into one team or the other — the problem has reached new heights in the U.S. in recent years.

“It has swamped the banks of our democratic life and turned us into two ever-more-hostile camps,” Beem wrote in the book’s introduction. “In this moment, the ‘other side’ is no longer an opponent but an existential threat; norms of behaviors are for suckers; politics has become a zero-sum game. As more partisans — politicians and citizens alike — reflect this attitude, the rhetoric ratchets up, leading to ever more distrust, antagonism, and even enmity.”

However, Beem said there is still opportunity for people to step up and be part of the solution: changing the way they think about democratic citizenship.

To organize the list of virtues that would help citizens live together and thrive within a democracy, Beem broke them down into three categories: democratic thinking, democratic acting, and democratic belief.

According to Beem, intellectual or “thinking” virtues help us understand what is good and just, and the three thinking democratic virtues are humility, honesty and consistency. While humility is about understanding that everyone has biases that are hard to overcome, honesty is about recognizing that those biases can lead us to believe falsehoods.

“Consistency is how we can try to overcome those biases,” Beem said. “For example, if you think a certain behavior is acceptable when it’s done by someone on your side, would you feel the same way if it was somebody on the other side? Of course, every circumstance is different and there could be exceptions. But at minimum, having that kind of discussion helps move us beyond our biases. That’s democratic thinking.”

Next, Beem described the moral or “acting” virtues, which help us improve our actions —  courage and temperance. Courage is the ability to challenge the beliefs and actions of members of your own group, not just those of other groups. Temperance, meanwhile, is the ability to keep anger toward others from morphing into hate.

Finally, Beem listed the final virtues of charity and faith. While charity is the process of giving each other the benefit of the doubt and trusting that everyone has a common, shared commitment to democracy, faith is the belief that democracy can ultimately prevail.

“Faith is the idea that you can be a witness for what you understand to be true, and you can have faith that your fellow citizens will respect your voice and actions, listen to what you have to say, and actually be moved,” Beem said. “That’s not to say that happens all the time, or even the majority of the time, but that it can and has happened.”

Ultimately, Beem said he hopes people walk away from reading the book feeling more empowered than when they started.

“If you’re unhappy with the state of the country, it can be easy to feel overwhelmed or even despair,” Beem said. “I hope people can find things they can do to feel like they’re making a difference. In President [Joe] Biden’s inaugural address, he talked about times that America has been in crisis before, and that it took enough people standing up and doing the right thing to find a solution. And I think that’s right, that if you have enough people, you can change the culture. And by doing that, you can change our politics.”

“The Seven Democratic Virtues: What You Can Do to Overcome Tribalism and Save Our Democracy” will be published Aug. 30, by Penn State University Press. Beem will be teaching a one-credit class organized around the book in Spring 2023.