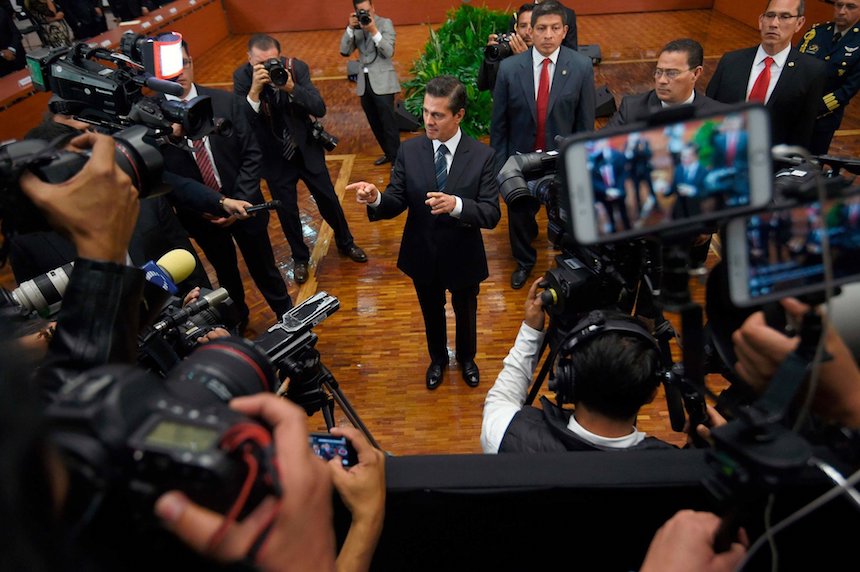 Israeli firm NSO Group sold the spy software it has developed – called Pegasus – to the Mexican government for use against terrorists and criminals, but Mexican government agencies deployed it against Mexican anti-corruption crusaders, journalists investigating the president, and various political and social activists.

The BBC reports that politicians and civil society activists have reacted with outrage at the revelation that they had been targeted alongside the crime groups and suspected terrorists.

“There is clear evidence that the targets here cover the political and civil society spectrum in Mexico,” said John Scott-Railton, senior researcher at Citizen Lab, part of the Munk School of Global Affairs at the University of Toronto, who did research on the topic.

Peña Nieto’s party, the Institutional Revolutionary Party, or PRI, which controlled Mexico from 1923 to 2000, has been associated with periods of excessive authoritarianism in the past, and political analysts are worried that in the face of mounting crime, growing violence, and spreading corruption, the PRI may be backsliding toward authoritarianism again.

“These are the actions of a non-democratic government,” said Fernando Rodríguez Doval, communications director for the opposition PAN party. “We demand that the government not only investigate, but imprison those responsible.”

The analysis by the University of Toronto’s Citizen Lab found that Mexico’s domestic intelligence agency has sent infected email messages to politicians and activists whenever sensitive political subjects came to the fore, such as congressional debate over anti-corruption legislation opposed by the government. The malware in the messages infected the recipient’s cellphone, making them accessible to the domestic intelligence agency.

Officials with the federal government have rejected the spying accusations, urging people to turn their cellphones to the attorney general’s office for examination.

Peña Nieto himself rejected the accusations, and in a speech last week said that the attorney general’s office would “apply the law against those who have levelled false accusations against the government.”

His office later clarified that the president did not intend to threaten anyone.

The former attorney general, Arely Gómez, did, however, acknowledge the use of the spyware, saying it was used “within the legal framework the law establishes for combating organized crime.”

Politicians from across the political spectrum called for an independent inquiry into the matter.

The opposition spokesman questioned why the government went to the length it did to spy on activists.

“Espionage is a common practice [in politics] and we know it’s done,” said Rodríguez. “But it has to be said this is expensive software. It’s only sold to governments to be used against criminals and terrorists.”

What Air Travelers Will Tolerate for Non-Discriminatory Security Screening