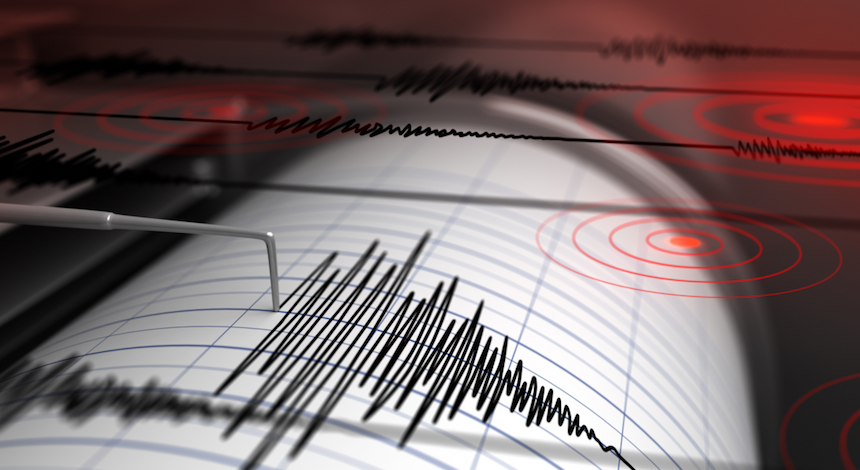 The University of Oregon’s efforts to strengthen the state’s monitoring and disaster-preparation efforts got a boost of just under $1 million in new federal funding announced recently by the U.S.Geological Survey (USGS).

“The funds will be used to install, maintain and operate additional seismic-monitoring sites throughout Oregon,” said UO geophysicist Doug Toomey, who leads the UO’s long-running efforts in the Pacific Northwest Seismic Network in collaboration with the University of Washington. “In addition, there are funds for engaging pilot users and the public.”

UO says that this means an expansion of projects with the Eugene Water & Electric Board, the Oregon Department of Transportation and the Rogue Valley Council of Governments that brings them into a core group of early adopters of ShakeAlert, as the Pacific Northwest is further integrated into an earthquake early warning system for the entire West Coast.

Along the West Coast now there are about sixty organizations that are test users, including utilities, transportation, emergency management, state and city governments, and industry. Several are engaged in pilot projects to demonstrate the practical use of ShakeAlert in a variety of applications.

As part of the UO’s share of the $4.9 million announced for the next fiscal year, salaries of three UO people involved in the system’s development will be supported. The award covers a new set of two-year cooperative agreements with the UO, California Institute of Technology, Central Washington University, University of California, Berkeley, University of Washington, University of Nevada, Reno, and UNAVCO Inc.

The geological survey also has purchased about $1 million in new sensor equipment to expand and improve the ShakeAlert system.

“In an earthquake, every second counts,” said Rep. Peter DeFazio (D-Oregon’s 4th District). “The University of Oregon and other West Coast universities are doing important work to build an early warning system that will give people extra seconds to save lives, avoid or reduce injury and mitigate infrastructure damage during a major earthquake. I will continue to push for the funding necessary to develop and deploy earthquake preparedness and earthquake early warning systems.”

These efforts, as well as internal work that the geological survey is conducting, are possible because of $10.2 million in funding to its Earthquake Hazards Program for ShakeAlert provided by Congress earlier this year.

While the UO’s efforts in ShakeAlert with federal funds are expanding, a $200,000 award to the UO from the Oregon Department of Geology and Mineral Industries is helping to move additional cooperative projects forward.

Working with the city of Medford, the UO is installing a seismic-monitoring station on Roxy Ann Peak. A second station also will be deployed near Jacksonville in the Applegate Valley, O’Driscoll said.

“ShakeAlert is a practical step forward in developing the infrastructure to provide warning in the event of an earthquake,” said Rep. Greg Walden (R-Oregon’s 2nd District). “Just like warnings for a flood, hurricane or tornado, early warning of impending shaking gives people time to prepare. Every few seconds makes a big difference when you’re protecting lives and property.”

Walden added that he’s met with UO faculty to learn about ShakeAlert’s potential impacts. “I’m pleased to see the expansion of this critical project to Jackson and Josephine counties,” he said.

Continuing to add seismic sensors in southern Oregon, O’Driscoll said, should give warning for local earthquakes, as well as up to a 30-second warning if a major earthquake begins on the southern end of the Cascadia subduction zone. The 600-mile zone stretches just offshore from northern California to British Columbia. Residents in Seattle could get up to a five-minute warning when ShakeAlert becomes fully operational.

Seismic sensors detect fast-moving “P” waves that spread outward from an earthquake’s epicenter, providing an opportunity to trigger alerts in advance of the slow-moving “S” waves that produce damaging shaking.

The UO also is working with the state highway department on finding locations for placing sensors on the state’s most-used highways and bridges and to use wireless communications to tie the devices to the network, O’Driscoll said.

“With the new federal funds and our other related projects with the state, we are able to continue to expand the state’s seismic-monitoring capabilities,” he said.

How the European Union Is Making Major Strides Fighting Terrorism