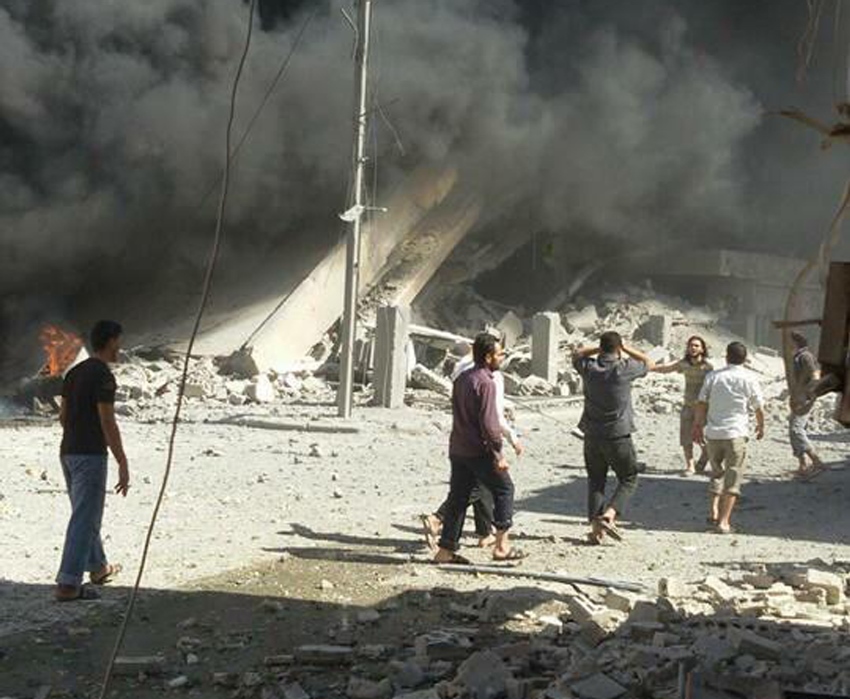 The majority of Russia’s military strikes in Syria have not been aimed at the Islamic State or jihadists tied to al-Qaida, and have instead targeted the moderate Syrian opposition, the U.S. State Department said on Wednesday.

“Greater than 90 percent of the strikes that we’ve seen them take to date have not been against ISIL or al-Qaeda-affiliated terrorists,” said spokesman John Kirby. “They’ve been largely against opposition groups that want a better future for Syria and don’t want to see the Assad regime stay in power.”

The numbers cited by the State Department spokesman were the first time that the U.S. government has offered specific figures about the targets of Russian airstrikes in Syria.

The U.S. assertions came as Russia intensified its bombing campaign in Syria.

Moscow claims it is targeting “terrorist groups,” but the term “terrorist” has been used by President Assad, Iran, and Hezbollah to describe any group which opposes the Assad regime. The Russian strategy appears to be a continuation of the Assad government’s military strategy.

Western intelligence agencies have offered evidence that the Assad regime, in a complex double game, has targeted most of its war effort against the non-Islamist and moderate reels, and largely abstained from attacking ISISand al-Qaeda-affiliated terrorist organizations in Syria, and even indirectly provided funds to and cooperated with as these organizations, with two goals in mind. The first is to persuade the West that the anti-regime uprising is inspired and led by Islamist militants, in order to complicate Western support for the rebels. The second is to allow the jihadists to gain the upper hand in the internal fighting among rebel groups. The regime believes that if the rebellion is seen to be led by Islamist fundamentalists rather than secular and moderate Syrians, more non-Alawite Syrians would side with the regime against the rebels, even if grudgingly (see “Assad bolsters al-Qaeda affiliates in Syria with secret oil deals, prisoner release: Western intelligence,” HSNW, 21 January 2014; and “U.S. charges Syria helping ISIS advance on Aleppo, Turkish border crossings,” HSNW, 2 June 2015).

The Guardian reports that the United States, which supports the moderate Syrian opposition, has consistently said that the Russian action will only add more fuel to the fire and will benefit the regime of Syrian president Bashar al-Assad.

“So whether they’re hit by a cruise missile from the sea or a bomb from a Russian military aircraft, the result is the same, that Assad continues to get support from Russia,” added Kirby.

“Assad continues to be able to have at his, you know, at his hands the capability of striking his own people, including those who are opposed to his regime.

“They’re putting themselves at greater risk.”

DYI experiment demonstrates the physics of climate change for students