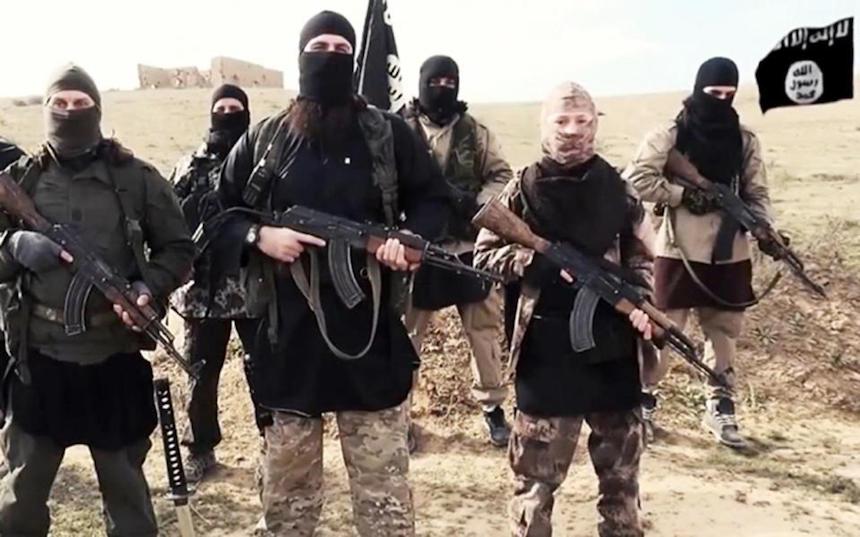 Interpol, in a 27 May circular to European intelligence and law enforcement agencies, has listed of 173 ISIS militants the international police agency says could have been trained to launch mass-casualty suicide attacks in Europe. The agency says the purpose of the coming attacks is revenge for the jihadist group’s military defeats in the Middle East, defeats which will soon put an end to the group’s effort to create an Islamist caliphate

The agency says its information is based on intelligence gleaned by U.S. Special Forces and intelligence community from ISIS documents and digital records seized in recent raids on ISIS strongholds in Iraq and Syria.

The Express reports that European counterterrorism agencies have so far not found evidence that any of the individuals on the list – all of them citizens of European countries — have yet entered Europe.

The purpose of the Interpol circular was to alert European intelligence and law enforcement services to the need to increase monitoring of family members and known friends and acquaintances of those on the list.

Interpol defines the militants as individuals who “may have been trained to build and position improvised explosive devices in order to cause serious deaths and injuries. It is believed that they can travel internationally, to participate in terrorist activities.”

Interpol, without elaboration, says the information was originally collected by the U.S. intelligence “through trusted channels.” U.S.intelligence gave the material to the FBI, which relayed it to Interpol for global dissemination.

In the list sent to the Italian police, Interpol explains how the list was constructed by collating different pieces of the puzzle from hundreds of sources. A main source was ISIS command posts in Iraq and Syria which were ran over by coalition forces.

“The people,” the Interpol note says, “have been identified through materials found in the hiding places of ISIL, the Islamic State of Iraq and the Levant.” The note adds that “it emerges that those subjects may have manifested willingness to commit a suicidal attack or martyrdom to support Islam”.

The list circulated to European law enforcement agencies contained suspects’ names, the date ISIS recruited them, their last known address in their home country, the mosque where they had been praying, their mother’s name, and photographs.

Interpol has also created an ID for each individual on the list. This will ensure that all relevant information gathered in different places across the continent would be accurately associated with the individual.

Interpol has asked the police services of member states for any information they have on file about each individual on the list, including background personal data, dates of border crossings, previous criminal offenses, biometric data, passport numbers, activity on social media, and travel history.

All the information will be added to Interpol’s Automatic Search Facility (ASF) database, to which all Interpol members have access.

Counterterrorism experts said that even with the information on the list, it will not be easy for Western police force to spot and monitor the suspects, who have access to  false documents, double identities, and fake passports.

Interpol said it was circulating the list as part of its mission to disseminate information among national crime-fighting agencies. “Interpol regularly sends alerts and updates to its national central bureau (NCB) on wanted terrorists and criminals via our secure global police communications network,” a spokesman said. “It is the member country which provides the information that decides which other countries it can be shared with.

“The purpose of sending these alerts and updates is to ensure that vital policing information is made available when and where it is needed, in line with a member country’s request.”

In 2015 UN terrorism experts estimated that there were 20,000 foreign fighters in Iraq and Syria, of whom 4,000 were from Europe.