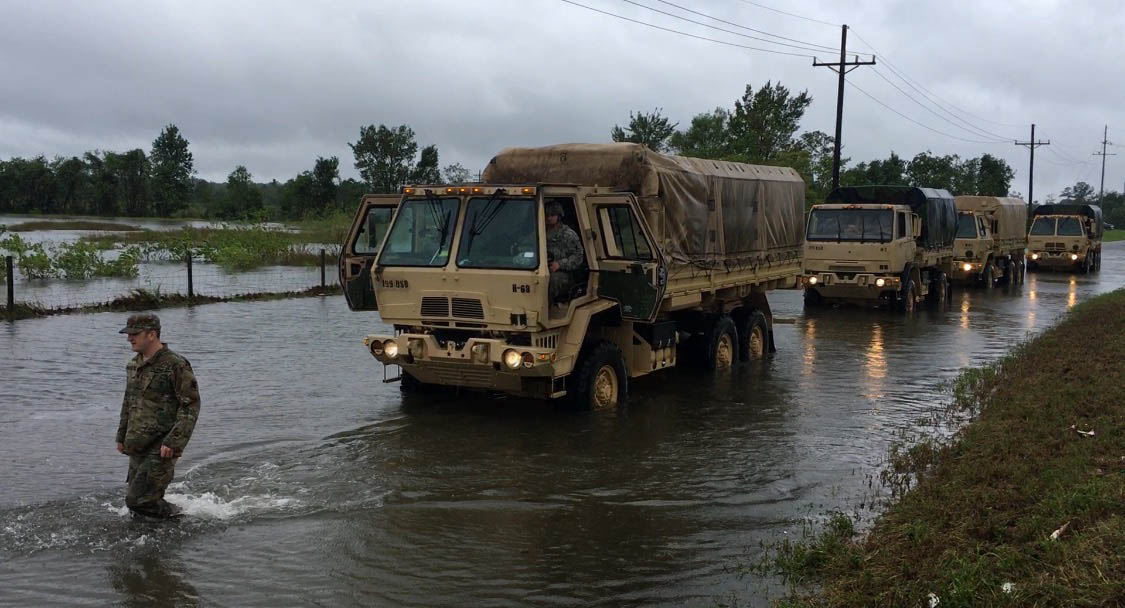 University of Delaware civil engineers are leading a multi-institutional effort to identify the best models to calculate flood risk at coastal military installations where climate change threatens to increase the risk of flood damage from sea level rise and storm surge.

The four-year project, which launched in spring 2022 and will run through spring 2026, is funded by a $2.2 million grant from the U.S. Department of Defense (DoD). Project partners include faculty and students from the Netherlands, North Carolina State University, the University of South Alabama, Texas A&M and the United States Geological Survey (USGS).

“Many military installations are located along the coast, and they can’t be easily relocated. They need to be protected,” said Jack Puleo, chair of UD’s Department of Civil and Environmental Engineering and project lead. “To do that, we need to understand what the flooding risk is.”

The DoD-funded research will explore numerical models that calculate total water levels in the face of sea level rise, tides, wind-induced surge, waves and other environmental variables to determine which approaches not only perform the best but are also the most cost-effective. The team of researchers will apply their work to three military sites: the Virginia-based Naval Station Norfolk on the Atlantic Coast, Tyndall Air Force Base on the Gulf Coast of Florida and the Ronald Reagan Ballistic Missile Defense Test Site on the Marshall Islands in the Pacific Ocean.

The goal is to be able to accurately predict what kind of flooding or damage a certain site might experience during a hurricane impact, for example, when there’s been another foot of sea level rise.

“But it’s not just getting wet that’s important,” Puleo said. “It’s about flooding duration and depth. If a prediction says there will be 1 inch of water on a roadway, maybe you don’t care as much. But if it says you’ll have 1 foot of water for multiple tidal cycles, that’s important to know. It could hamper critical services and evacuation.”

Their findings could have broader implications for coastal communities by identifying which applications work best in which settings because running high-fidelity models isn’t cheap or easy.

There is a wide range of predictive models available to use, from those that handle basic calculations (but are still highly technical) to those that can produce highly localized results. Combining those models with witness accounts and existing data will help researchers “tease out the importance of knowing the fine details,” Puleo said.

The question is how much information is really needed to make accurate predictions that could help these military installations become more resilient in the face of a changing climate, especially along the coast. It’s also about timing: the models have to be able to process information quickly enough so that there’s time for a response, such as moving assets out of the way if necessary.

“We’re the team testing out all of these models and methods to be able to provide a kind of roadmap for when to use which model and what it will cost computationally or resource-wise to be able to do that,” said Stephanie Patch, an associate professor at the University of South Alabama’s Department of Civil, Coastal, and Environmental Engineering. The answer would largely depend on the event — a heavy rain or a major hurricane — as well as the specific location.

The military is interested in learning about the best options because there can be a steep cost associated with running the higher-end models — upwards of $250,000 per site for data collection, supercomputer access and manpower to generate model input, at a rough estimate. On the other hand, there could also be a steep cost with responding to an event that never happens if the model’s prediction doesn’t play out — or the opposite if an event turns unexpectedly catastrophic and there’s no time to respond.

While Patch is focusing on a model that’s very closely tied to a small area of beach and dune and the impacts of erosion, North Carolina State University’s Casey Dietrich is working with larger-scale models capable of simulating storm effects over large areas, like an entire state or the entire Gulf of Mexico. But the information from the varying models can be linked to help the smaller-scale studies make more accurate predictions, Dietrich explained.

“The goal is to provide guidance to the DoD about the strengths and weaknesses of each model in comparison. They’re all going to have things they’re good with and things they struggle with,” Dietrich said. Those comparisons will help the agencies decide what types of models they want to use to get what types of information — depending on how much time, effort and funding they want to commit.

There’s also a goal of reducing cost and building smarter models, he said.

Still, differences in the geographic location of the military facilities themselves will play a role in the physics of varying environmental factors, such as wind-driven waves or storm surge, and how those variables interact with the land. That’s why researchers are exploring sites on the Atlantic, Gulf and Pacific coasts.

But knowing everything everywhere isn’t always possible, Puleo said. Information on what the seafloor or topography looks like may rely on data collected decades ago or sparse patches of information.

“There’s so many models to choose, and they’re not all easy to just pick up and use,” said Patch. “I think this project is so great because we’re getting a team of people together who have this expertise in different models who can determine the benefits of those.”

Planning for the future

Making as-accurate-as-possible predictions despite any data gaps and potential funding restraints is part of the real-world balance decision-makers must tackle in the face of storm preparedness.

UD postdoc Christopher Lashley is using data from 2011’s Hurricane Irene to see how a particular level of modeling will perform. His job, he said, is to make sure he’s giving the model the correct input — because the model is only as accurate as the information it’s given.

“The more complex the model is, the more physics it includes, the more computationally demanding it is,” Lashley said. “One simulation could take maybe 100 people with individual laptops running at the same time, if you weren’t using a supercomputer. Lesser models can be run in one hour or a few minutes. It can vary significantly.”

UD Professor Fengyan Shi, a numerical modeling expert with decades of experience and a core faculty member of UD’s Center for Applied Coastal Research, will lead the modeling group. He said working with fluid environments is very complicated because of the various elements you have to consider, like wind fields and how waves are generated.

Add on top of that the long-term process of sea level rise and physics happening in different places, such as the way water flows in a harbor versus the open ocean, and it’s easy to see how researchers can become very detailed with their modeling approaches.

“This is real applied research,” Shi said, noting that it will also help researchers further study the impact of physics in model predictions.

Ultimately, what the team tests and validates could be useful to everyone, Lashley said. Especially if findings indicate that the less-complex models work well at predicting, say, devastating impacts from a hurricane that would require evacuations days in advance, the coastal engineering work they’re doing could ultimately benefit countries and communities without the access to supercomputers or time to wait for slower models to be run.

This forward-looking kind of research is also what lies ahead in the future of coastal engineering, said Patch.

“We’re learning a lot about the models in terms of how they compare with each other,” she said. “I hope the outcome of this work doesn’t just benefit these specific locations, but also military installations around the world and communities around the world. It’s so translatable and transferable. I would love to see an outcome of this project — even if it’s indirect — to learn enough to apply it worldwide on all of our coasts as climate changes.”

How to Shelter from a Nuclear Explosion