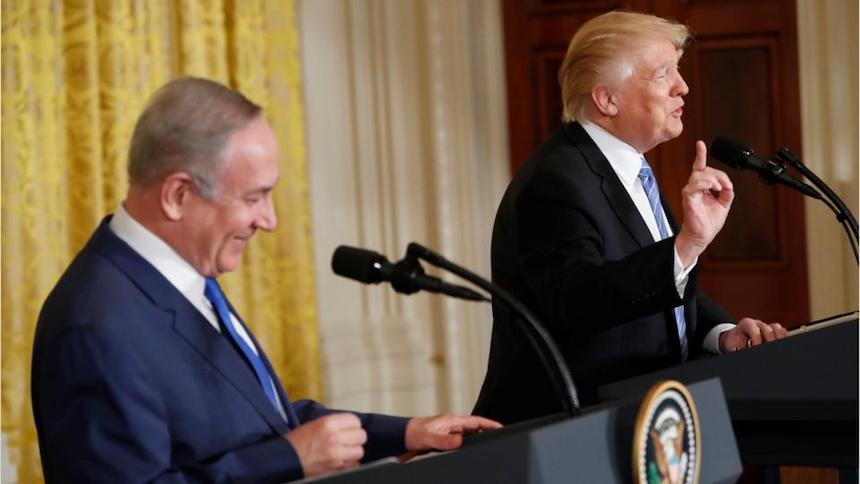 At their meeting at the White House today, U.S. President Donald Trump asked Israeli Prime Minister Benjamin Netanyahu to “hold back on settlements for a little bit.”

There are now more than 400,000 Israelis living in over 100 settlements located in the West Bank. Another 300,000 or so are living in East Jerusalem, which Israel has officially annexed. Driven by a powerful combination of religious nationalism, economic incentives and security concerns, the continued expansion of Israeli settlements is one of the main reasons so many seasoned observers of the conflict, myself included, are increasingly pessimistic about the prospects for peace between Israel and the Palestinians.

A source of tension

Israel’s settlement building has long been an irritant in U.S.-Israeli relations. Successive U.S. administrations have opposed it, viewing it as a provocation to Palestinians and an obstacle to a two-state solution to the Israeli-Palestinian conflict.

The Obama administration was particularly vocal and unyielding in its opposition to settlement construction. It insisted that all Israeli settlement building had to stop, whether it was taking place in Jewish neighborhoods in East Jerusalem, in large settlement blocs near Israel’s pre-1967 border or in remote outposts deep inside the West Bank. In fact, the Obama administration’s refusal to officially countenance any settlement building was a source of persistent tension in U.S.-Israeli relations over the past eight years.

The Trump administration, by contrast, looks likely to adopt a more permissive attitude toward Israeli settlements. To be sure, it will not be as tolerant as those on the Israeli right and some on the American right initially hoped it would be.

During the presidential election campaign and before taking office, Trump and some of his advisers indicated that he was supportive of Israeli settlement building. Trump had even given money to the settlement of Beit El, and his designated ambassador to Israel, David Friedman, has raised millions of dollars for it. Buoyed by such high hopes, Naftali Bennett, the leader of the right wing Jewish Home Party which draws much of its support from Israeli settlers, triumphantly declared after Trump’s election victory: “The era of a Palestinian state is over.”

A few weeks into his presidency, however, it is becoming clear that such triumphalism was premature. Trump has expressed a desire to make in his words “the ultimate deal” and broker a peace agreement between Israel and the Palestinians. That will inevitably involve the establishment of a Palestinian state – even if the Trump administration doesn’t explicitly insist upon this. Trump has also stated in a recent interview with an Israeli newspaper that settlements are not “a good thing for peace,” and “every time you [Israel] take land for a settlement, there is less land left [for Palestinians].”

Trump will probably work out an agreement with Netanyahu that will allow Israel to build in the large blocs of settlements that it plans to keep in any peace deal and eventually annex. Such an agreement, similar to one reached in 2004 between President Bush and then-Israeli Prime Minister Ariel Sharon, will benefit both Trump and Netanyahu, and remove a source of controversy and conflict in the relationship between the United States and Israel.

But although it will be good for U.S.-Israeli relations, it will do nothing to improve Israeli-Palestinian relations. If anything, it will only further damage an already destructive relationship. After all, the land on which Trump will allow Israel to expand its settlements is land that the Palestinians regard as rightfully theirs.

There is something seriously amiss when an Israeli leader is interested only in reaching an agreement with an American president, rather than with his Palestinian neighbor. While gaining American acquiescence for future Israeli settlement building is certainly useful for Netanyahu, it is ultimately the Palestinians who must consent to Israel’s plan to eventually annex the large settlements, probably in exchange for an equivalent amount of land from within Israel’s pre-1967 borders.

The Trump administration cannot confer legitimacy on Israel’s settlements. Nor is it entitled to give Israel permission to build on land that the international community, international law and the Palestinians themselves regard as “occupied Palestinian territory,” that might eventually become part of a future Palestinian state.

Sadly for the Palestinians, they are in no position to stop Israel from building in the West Bank and East Jerusalem. They can only watch helplessly from afar as Israel and the United States decide on what happens to their land.

Whatever agreement concerning settlements Trump and Netanyahu might reach, it will not help to move Israel and the Palestinians any closer to a peace agreement.

Electricity Costs to Surge in a Warming World