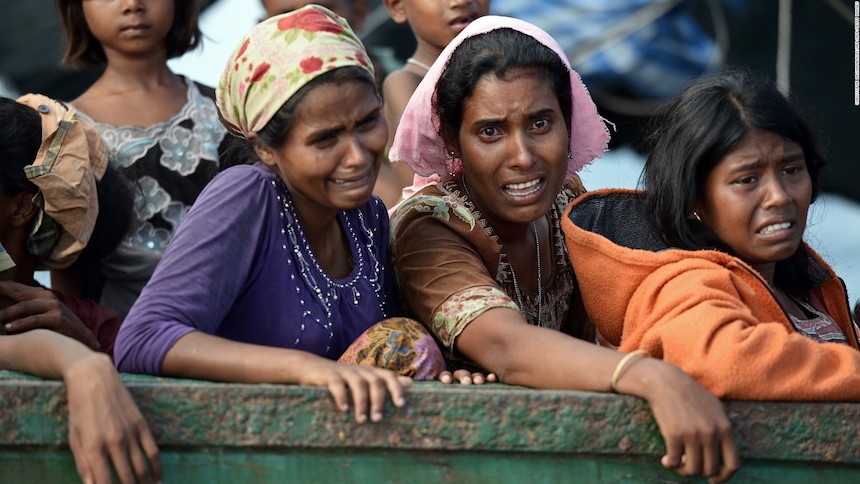 Much has been made of the Rohingya being stateless. But how they are being treated is utterly heartless. The almost 1 million Rohingya Muslims displaced from Myanmar’s Rakhine State to Bangladesh are housed in squalid camps quickly becoming reservoirs of disease and despair. A new outbreak of diphtheria comes on the heels of cholera and measles outbreaks. Insufficient food, shelter, health care, and hope add to the almost unimaginable suffering of these most disenfranchised refugees.

Alarming new evidence illuminates the horror from which the Rohingya have fled. Médecins Sans Frontières reported on Dec 14 that at least 6700 Rohingya were murdered in the month following the Aug 25 “clearance operations” by Myanmar’s security forces. The majority of the dead were shot, others were burned or beaten to death, and some were killed after sexual violation. An estimated 730 young children were murdered during that month alone. This adds to testimony of organised, coordinated, and systematic burning, killing, and mass rape; activity suggesting ethnic cleansing that the Office of the UN High Commissioner for Human Rights has called “acts of appalling barbarity committed against the Rohingya”.

The horrific images and accounts of destruction and desolation are almost unbearable. But that acts of such atrocity could be afflicted on fellow human beings is not something we can look away from. If this is genocide, our only resolution now is to immediately accelerate the responsibility to protect. The UN Security Council, with the full support and obligations of member states, must investigate these apparent crimes against humanity, impose appropriate sanctions against military forces in Rakhine, and invoke their considerable resources to protect the Rohingya before these people are destroyed.

Could we bear to live with the alternative?