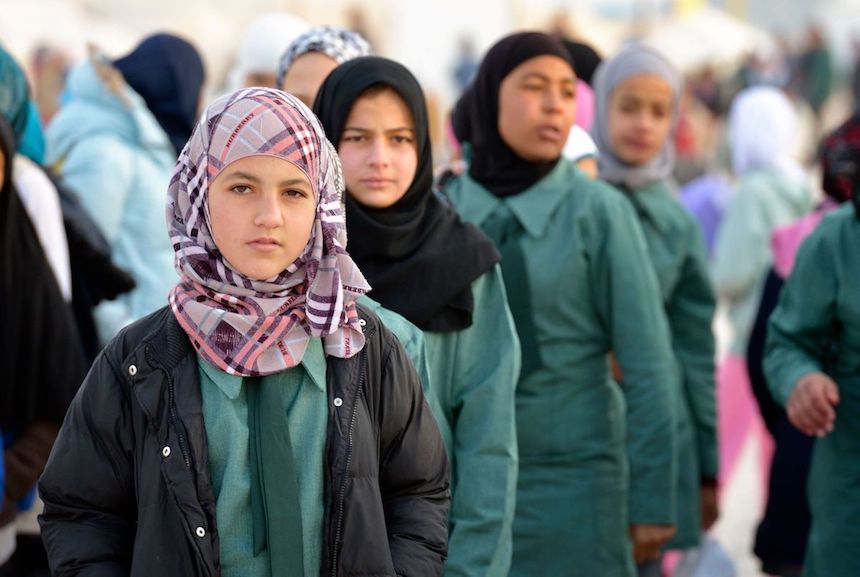 A new study shows that a humanitarian program to improve the mental health of adolescents affected by the Syrian war has a biological benefit: For participants in the program, it decreased levels of cortisol (a hormone associated with stress) by a third.

The study, published in the journal Psychoneuroendocrinology, is the first to use an objective biomarker — in this case, hair cortisol — to assess the impact of a mental-health intervention for war-affected youth. By measuring the cortisol concentrations in hair samples, the researchers corroborated the youths’ self-reporting of stress and psychosocial wellbeing.

“Our work demonstrates the utility in using stress biomarkers for tracking physiological changes in response to interventions over time. Through hair cortisol, we can examine the biological signature of past trauma, current insecurity, and stress-alleviating interventions,” said Catherine Panter-Brick, professor of anthropology, health, and global affairs at Yale University, and the study’s co-author and principal investigator. “We’ve shown that effective psychosocial interventions can have a physiological benefit, protecting the health and development of young people who live through war and forced displacement.”

The researchers partnered with Mercy Corps, a global humanitarian and development organization that operates Advancing Adolescents — a structured eight-week program for 12- to 18-year-olds designed to reduce the effects of profound stress and build strong ties to family and community. The study was conducted in four cities in northern Jordan, near the Syrian border, where Mercy Corps had implemented the program for war-affected youth. It involved a gender-balanced sample of 733 adolescents (411 Syrian refugees and 322 Jordanian non-refugees).

The researchers relied on cortisol concentration in hair, which acts as a “chronic stress diary” as levels of the hormone accumulate in hair over time. They collected hair samples from study participants at three points: before they entered the program, shortly after they completed the program, and about 11 months after the initial sample.  The team conducted a randomized control trial, hiring professional hairdressers to offer youth a complimentary haircut at the time of measurement.

They found that Advancing Adolescents reduced cortisol by about 38% over the long term. The study showed that the intervention benefitted all participants, whether they were male or female, refugee or non-refugee, and irrespective of their insecurity, stress, or posttraumatic stress symptoms.

Although it lowered cortisol for most youth, the program had the added benefit of raising cortisol for those who had unusually low levels of the hormone. Both too high and too low cortisol levels pose risks for health, including depression, memory and learning deficits, high blood pressure, and impaired stress responses. These results indicate that the program benefits participants through regulating their cortisol production.

As of January 2018, 5.4 million people have been forced to leave Syria — the largest refugee crisis since World War II. More than 655,000 Syrians have sought refuge in neighboring Jordan. Half of the displaced are children under 18 years old.

The research was funded by Elrha’s Research for Health in Humanitarian Crises (R2HC) Programme, which is funded equally by the Wellcome Trust and the U.K. government.