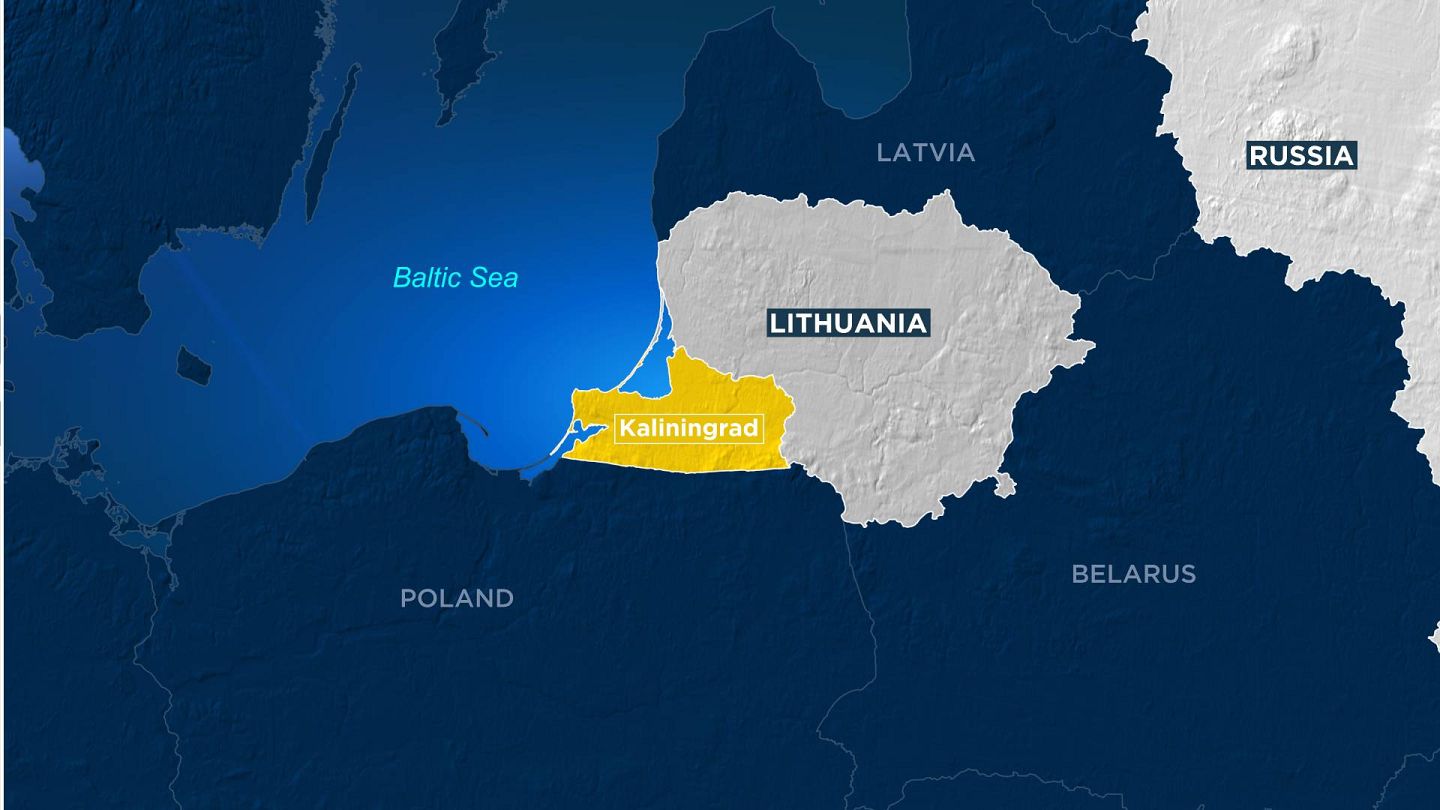 Lithuania on Monday defended its decision to bar rail transit from Russia to a Russian Baltic Sea exclave of goods hit by European Union sanctions, in a move that drew Moscow’s strong anger amid high tensions in the region.

Lithuanian Foreign Minister Gabrielius Landsbergis said his country was simply implementing sanctions imposed by the EU, of which it is a member. He said the measures implemented Saturday were taken after “consultation with the European Commission and under its guidelines.”

“Sanctioned goods (will) no longer be allowed to transit Lithuanian territory,” Landsbergis added.

Goods on the list include steel, but are set to be broadly expanded to cover items from coal to alcoholic drinks.

The Kaliningrad exclave, home to some 430,000 people, is surrounded by Lithuania and Poland, another EU country, to the south and isolated from the rest of Russia. Trains with goods for Kaliningrad travel via Belarus and Lithuania. There’s no transit through Poland. Russia can still supply the exclave by sea, without falling foul of EU sanctions.

Russia has demanded that Lithuania immediately lifts the ban, with the Foreign Ministry in Moscow saying that if transport links are not restored in full “Russia reserves the right to take action in defense of its national interests.”

“This decision, indeed unprecedented, is a violation of everything and then some. We understand that it is connected to the relevant decision of the European Union to extend the sanctions to transit (of goods). This we also consider unlawful,” Peskov told reporters on Monday.

The foreign ministry summoned Lithuania’s chief diplomatic representative in Moscow for a formal protest and alleged the Baltic nation was acting in breach of international agreements. Lithuania has not had an ambassador in Moscow since April, when it downgraded diplomatic ties in protest at the killing of civilians in Ukraine by Russian troops after the Feb. 24 invasion.

Lithuania later summoned the Russian envoy in Vilnius to tell him the ban was in line with EU sanctions, and that there was no blockade of Kaliningrad.

Borrell added that Lithuania did not take any unilateral national restrictions and denied that land transit between Kaliningrad and other parts of Russia had been stopped, or banned.

“There is no blockade,” Borrell said. He added that the transit of passengers and goods that are not sanctioned is continuing.

Ukrainian Foreign Minister Dmytro Kuleba tweeted: “Russia has no right to threaten Lithuania. Moscow has only itself to blame for the consequences of its unprovoked and unjustified invasion of Ukraine.”

On Monday, Lithuanian customs said the sanctions, which took effect in mid-June, were part of the fourth EU sanctions package imposed on March 15.

Lina Laurinaityte Grigiene, a customs spokeswoman, said affected items include Russian steel “that cannot be transported over the territory of European countries.”

“The land transit between Kaliningrad and other parts of Russia is not stopped or blocked. All goods that are not under sanctions travel freely,” she said.

She added that starting July 10, similar sanctions will be implemented on concrete and alcohol goods, from Aug. 10 on coal and from December no Russian oil will be allowed into EU territory.

Anton Alikhanov, the governor of the Russian exclave, has estimated that the ban would affect some 50% of all goods flowing towards Kaliningrad by rail. He also said he would call on Russian authorities to take measures against Lithuania and would seek to have more goods sent by ship.

Kaliningrad, which is home to the Russian Baltic Fleet, is Russia’s only ice-free Baltic port. Moscow has also deployed there nuclear-capable Iskander missiles.

As part of its economic sanctions, the EU has imposed a number of import and export restrictions on Russia. The bloc said it has been careful not to harm the Russian population with its packages of measures and therefore excluded products related to health, pharma, food and agriculture. The list of sanctioned products include up to 90% of oil imports, coal, steel, iron, wood, as well as caviar and vodka. Bans are implemented by the EU’s customs authorities.