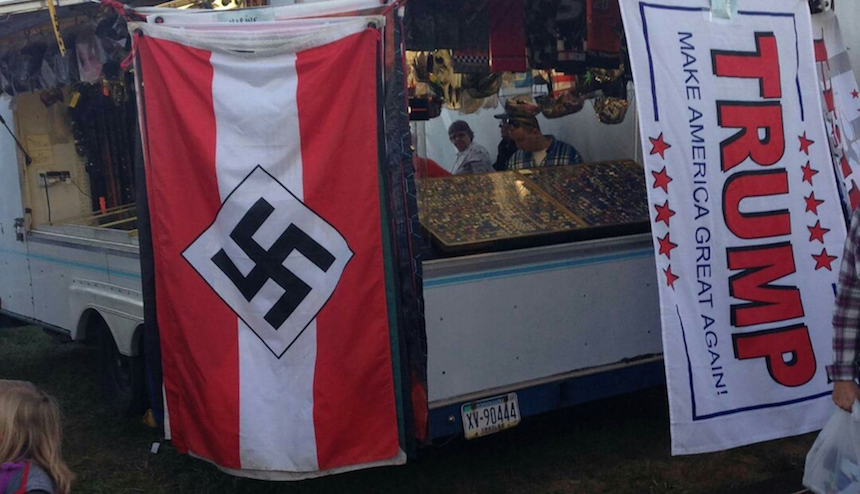 In the wake of the 12 August confrontations between protesters and counter-protesters in Charlottesville, Virginia, some progressives are calling for legal restrictions on the display of the Nazi flag. These arguments are entirely understandable, but they often misapply existing First Amendment law, and they suppress free speech values that progressives — more than anyone else — should want to defend, says a Constitutional law expert at Washington University in St. Louis.

“A familiar meme in recent days has been that display of the Nazi flag is inherently ‘incitement’,” said Greg Magarian, professor of law, referring to the neo-Nazis, white supremacists and others staging a rally that resulted in counter protests, skirmishes, arrests and death.

“That term is important, because incitement is a doctrine that exempts certain speech from First Amendment protection,” he continued. “However, display of a Nazi flag, without more, doesn’t come close to satisfying the legal test for incitement. Incitement has a very narrow, precise legal meaning: a statement that the speaker knows or should know is likely to directly cause imminent unlawful action. Displaying a Nazi flag can be incitement, but usually it isn’t. In the United States, the vast majority of displays of Nazi flags have not, in fact, caused unlawful action. That’s very strong evidence that the display of a Nazi flag without other, aggravating circumstances doesn’t amount to incitement.”

The First Amendment doctrine that seems to fit the Nazi flag argument better is the “true threat” exception, Magarian said.

“A true threat is a statement that a reasonable person would perceive as threatening them with injury or death,” he said. “There’s an argument for calling the display of a Nazi flag, without more, a true threat. But that doctrine is fairly narrow as well. The display has to be directed at a particular person or persons, and the circumstances have to support a reasonable inference of an actual threat. The Supreme Court has held that a cross burning can be punished as a true threat, but only in circumstances where a specific person(s) could reasonably perceive an immediate threat. The fear that, for example, a violent political movement will develop over time doesn’t fit the true threat doctrine.”

We could change First Amendment law to eliminate these doctrinal barriers, Magarian notes.

“Europe and Canada, for example, strongly restrict what we colloquially call ‘hate speech’ — basically, speech that demeans another person or group based on identities,” he said. “The U.S.could do that. Or we could loosen the incitement and/or threat doctrines. Those aren’t crazy ideas; the European Union (mostly) and Canada have democratic systems that function at least as well as ours does. But making any of those changes would require a massive revision of First Amendment law, either by constitutional amendment or by a sea change in the Supreme Court’s sense of the First Amendment. Such a massive change would require diverting a lot of political energy from other causes and would also open the door to any number of other changes that progressives might have very good reason to fear.”

Protecting the display of the Nazi flag allows harm to happen, Magarian said.

“But trying to shut down such displays does greater harm and runs greater risks,” he said. “Progressives sometimes object that free speech protections disproportionately help powerful people. They’re right; but that’s ultimately a problem about social power, not about speech. It’s highly implausible to imagine relaxing First Amendment protections in a way that would defeat the gravity of social power. If we allowed for punishing hate speech, states would prosecute people for being anti-white male and anti-corporate. If we broadened the true threat exception, police would break up Black Lives Matter marches with complete impunity. We used to have a broader incitement exception, and the victims were anti-war and pro-labor activists. Changing society requires reallocating power, not simply squelching rhetoric, and reallocating power requires free speech. Free speech didn’t just do harm in Charlottesville; it’s doing good, much broader good, in the wake of Charlottesville, as people of good will use their First Amendment rights to condemn and discredit white supremacy.”