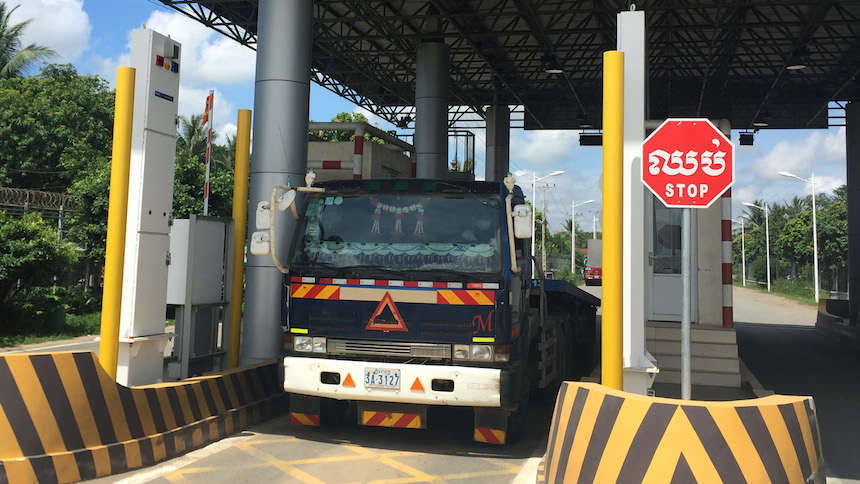 Customs officer Mengsrom Song and his colleagues are used to the sound of radiation alarms. One third of cargo container shipments passing through the Phnom Penh Autonomous Port set off alarms on the sensitive radiation portal monitors intended to catch smuggled radiation sources and nuclear material.

All of the alarms since the device was installed in July 2016, however, have been caused by material such as tiles, fertilizers and construction materials, said Song, Deputy Chief of the customs office at the port, located on the Mekong River just outside Cambodia’s capital. The port handles a quarter of the country’s foreign trade.

“Evaluating radiation alarms represents a huge challenge for us as they require us to perform secondary inspections on dozens of containers a day,” Song said. “This takes time and resources, and detracts from our other work.” Secondary inspections involve the time-consuming use of hand-held radionuclide identification devices, which measure the amount of radiation and identify its type and source, as well as analysis of the radiation portal monitor’s data to check the commodity type and origin.

The IAEA says that a new smart phone application launched by the IAEA will help distinguish between alarms due to harmless amounts of naturally occurring radiation and alarms that might be a cause for concern from a security standpoint and warrant further investigation.

The app is the outcome of an IAEA coordinated research project that aims to improve the assessment of initial alarms. Researchers from the IAEA and twenty countries have worked together to improve the alarm assessment process by developing tools and algorithms for the detection software, with the goal of enabling  it to distinguish between radiation from potentially smuggled man-made sources and naturally occurring radiation.

The app may be downloaded from iTunes and Google Play.

The key to the research is to be able to distinguish between the radiation characteristics of these different substances, said Charles Massey, nuclear security officer at the IAEA, who coordinates the research. The distinction cannot be based on the quantity of radiation, because the detectors need to catch even small amounts of nuclear or other radioactive material that may be present. Instead, researchers are looking into ways to identify the make-up of radiation from different isotopes that characterize each material. The software will need to identify and record these, so that it can screen out radiation from naturally occurring materials that match these profiles. This would filter out most of the innocent alarms, allowing customs officers to concentrate on the remaining unclear cases.

Even while researchers are working on new algorithms for use in software programs that will be installed in the detection systems, the new app called TRACE (Tool for Radiation Alarm and Commodity Evaluation) includes a detailed compendium of naturally occurring radioactive substances and their typical radiation characteristics. “This is a big step in the right direction, as using the app will reduce the time spent deciding whether a container setting of the alarm requires further investigation,” said Sokkim Kreng, customs officer at Cambodia’s largest sea port in Sihanoukville.

IAEA guidance recommends that countries use radiation detection equipment as part of their national nuclear security programs to check commercial goods exports and imports, as a way to intercept smuggling in nuclear and radioactive material.