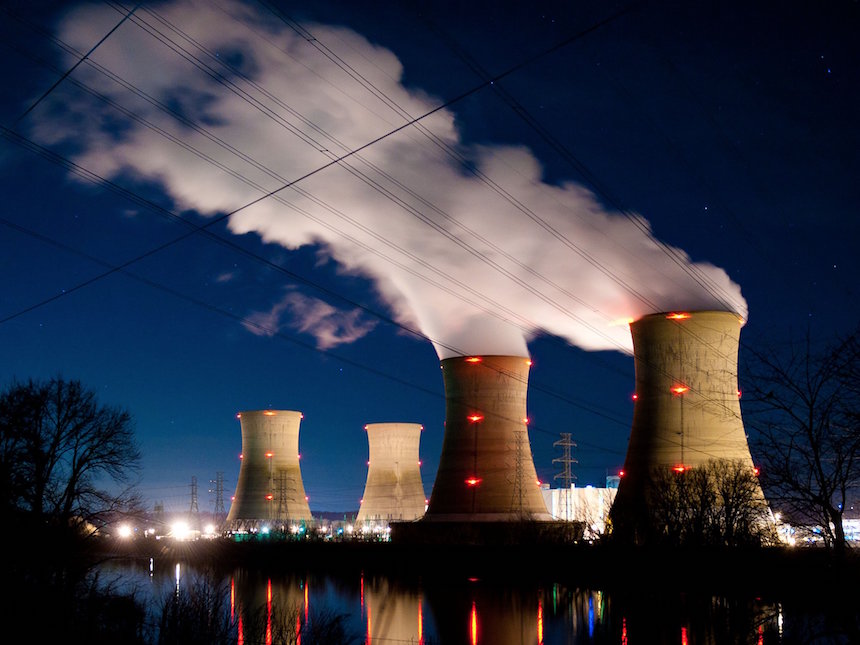 When it comes to the current plans to retire U.S. power plants, Carnegie Mellon University researchers believe we are “running towards a cliff with no fence.”

Published in Energy Policy, CMU’s David Rode and Paul Fischbeckand alumnus Antonio Páez, who now works for DAI Management Consultants, examined more than a century of power plant construction and retirement data. They found that power plant retirement trends will complicate achieving long-term carbon dioxide (CO2) emission reduction targets and require a significant increase in capital investments. Additionally, a shift in investment emphasis from adding megawatts of generating capacity at low cost to reducing tons of CO2 emissions is creating an imbalance that may pressure grid reliability over the next two decades.

“There has been comparatively little research into how long power plants actually live,” said Rode, a doctoral candidate in the Department of Social and Decision Sciences. “Most of the industry is focused on the addition of new generating capacity, but the retirement of aging capacity is equally important.”

CMU notes that while retiring older power plants is often thought of as a way to reduce emissions, as less efficient plants are taken out of service, the United States also stands to lose a substantial amount of zero-emitting power plants when the vast majority of the existing nuclear power plant fleet retires between 2030 and 2040, if not before.

“Some 90 percent of every megawatt ever built is still in operation and now is more than 28 years old on average,” said Fischbeck, professor of social and decision sciences and engineering and public policy and a world renowned risk expert. “One of the interesting results from our study was that younger coal plants have tended to retire earlier than older coal plants. As these younger plants generally have lower emissions, their retirement tends to be less environmentally beneficial than initially thought.”

With the failure of the EPA’s proposed Clean Power Plan and the withdrawal from the Paris Climate Agreement, the U.S. is now without a national CO2 reduction objective. The removal of those regulatory constraints expands the opportunities available to utilities and improves their investment flexibility, but it also increases regulatory uncertainty. However, many regions, states and even cities continue to have mandates to reduce CO2 emissions. Coupled with the uncertainty surrounding future national CO2 regulation, these varying mandates create economic conditions that inhibit investment and thereby place even more emphasis on the continuing performance of existing power plants.

“A key factor in meeting these objectives—or any future national ones—will be the retirement of existing zero-emitting facilities,” said Rode.

“Despite perennial claims of underinvestment, dollars invested have grown steadily—in constant dollars—for decades. The difference is that they have tended to lead to fewer megawatts of new capacity and have focused instead on reductions in emissions,” Rode said.

Rode, Fischbeck, and Páez looked at power sector capital investments and found that dollars spent per megawatt-hour generated has increased by nearly 300 percent over the past two decades. However, electric generation has increased by only 26 percent. The incremental expense growth has instead been channeled, in part, to improving environmental performance (tons of CO2 emitted per megawatt-hour) by 17 percent.

Páez said, “Evaluating whether this large increase in investment was well spent requires rethinking how investment performance is measured.”

Given the country’s rapidly aging power plants, retirements are likely to increase substantially after 2030.

“The spending required just to replace the retiring plants and meet a modest level of growth will require up to five times the level of historical investment activity,” Fischbeck said.

Rode continued, “Our research shows that the amount of generation added in 2002, the previous record year, will be needed each year between 2030 and 2040 at a cost of more than $110 billion per year—a level roughly three times that of the average of the last twenty years. There is no question that the implications of this retirement cliff after 2030 are significant from cost, reliability, and environmental perspectives. Careful planning must begin now.”