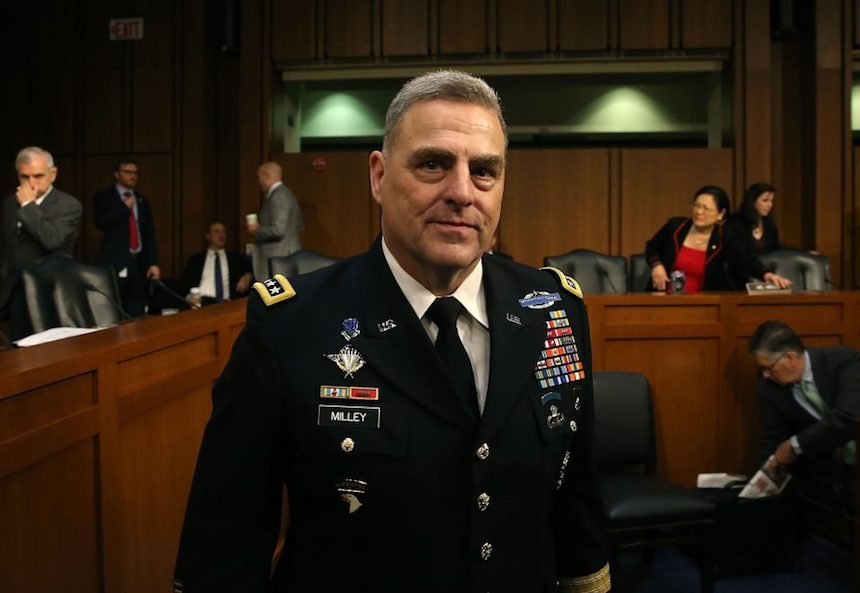 General Mark Milley, the chief of staff of the Army, warned that North Korea’s ability to launch a missile capable of reaching the United States is advancing more significantly and faster than expected.

Milley warned that “time is running out” for a diplomatic solution to the North Korean crisis.

“North Korea is extremely dangerous and more dangerous as the weeks go by,” he said in a talk at the National Press Club in Washington, D.C.

General Milley pointed to North Korea’s launch of an ICBM earlier this month, saying that Pentagon analysts believe the missile is capable of reaching Alaska.

At the time of the launch, Pentagon officials said the missile was something they had “never seen before.”

Pentagon experts say the missile, which was launched 4 July, was unlikely to be capable of carrying a nuclear warhead, but the North Korean would have such capability by 2018.

Earlier Pentagon estimates said the North Korean would have a missile capable of carrying a nuclear warhead to Alaska no sooner than 2020.

After the 4 July launch, U.S. ambassador to the UN Nikki Haley said the United States is prepared to use military force against North Korea if necessary.

“One of our capabilities lies with our considerable military forces,” Haley said. “We will use them if we must, but we prefer not to have to go in that direction.”

In testimony before the Senate Armed Services Committee earlier this year, General Milley warned that war with North Korea would be “tragic on an unbelievable scale.”

“The levels of violence would be immense, the likes of which the world hasn’t seen since the Second World War,” he said.

President Donald Trump, early in his tenure, said he would work with China to address the crisis, but China has so far proven unwilling to press North Korea. After learning, earlier this month, that trade between China and North Korea had actually grown in the last quarter, Trump tweeted: “So much for China working with us — but we had to give it a try!”

He appeared to contradict himself a few days later, when, in another tweet, he said: “Just left China’s President Xi where we had an excellent meeting on trade & North Korea.”

Community Racial Bias Predicts Use of Lethal Force by Police

NASA to Use Asteroid Flyby to Test Planetary Defense Network