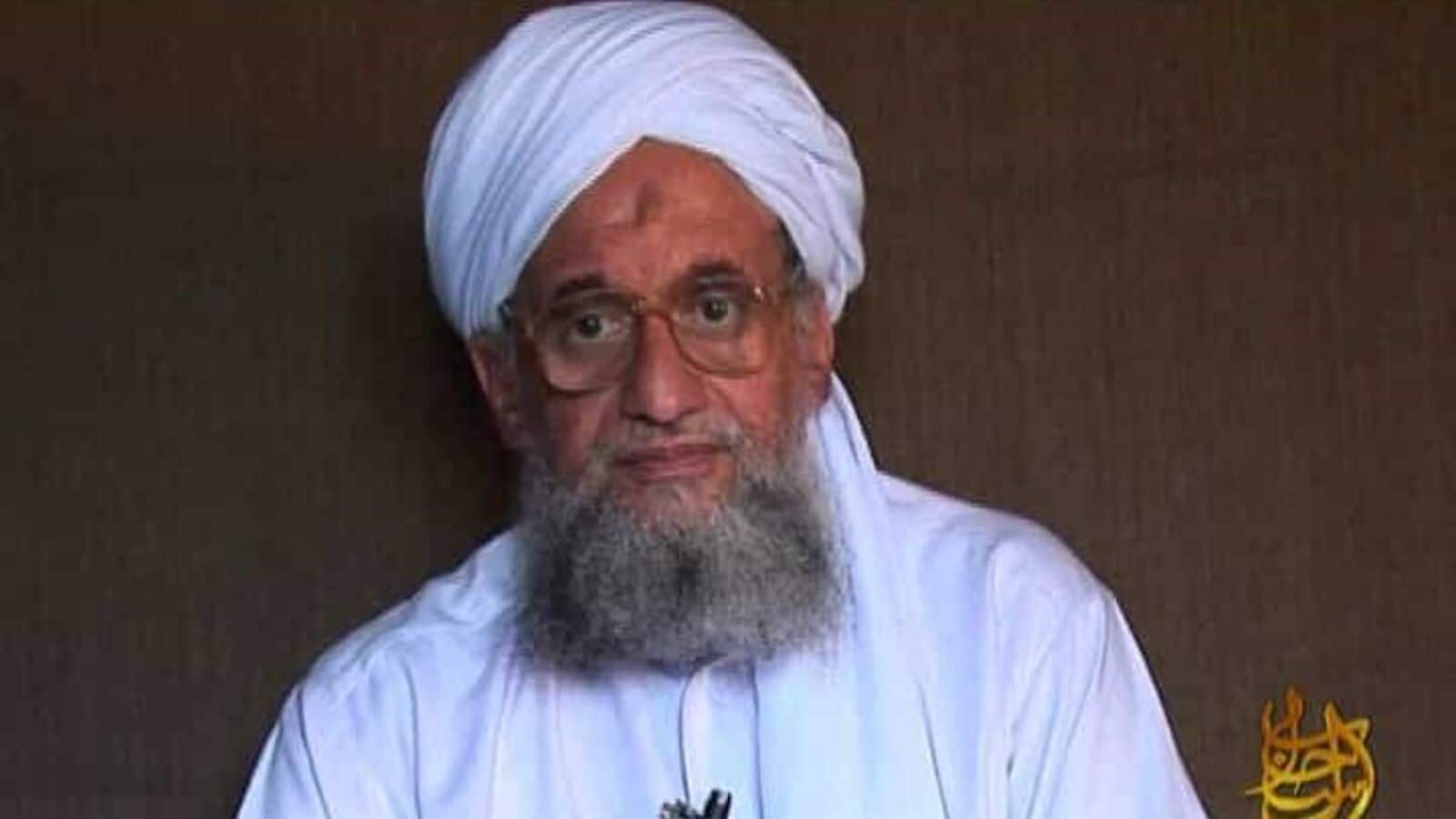 Editor’s Note: The killing of al-Qaeda leader Ayman al-Zawahiri in July raised the obvious question of who would succeed him—and many months later, we still don’t know the answer. Raffaello Pantucci of the International Center for Political Violence and Terrorism Research and Kabir Taneja of the Observer Research Foundation suggest several possible explanations for al-Qaeda’s inability to put forward a new leader. Although the specific reasons remain unclear, they suggest the weakness of al-Qaeda today. – Daniel Byman

In May 2011, it took al-Qaeda just a few days to formally comment on Osama bin Laden’s death, and only until June for them to confirm Ayman al-Zawahiri’s ascension to the organization’s top job. When Abu Bakr al-Baghdadi was killed in 2019, the Islamic State was even more efficient, taking just days to both confirm his death and announce his successor. But despite the United States announcing that Zawahiri was killed at the end of July, al-Qaeda has thus far neither confirmed his death nor announced who will fill his shoes. Adding to the layers of confusion, they released a new recording by Zawahiri, though it did not contain indications of when it was made, and his image continues to be used across their publications. It is not clear what this silence means for the organization and the wider terrorist threat from al-Qaeda, but it does not seem positive for the group.

Analysts have been monitoring al-Qaeda media for indications of what the group’s future hierarchy will look like. Experts and governments do not expect the group to completely collapse or stop targeting the United States and its interests at home or abroad. In recent testimony before the U.S. Senate Committee on Homeland Security and Governmental Affairs, Christine Abizaid, director of the National Counterterrorism Center, outlined her office’s assessment that while al-Qaeda’s capacity has diminished, the group’s North African and Somali affiliates still pose significant threats. Al-Qaeda’s behavior over the past three months reinforces this assessment: It is increasingly difficult to believe that the group can exert the same threat given its leadership depletion.

There are a number of possible reasons for al-Qaeda to remain silent about Zawahiri’s death. It could of course be the case that the United States is wrong about his death. This would seem unlikely given the confidence with which President Biden publicly spoke about the strike, the seemingly specific evidence he claimed to have seen, and the details briefed to the press by anonymous officials. The announcement, though with less fanfare, was similar to the announcement of the Abbottabad raid in Pakistan that targeted Osama bin Laden, for which the government also did not present pictorial evidence. But it would not be the first time that the U.S. government was very confident about the success of a drone strike, only to walk back much later on who was killed or what actually transpired.

It could also be that al-Qaeda is uncertain as to what has happened and whether Zawahiri is dead or not. This would seem strange given where he was located and the reported ease with which al-Qaeda figures are able to move around Afghanistan, with some even traveling to Kabul to meet with the Taliban leadership. Given such public reporting of their movements and the group’s free hand in Afghanistan, it would be odd if al-Qaeda was unable to ascertain whether its leader was deceased or not, and even more surprising that Zawahiri did not have a clear succession plan in place.

Instead, the reason for al-Qaeda’s delayed response could be that the group has failed to make contact with Zawahiri’s presumptive successor, Saif al-Adl. Widely believed to be in Iran, Adl is clearly living in a dangerous and restricted environment. Not only has Iran always had a manipulative and untrusting relationship with al-Qaeda, but the country’s porous security makes it a dangerous place for people to hide. Senior Iranian officials are killed frequently in Israeli operations. One of these Israeli operations, likely undertaken at the request of the United States, targeted Abu Muhammad al-Masri, a former senior figure in al-Qaeda also sheltering in Iran; he was gunned down in the street alongside Hamza bin Laden’s widow in the middle of Tehran.

It could well be that Adl is in contact with al-Qaeda leadership and simply hiding away, fearful of raising his head above the parapet. While lying low, he could be looking to cement internal hierarchies in al-Qaeda, or making sure his life is not offered as a bargaining chip by Tehran in its ongoing efforts to normalize ties with the United States around the negotiations to restore the Joint Comprehensive Plan of Action. Or al-Qaeda and Adl might simply be unable to communicate with each other and coordinate their next steps while the current risks of exposure are so high.

Or Adl might be dead. If that is the case, the organization could be playing some sort of strategic game with the United States or its own people, trying to mask the leader’s death as some internal power struggle plays out. The Taliban sat on Mullah Omar’s death for years, revealing it only when their hand was forced by the need for senior approval of international negotiations.

Though the Taliban know something about keeping mum, their silence in this case is also puzzling. The Taliban presumably picked up the pieces of Zawahiri’s corpse and likely knew he was there in the first place, considering the house targeted in the drone strike was a stone’s throw away from some embassies in central Kabul. Their decision not to comment could be part of their efforts to manage their fragile but deep relationship with al-Qaeda, while also avoiding drawing attention to the foreign terror group presence in direct contravention of their agreement with the United States.

Regardless of the reason for al-Qaeda’s silence, it seems to be indicative of an organization that is not in control of its situation. Not responding to reports of a leader’s death and instead releasing an unconvincing proof of life audiotape indicates weakness rather than studied strength. The decision by al-Qaeda’s South Asia branch, al-Qaeda in the Indian Subcontinent (AQIS), to support the Tehrik-e-Taliban Pakistan (TTP) in its ideological and operational aims, including its opposition to the Pakistani state, might be a reflection of fragmentation resulting from this uncertainty at the top. The Taliban have been trying to act as a broker between Islamabad and the TTP, while still preserving their relationship with al-Qaeda—but AQIS’s partnership with the TTP seems to run against the strategy pursued by the Taliban and al-Qaeda’s core leadership. AQIS’s approach could be deliberate and coordinated, but more likely it indicates a lack of leadership from al-Qaeda core and possible fragmentation among its affiliates. In a recent propaganda release, AQIS reaffirmed its own legitimacy as the only “official” al-Qaeda entity in the region, potentially reflecting a level of confusion between cadre and organization since the news of Zawahiri’s death.

Assessments of al-Qaeda’s operations now often focus on groups in Africa taking on the leadership mantle of the organization. Terrorist violence has surged across much of the continent, while globally al-Qaeda is linked to an ever-shrinking number of attacks. This is an al-Qaeda that has transformed from the globe-straddling hubristic network that launched the Sept. 11 attacks to one that now plays second fiddle to the Islamic State and is unable to operationalize its own succession plans. While al-Qaeda’s African affiliates display undeniable strength and disturbing capability, they seem focused mostly on the parts of Africa in which they operate. This capacity could be turned toward external targets, but so far it has not. Though it would be foolish to entirely discount al-Qaeda, the group is no longer the menace that it once was and would struggle to return to its prior position.

The two-decade experience of trying to fight along a global frontline appears to have worn al-Qaeda down to a shadow of its former self, and the unacknowledged death of its leader in the middle of Kabul only serves to highlight this. Terrorism has not gone away, but it increasingly looks like the core of al-Qaeda has.

Managing Escalation While Competing Effectively in the Indo-Pacific

Human Security and Changing Threats: NATO’s Policies for 2022 and Beyond