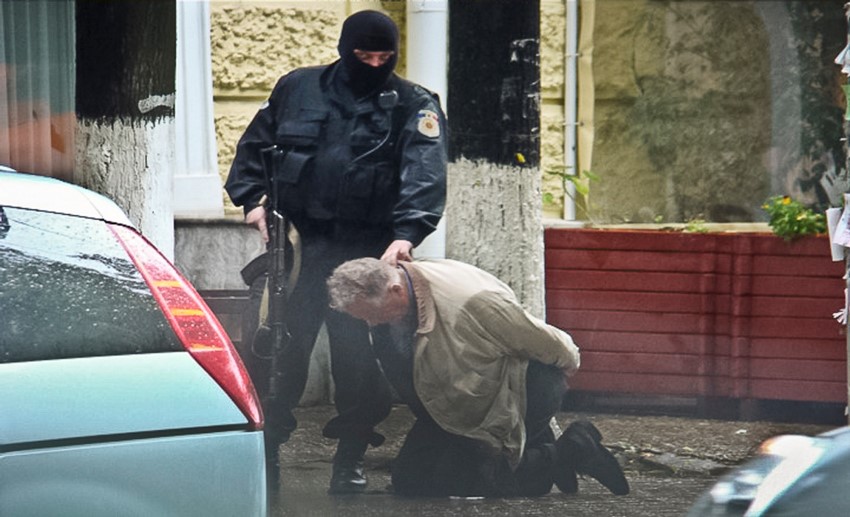 Over the past five years, four attempts by Russian gangs in Moldova to sell nuclear material have been thwarted by the FBI and Moldovan authorities.

The AP reports that the most recent case was in February when a smuggler, who specifically sought a buyer from Islamic State, offered undercover agents a large amount of radioactive caesium. The FBI provided a Mercedez Benz to an undercover police officer posing as a connected gangster.

The would-be smuggler wanted €2.5 million for enough radioactive material to contaminate several city streets. He was recorded at a club in the Moldovan capital Chisinau, telling the police informant who posed as a potential client: “You can make a dirty bomb, which would be perfect for the Islamic State. If you have a connection with them, the business will go smoothly.”

The BBC reports that the alleged kingpins behind the different plots received only short prison sentences, and the a few of them have resumed nuclear smuggling. Experts say that the radioactive material involved likely have come from Russian hospitals, and that so far there have been no indications that large quantities of deadlier fissile materials have been sold in Moldova’s nuclear black market.

Case files shared with AP by the Moldovan authorities show that smugglers have been exploiting the breakdown in cooperation between Russia and the west. “We can expect more of these cases,” said Constantin Malic, a Moldovan police officer who investigated all four cases. “As long as the smugglers think they can make big money without getting caught, they will keep doing it.”

The BBC notes that the files revealed a pattern in how the cases were handled, suggesting that there are flaws in Moldova’s anti-smuggling strategy. In all four cases, the Moldovan authorities arrested low-level suspects in the early stages of a deal, allowing the ringleaders a chance to escape with their nuclear contraband.

The most serious nuclear smuggling case began in the spring of 2011, with the investigation of a group led by a Russian named Alexandr Agheenco, aka “the colonel,” believed by the Moldovan authorities to be an officer with the Russian FSB. A middle man working for Agheenco was recorded trying to arrange the sale of bomb-grade uranium, U-235, and blueprints for a dirty bomb to a man from Sudan. When Agheenco got away the police had no information whether he had more bomb-grade nuclear material.