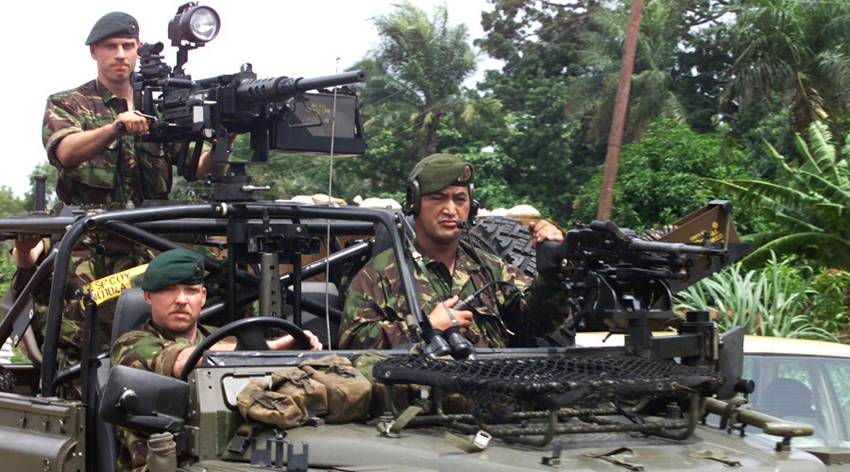 British prime minister David Cameron has said that hundreds of British troops will be deployed to Somalia and South Sudan to train African peacekeeping forces in order to foster “less terrorism and less migration.”

Cameron said he was offering forces to United Nations (UN) and African Union (AU) peace keeping missions to help bring conflicts in the two countries under control, especially as these conflicts are facilitating the rise of terrorist groups in Somalia and triggering mass migration from South Sudan, where more than two million people have been driven from their homes as a result of bloody skirmishes between the government and rebels.

Time reports that about seventy U.K. soldiers and officers will be sent to Somalia, where AU peacekeeping units have been deployed to tackle the Islamist group al-Shabaab. They British soldiers will not be involved in combat operations, instead focusing on training AU forces in logistics, engineering, and medical aid.

More troops — about 250 to 300 — are being sent to South Sudan to carry out specific tasks such as engineering advice and combat training. Cameron will unveil the British troop offer at a session on UN peacekeeping on Monday, hosted by the secretary general, Ban Ki-moon, and the president, Barack Obama, with dozens of other member states expected to make contributions.

Speaking before his arrival in New York, Cameron said: “We think Britain has a particular role in training and logistics and expertise and standards, so we want to step up what we are doing. But let me stress, we all want to see all the right force-protection arrangements in place but we should be playing a part in this. “What happens in Somalia, if it’s a good outcome, it’s good for Britain, it means less terrorism, less migration, less piracy; ditto South Sudan.”

He said it was “absolutely vital that the international community works together to shore up stability in Africa.” Over the years the United Kingdom has contributed to many peacekeeping missions, but now its role is largely limited to providing about 280 troops participating in the current mission in Cyprus.

The United Kingdom has also given about £260 million in aid to South Sudan since the start of the civil war in December 2013. Pressure has recently been growing on the British government to contribute more in the way of boots on the ground to strengthen the UN’s peacekeeping aims.