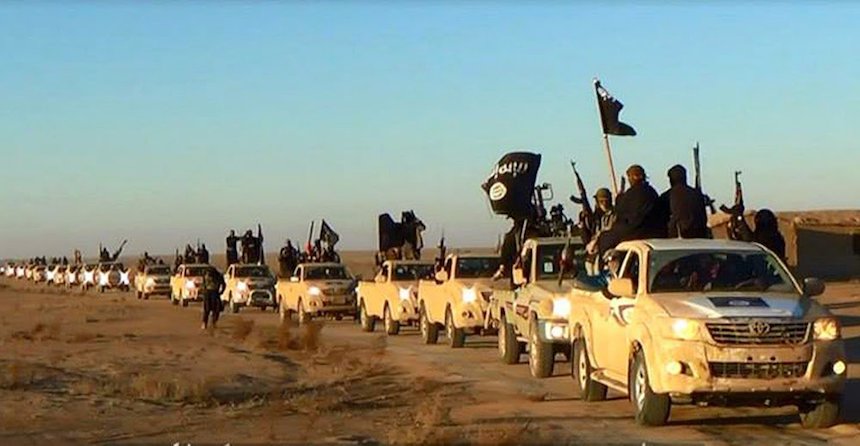 ISIS’s suicide attacks resemble Japan’s use of kamikaze pilots in the Second World War, says a study which looked at nearly 1,000 ISIS suicide operations in one year.

Between December 2015 and November 2016, at least 923 ISISjihadists killed themselves in suicide attacks according to the report, War by Suicide: A Statistical Analysis of the Islamic State’s Martyrdom Industry.

ICCT says that the report’s author, Charlie Winter, working with the International Center for Counter Terrorism in The Hague, analyzed these ISIS suicide operations and found that 776 of them – or 84 percent – were aimed at military targets, often in an attempt to slow down the advances of opposing ground forces.

Winter said ISIS had “industrialized the concept of martyrdom.”

“Adopting an approach that is, tactically speaking, more in line with the kamikaze pilots of Imperial Japan than the terrorists of al-Qaida in the 2000s, ISIS has militarized suicide more sustainably than any other non-state actor to date,” he said.

“ISIS’s suicide tacticians appear to have perfected their art, not only developing explosives that are more powerful and reliable than ever, but creating what appears to be a sustainable stream of utterly brainwashed would-be suicide fighters.”

Winter found that 651 suicide attacks — or 70 percent – were vehicle-born operations, in which militants blew themselves up while driving cars, lorries, tankers, Hummers, and other vehicles.

Only 20 percent of the attackers in the period the study covered were foreign fighters. The majority of the suicide bombers were Iraqi or Syrian. The highest number of foreign fighters came from Tajikistan, followed by Saudi Arabia, Morocco, and Tunisia. Two were British.

About two-thirds of the suicide operations were carried out in Iraq, the report says.

Winter found that the number of suicide missions varied from month to month – and even from week to week, and that the “fluctuations are not spontaneous.”

“Rather, they indicate that the Islamic State implements suicide attacks in a manner that is both carefully calculated and precisely coordinated,” he said.

Winter notes that the battle for Mosul demonstrates how suicide attacks re used as a military tactic, with ISIS using vehicle-borne suicide attacks at an “unprecedented rate.”

In the first week of the U.S.-led coalition’s offensive, ISIS claimed there had been 58 suicide operations in Mosul and its surroundings. In the months which followed, the average number of suicide attacks was about 19 a week.

“Behind every human bomb, there is a tactical or strategic objective,” Winter said. “The Islamic State uses suicide tactics in an unprecedented, unparalleled manner, one that has already transformed, almost beyond recognition, the conflict paradigm in Iraq, Syria and beyond.”

In addition to collecting data from the AMAQ, ISIS’s media wing, Winter also used provincial reports which ISIS issues on suicide attacks, and which are published as image files and offer greater detail.

ICCT notes that Winter assembled an archive of 15,014 reports from the time period under study, of which more than a thousand provided operational details on suicide attacks and their perpetrators.